Belt and Road Initiative a vision of cooperation for Turkey: vice consul 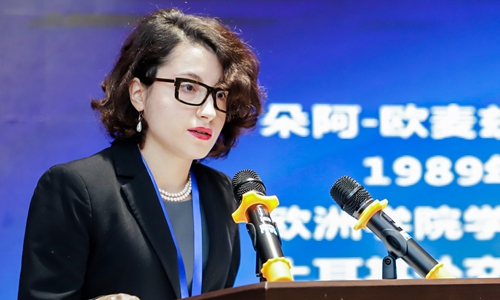 It is a great pleasure for me today to be here with you and to attend this meeting on the occasion of the Inauguration of the Zhejiang Foreign Studies University, Institute for Studies on the Mediterranean Rim.

The Mediterranean region is indeed one of the oldest basins of humanity. It has existed as a region during the development of various magnificent civilizations and hosted various forms of statehood.

The major role it played in the rise of philosophy, art and science was directly linked with its success in connecting people around it.

In our day, the region continues to connect the Middle East and North Africa, Europe and Asia. Therefore, the Mediterranean Sea plays a significant role in the terms of global economy as well as peace and security. Turkey’s primary objective is to strengthen regional and international cooperation in the Mediterranean.

Connectivity emerges as one of the key concepts of the 21st century. Increasing economic ties between China and Europe are giving the Mediterranean region an opportunity to enhance its place at the forefront of international trade.

At this point I want to briefly explain Turkey’s current position and future role in the wide picture of the Belt and Road Initiate. Turkey is situated at a unique location at the crossroads of important transport corridors, which connect Europe, the Middle East and Asia.

We are absolutely in favor of enhancing interregional uninterrupted connectivity through cooperation with partner countries. Turkey has long been promoting multi-modal transport corridors since the 1990s.

Our efforts for this aim have been realized with our Trans Caspian East-West ‘Middle Corridor’ initiative traversing the Caucasus region, the Caspian Sea, Central Asian countries and reaching all the way to China.

Our goal is to establish high-tech, efficient, cost-effective, sustainable transport and trade networks and to take part in the construction of the 21st century. We welcome all enroute countries’ efforts to materialize a new and modern Silk Road.

In this respect I would like mention two important developments. First, operationalization of the Baku-Tbilisi-Kars (BTK) Railway. It is a major breakthrough because it connects regions which had no connectivity before.

Second, China Railway Express departing from Xi’an and destined for Prague became the first freight train coming from China and reaching Europe via BTK railway and Marmaray. The Train reached Turkey in 12 days and arrived at its final destination, Prague in 18 days. In terms of the functionality of the Middle Corridor and its harmony with the BRI, the voyage of the mentioned train is of great importance.

Let me conclude my speech with the following words: We hope that in the 21st century the Mediterranean Sea, as the sea “between the lands”, will create the means to connect the countries around it and will keep being a symbol of creativity, of the search for the meaning of life and for wisdom.

Doğa Ölmez is vice consul in the Consulate General of Republic of Turkey in Shanghai.