BHUBANESWAR: The Odisha Pradesh Congress Committee (OPCC) on Thursday reiterated that there is a big scam in the procurement of masks and PPE kits by Odisha Government and demanded a high-level independent probe into the matter.

OPCC president Niranjan Patnaik along with working president Pradeep Majhi submitted a memorandum to Governor Prof Ganeshi Lal at the Raj Bhavan and apprised him of the mega scam amid the Covid-19 pandemic.

“We demanded an independent probe into this shameful case of corruption,” he said. 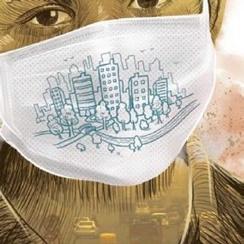 Patnaik said on the one hand Congress is distributing free masks and food to those in need in these difficult times, but the BJD politicians are busy minting money through the mask and PPE kit scam. Congress party will reach out to people and expose the corrupt BJD regime, he said.

The Centre had issued two notifications on March 21 and 24 for procurement of masks by stating that retail price should not cross Rs 10 and Rs 16 per piece. However, the State Government had purchased 30 lakh masks at Rs 16 per piece through the Odisha State Medical Corporation, he said.

Patnaik alleged that after ordering procurement of masks and PPEs at a higher price, the Government also withdrew an order placed for purchase of masks from the portal on March 18. He alleged that there have been large-scale irregularities in the purchase of test kits. All the District Congress Committees (DCCs) also submitted memorandum to the Governor in this regard through the Collectors.

However, the ruling BJD dismissed the allegations as baseless. BJD spokesperson Sasmit Patra maintained that the Government never paid a single penny beyond the actual rate. Initially, Centre fixed rate of mask at Rs 10 per piece and later hiked it to Rs 16 per piece on demand of producers due to material shortage.
Stating that several other states including Maharashtra, Gujarat, Karnataka, West Bengal and  Tamil Nadu have purchased masks at the rate of Rs 16 per piece or at more price, Patra asked the opposition political parties not to resort to such cheap politics at the time of a pandemic.