In 2019, a Snowflake IPO was announced to come to the market. And recently the company confidentially filed with the SEC. Now, investors want to know when to expect Snowflake stock.

But is Snowflake a good investment? Here’s what we know… 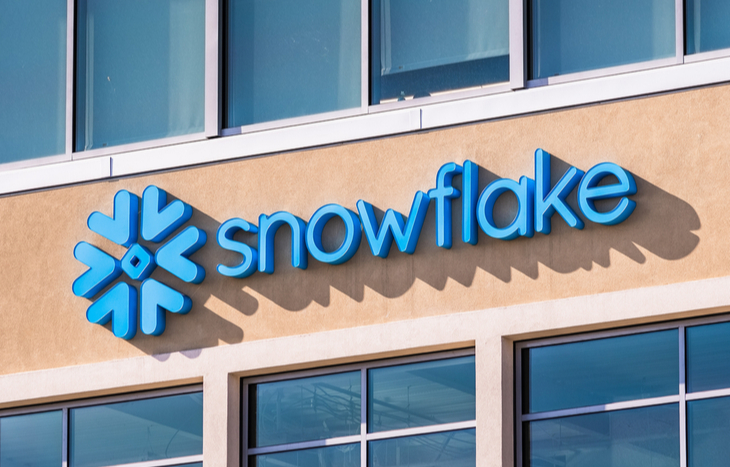 Three data warehousing experts founded Snowflake in 2012, naming it for their love of snow sports. The company’s first CEO was venture capitalist Mike Speiser. He remained at the company while it was in stealth mode. It wasn’t until October 2014 Snowflake launched to the general public under its new CEO Bob Muglia. Muglia brought experience from his time with Microsoft where he held several executive positions.

In 2019, former ServiceNow CEO Frank Slootman became Snowflake’s new CEO. And in October 2019, he said there might be a Snowflake IPO in the summer of 2020. The company recently reached a valuation of $12.4 billion. And it looks to be worth even more.

Snowflake ended is Series G funding in February. The round closed with $479 million raised. With that amount, Snowflake raised $1.4 billion since its founding. And reached a valuation of $12.4 billion.

This isn’t unusual for tech startups. But Slootman thinks the Snowflake IPO will further increase the company’s value. At the time of the company’s last funding round, he claimed revenue grew 174% last year and would soon hit $1 billion. He stated:

“The reason is that our growth trajectory is so fierce and our addressable market is so large. When companies grow so fast, as Snowflake has, the valuation may seem like a big number now but not later. When I was with ServiceNow, the valuation was $2.5 billion when we went out and now it has a $65 billion valuation.”

Analysts estimate the launch of Snowflake stock could bring the company’s value to $20 billion. But the timing couldn’t be better for this tech startup.

Since social distancing orders in March 2020, more employees are working from home. As a result, companies need better platforms to store data and information online. This allows employees to be more productive from home.

So, demand for cloud services has increased. And this led to the successful IPO of Kingsoft, a cloud service provider in China. It’s also why the Snowflake IPO is likely to see success. Cloud providers let companies store data online rather than a physical location. This lets employees access data from almost anywhere.

“I’ve been getting emails from CTOs all over the place saying that COVID-19 is accelerating their interest. It’s become a catalyst for driving investments in data platforms. The reason is, they’re trying to figure out what the hell is happening to them. There’s an old soccer player in Europe who used to say, ‘Every disadvantage has its advantage.’ And that’s sort of what’s happening here. We’ve become a beneficiary of really bad things happening in the world because they need our platform to help understand it.”

Although countries are starting to re-open, it’s likely social distancing practices will continue until there is a coronavirus vaccine. This could give companies like Snowflake a long-term advantage.

And if you’re interested in investing in Snowflake stock, you want to know…

When Will Snowflake IPO?

Snowflake confidentially filed with the SEC. That means the company’s filing doesn’t need to be public until 15 days before its roadshows. By doing this, Snowflake is less likely to be affected by market fluctuations and investor criticism until the company is ready to launch on the market.

If you’re looking for the latest investment opportunities, Investment U is the place to be. Sign up for our free e-letter below! It’s full of useful tips and research from our experts. Whether you’re a beginner or an experienced investor, there’s something for everyone.

Some analysts think the Snowflake IPO will come as early as Q3 of this year. And as the markets show signs of recovery from the coronavirus crash, the timing couldn’t be better for Snowflake stock.