Diageo has unveiled a plastic-free, paper-based spirits bottle, which will debut on the company’s Johnnie Walker range of Scotch Whisky early next year, with PepsiCo and Unilever joining the brewer in creating a new consortium for plastic-free packaging. 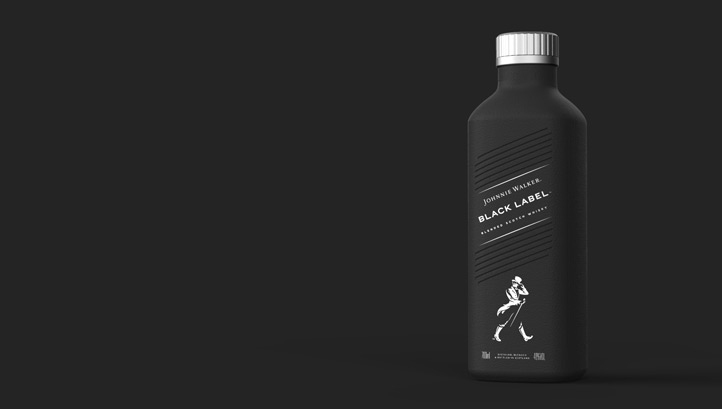 Diageo has launched a new partnership with venture management firm Pilot Lite to launch Pulpex Limited, the company behind the sustainable packaging technology

Diageo, which makes renowned drinks such as Smirnoff and Guinness, claims the bottle is the world’s first-ever 100% plastic-free, paper-based variant. The bottle is made from sustainably sourced wood fibre and meets food-safe standards.

According to Diageo, the packaging will be fully recyclable in standard collection and waste streams.

Diageo’s chief sustainability officer Ewan Andrew said: “We’re proud to have created this world first. We are constantly striving to push the boundaries within sustainable packaging and this bottle has the potential to be truly ground-breaking. It feels fitting that we should launch it with Johnnie Walker, a brand that has often led the way in innovation throughout its 200 years existence.”

Last summer, Diageo announced that it had invested £16m in an initiative to remove all plastic packaging from its Guinness, Smithwicks and Harp multipacks.

The plastic shrink wrap currently used to house the products, and the flexible plastic six-pack rings used to keep the cans together, will be replaced by cardboard sleeves and boxes, in a move which will reduce Diageo’s plastic waste footprint by 400 tonnes per year. The firm claims that this weight is equivalent to the amount of plastics used to make 40 million 500ml drinks bottles.

As part of the new bottle unveiling, Diageo has launched a new partnership with venture management firm Pilot Lite to launch Pulpex Limited, the company behind the sustainable packaging technology.

Pulpex will produce a variety of plastic-free, single mould bottles that will be used across a new consortium of major FMCG companies, which includes PepsiCo and Unilever.

The consortium partners will attempt to launch their own branded bottles using the Pulpex technology in 2021.

Commenting on the announcement, Unilever’s chief R&D officer, Richard Slater, said: “We believe in tackling plastic waste through innovation and collaboration. We are going to halve our use of virgin plastic at Unilever, reducing our use of plastic packaging by more than 100,000 tonnes in the next five years.

“Joining forces to develop and test paper bottles is an incredibly exciting step forward, and we’re delighted to be working together to tackle one of the biggest environmental challenges of our time.”

In October, Danish brewer Carlsberg unveiled prototypes of the world’s first beer bottles made from recyclable and bio-based materials. Carlsberg will test the barrier technology with the ambition of being able to commercialise a 100% bio-based bottle that doesn’t contain polymers.

Carlsberg has also announced the formation of Paboco, the Paper Bottle Company, which is a joint venture between renewables material company BillerudKorsnäs and plastic bottle manufacturing specialist Alpla.

On the day of its formation, Paboco launched a paper bottle community. Carlsberg is one of the founding pioneers of this community and has been joined by The Coca-Cola Company, The Absolut Company and L’Oréal.

The companies will each evaluate the technological performance of paper-based bottles provided by Paboco, with each firm aiming to launch products as part of consumer trials over the next few years.

The move from Diageo builds on its global plastics strategy, which includes a headline commitment of ensuring that all plastics it uses are widely recyclable, reusable or compostable by 2025.

Diageo’s strategy additionally targets the inclusion of 40% average recycled content in plastic bottles by 2025, rising to 100% by 2030. Diageo has also committed £180m in clean energy generation and water recovery across 11 of its brewing facilities in sub-Saharan Africa.