Tennessee needs to demand more of FedEx and its safety practices following the death of another worker at the FedEx Express World Hub in Memphis, a local attorney who has represented families of deceased hub workers said.

Attorney Jeffrey Rosenblum said Thursday he hasn’t been contacted by the family of Duntate Young, who died in a hub accident Wednesday. But of the cases he’s been involved with, he said there’s been a “predictable misuse” of facility equipment that manufacturers should have safeguarded against.

“Third-party contractors selling to FedEx have a duty to build machines in a safe way, but FedEx has an independent duty of that,” said Rosenblum, who has represented three families of people who died while working at the hub. “I’m not sure if FedEx is going above and beyond to do that.”

Attorneys from The Cochran Firm are representing Young’s family, saying in a joint statement Friday that FedEx “has been uncooperative in our attempts to gather information on behalf of Duntate’s family.”

Young, 23, was pronounced dead Wednesday after being transported from the hub to Regional One Medical Center, city police and fire officials said.

“It is not our intent to speculate on what led to Duntate’s untimely passing,” The Cochran Firm attorneys Howard Manis, Andy Clarke and Reganel Reeves said. “Our No. 1 priority is to ensure that Duntate’s family is given a clear understanding of what happened in this situation.”

Shannon Brown, Senior VP of Operations at FedEx Express, said the investigation is ongoing and “no one has determined all the facts of what happened in this tragic accident.” FedEx management was on site at the hospital and the company has reached out to the family to discuss what happened, he said.

Young was a temporary employee at the hub and had been with FedEx for about two months, Brown said. He went through the same training process, including safety training, as all other hub employees do before given any work assignments, Brown said.

The FedEx Express World Hub employs more than 11,000 people, handles hundreds of thousands of items per hour and is ramping up for the holiday delivery rush by hiring seasonal workers. Memphis International Airport, where the hub is based, is North America’s busiest cargo airport due to FedEx’s presence.

“I have about seven of my nieces and nephews that are employees of the hub and wouldn’t have any problem recommending hiring one tomorrow, because we do place a great emphasis on safety,” Brown said.

Fourth death at hub since July ’14

Young’s death is the fourth workplace fatality at the Memphis hub since July 2014.

“To me, it’s a shame, and we as a community, we as a state, need to demand more of one of our largest employers,” Rosenblum said, adding that FedEx’s pursuit of speed in its hub operations could be a reason for equipment misuse.

FedEx said in a statement that employee safety is its top priority and “even one accident is too many.”

Material handler Chandler Warren, 19, was crushed under a cargo loader platform at the hub on July 2, 2014, according to an investigation by the Tennessee Occupational Safety and Health Administration. Warren had been working for FedEx for about four months.

Rosenblum said the loader had no safety stop and Warren was in the operator’s blind spot. 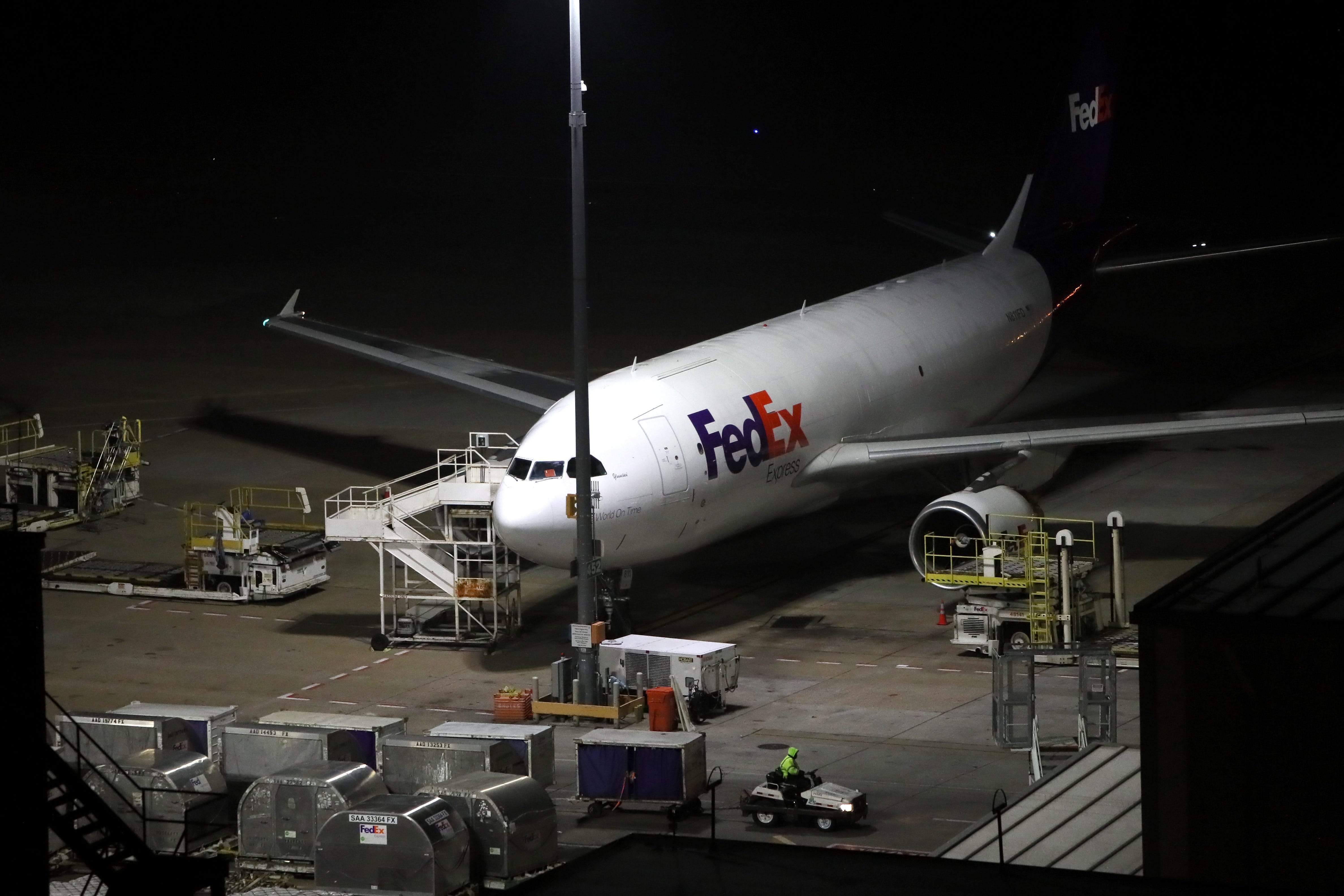 On Nov. 22, 2015, employee Christopher Higginbotham, 39, apparently fell off the cargo tug he was operating and was run over by one of the attached dollies, according to a TOSHA inspection. Each dolly can carry around 2,300 pounds.

“The victim picked up the cargo TUG early in the morning, and approximately one hour later, security found the victim under the first dolly,” the inspection report said.

On Nov. 22, 2017, 60-year-old employee Ellen Gladney died after being struck by the auxiliary deck attached to a cargo loader. TOSHA’s report said the operator “noticed the victim had been run over” after Gladney went to grab the emergency stop controller for the loader, out of the operator’s line of sight. 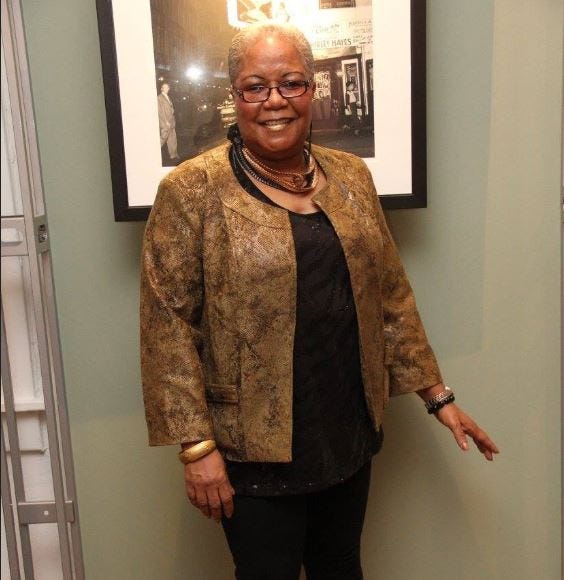 Ellen Gladney, 60, died after being dragged beneath equipment at the FedEx hub on Thanksgiving 2017. Her children are suing the manufacturers of that equipment for $3 million. (Photo: The Gladney Family)

In its annual global citizenship report, FedEx reported seven work-related employee deaths in its 2018 financial year, seven in 2017 and six in 2016. Those resulted “from an occupational injury or disease sustained or contracted while in the organization’s employ,” per the report.

FedEx also reported its lost time injury rate, which increased in the U.S. and Canada.

“We have investigated the root causes of this increase and are working to improve safety performance going forward through new training methods, additional implementation of industry-leading technology, and initiatives to make sure our Safety Above All approach is reflected in every action,” the company said in the report.

It’s not just Amazon that FedEx and UPS have different approaches to. The rivals’ overall e-commerce strategies clash with each other, per analysts.
Raymond Padilla, Memphis Commercial Appeal

FedEx defines lost time injury as a “nonfatal traumatic injury that causes any loss of time from work beyond the day or shift it occurred; or a nonfatal nontraumatic illness/disease that causes disability at any time.”

FedEx says “safety above all” is a core belief of the company. The logistics giant says it invests millions of dollars every year to prevent accidents and injuries.

Among FedEx’s new workplace safety investments is implementing auto-docking capabilities on airport ground service equipment, according to its global citizenship report. This way, operators don’t have to maneuver the equipment on the last three meters toward the cargo plane, it said.

Additionally, FedEx Express has a “slip and fall simulator” at its Memphis hub which teaches employees how to handle maneuvering around obstacles and carry packages during inclement weather, the report said.

“In short, we have high standards,” FedEx says on its workplace safety web page. “To ensure we live up to them, our global network of safety professionals works closely with management and team members on methods to avoid injuries and accidents. They also collaborate with our service providers to ensure accountability for safety.”

Max Garland covers FedEx, logistics and health care for The Commercial Appeal. Reach him at [email protected] or 901-529-2651 and on Twitter @MaxGarlandTypes.