Another day, another downward slip in spot rates for the workhorses of dry bulk shipping known as Capesizes — larger vessels with a capacity of at least 100,000 deadweight tons (DWT), usually around 180,000 DWT.

Given the breakeven rate of around $13,000 a day, it’s still a strong market, but the margin continues to narrow.

On the demand side of the equation, executives continue to blame Brazil for rate weakness. The main drivers of Capesize rates are Chinese iron-ore imports from Australia and Brazil. Since the route from Brazil is triple the distance, it soaks up three times as many Capes to carry the same volume. 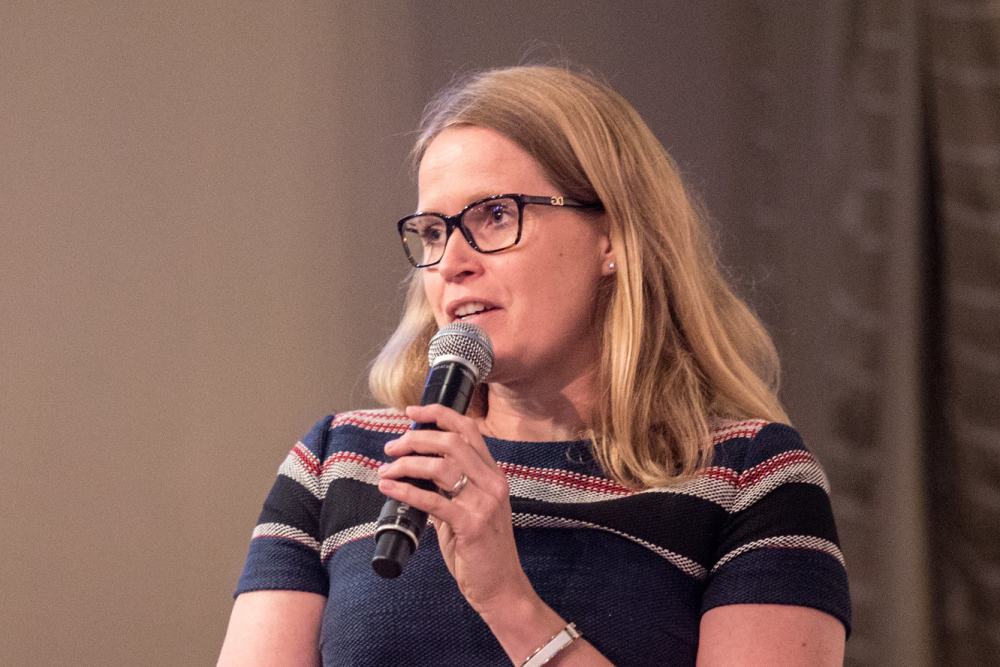 According to Birgitte Ringstad Vartdal, the outgoing CEO of Golden Ocean (she announced her resignation hours before the call), “At the start of the fourth quarter, it looks like [Brazilian iron-ore miner] Vale [NYSE: VALE] is struggling a bit with its production system and there has also been a lot of early rain in Brazil. Vale has reduced its guidance for the fourth quarter and has guided a moderate production level in the first quarter.

“In the spot market, we see ships on the Australia-China route being fixed constantly, every day, but we see a lack of volume on the Brazil-China route,” she continued, noting that this “should reduce the number of vessels that are willing to ballast toward Brazil.” In other words, after Capesizes unload iron ore or coal in Asia, they should be less willing to sail empty all the way back to the Atlantic, which should eventually reduce bulker capacity in that basin and bolster rates.

Starting in the first quarter of 2020, Star Bulk CEO Petros Pappas believes Capesizes will get a demand boost as a result of new fuel regulations. The IMO 2020 rule will require all ships not equipped with exhaust-gas scrubbers to switch from 3.5% sulfur fuel oil to more expensive 0.1-0.5% sulfur fuel oil as of Jan. 1.

Pappas believes this will cause cargo demand to “cascade” upward from smaller-size bulkers to Capesizes. Smaller ships are not installing as many scrubbers, so they will have to use more expensive fuel, which he expects will induce more slow steaming by these vessels and reduce their effective capacity. Larger ships will be “more economical” and will see higher demand, he predicted.

What has perplexed some market watchers is that Capesize rates are falling at a time when so many of these vessels are supposed to be out of service for scrubber installations. That should have pushed rates higher due to fewer in-service Capes vying for spot voyage deals.

One explanation is that Capesize installations have been pushed back in the queue, with container ships getting served first. If true, the dry bulk supply reductions would increase going forward. In other words, the tailwind for rates is still coming. It hasn’t yet been fully felt. 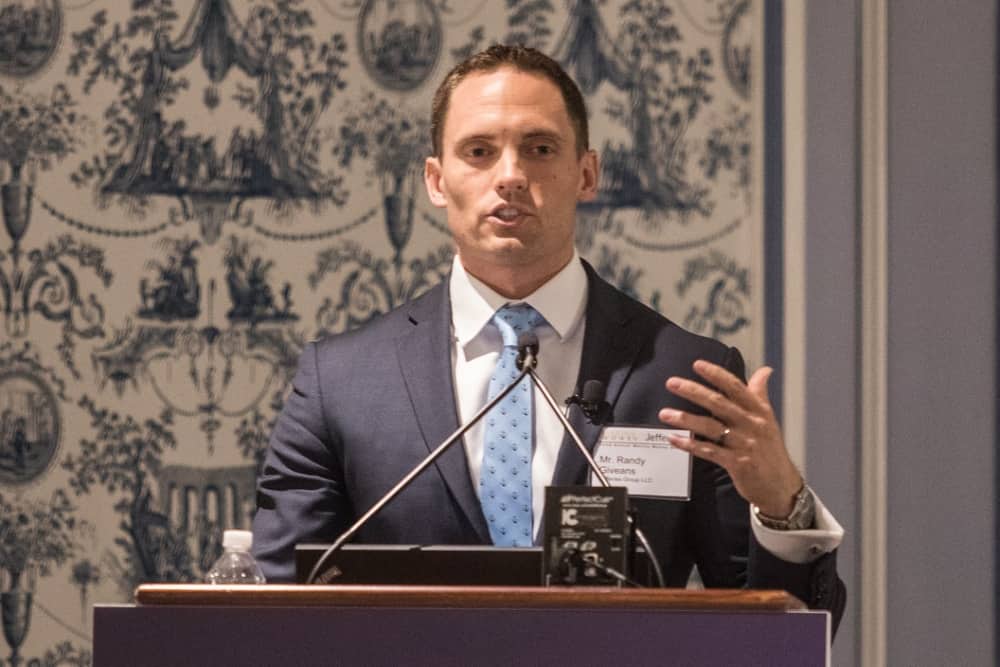 He told FreightWaves, “I expect a bounce up in December as more Capes go off-hire for scrubbers, other vessels stop to clean out fuel tanks in preparation for the switch [to 0.5% fuel] and iron-ore cargoes ramp up from both Brazil and Australia. I wouldn’t be surprised if Capes exceed $25,000 a day and even touch $30,000 a day at some point in the next six weeks.”

Pappas sees Capesize scrubber installations extending well into the first quarter, “which is good because the first quarter is always the slowest quarter and this time it should be much better compared to previous years.”

Another possible explanation for falling fourth-quarter rates despite scrubber-installation downtime is that Capes being pulled from service for scrubber installations are being counterbalanced by new capacity from two sources: newbuilding deliveries and bulkers pushed into the spot market because of disincentives in the time-charter market.

Meanwhile, more ships are vying for spot contracts because there are fewer vessels on time charters. As previously reported by FreightWaves, the IMO 2020 rule is causing pushback in the time-charter market. In a spot contract, the vessel operator pays for fuel; in a time-charter contract, the charterer does. Because the post-Jan. 1 fuel price is so uncertain, charterers are waiting on the sidelines to see what happens.

“My impression is that charterers are reluctant to take a position at the moment,” explained Vartdal. “There has been little activity on the time-charter market now because of the preparations for IMO 2020. I think that once you are through January and tanks are cleaned and fuel is shifted, you will see more activity coming back in the period [time-charter] market.

“Charterers are not chartering in vessels at the moment because with a time charter, the charterer has to fuel the vessel. This period [the fourth quarter] is when all owners are cleaning tanks and changing fuel. I think the charterers prefer just to wait and do spot voyages instead.”

She also noted that owners would rather keep ships in the spot market during the IMO 2020 transition. “It’s not just that the charterers are not willing to take the risk. It’s also that we would like to have control of the actual change of fuel. When we are into 2020 and ships either have a scrubber or they have changed fuel, you will see more activity in the charter market,” she predicted.

Golden Ocean reported net income of $36.7 million for the third quarter of 2019 versus net income of $35.3 million in the same period last year. Adjusted earnings per share came in at $0.28, slightly better than the consensus forecast for $0.25 per share.

It obtained an average rate for all vessel classes of $19,727 per day in the most recent quarter, up 70% from the second quarter of this year and up 11% from the third quarter of last year.

In keeping with an industry-wide trend toward higher dividends, Golden Ocean announced a $0.15 per share dividend for the third quarter, up from $0.10 per share in the second quarter.

Star Bulk reported net income of $5.8 million for the third quarter of 2019 versus net income of $26.1 million in the same period last year. Adjusted earnings per share of $0.18 were in line with the consensus forecast.

Star Bulk reported average rates of $14,688 per day for the most recent period, roughly flat versus the third quarter of 2018. It currently has 68% of its available days booked for the fourth quarter at an average rate of $16,284 per day. For its larger Capesize and Newcastlemax ships, it has 64% of fourth-quarter available days booked at an average of $23,599 per day. 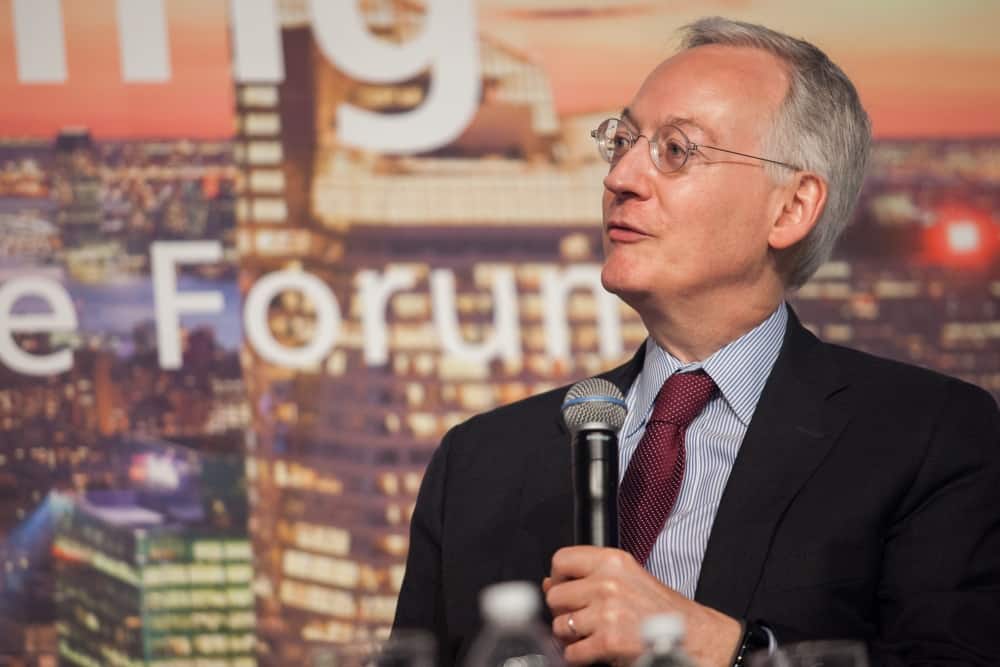 The central focus of analysts was the decision by Star Bulk to restart its dividend policy. It is paying out $0.05 per share for the latest quarter under a floating dividend policy through which it returns effectively all of its surplus cash flow to stockholders.