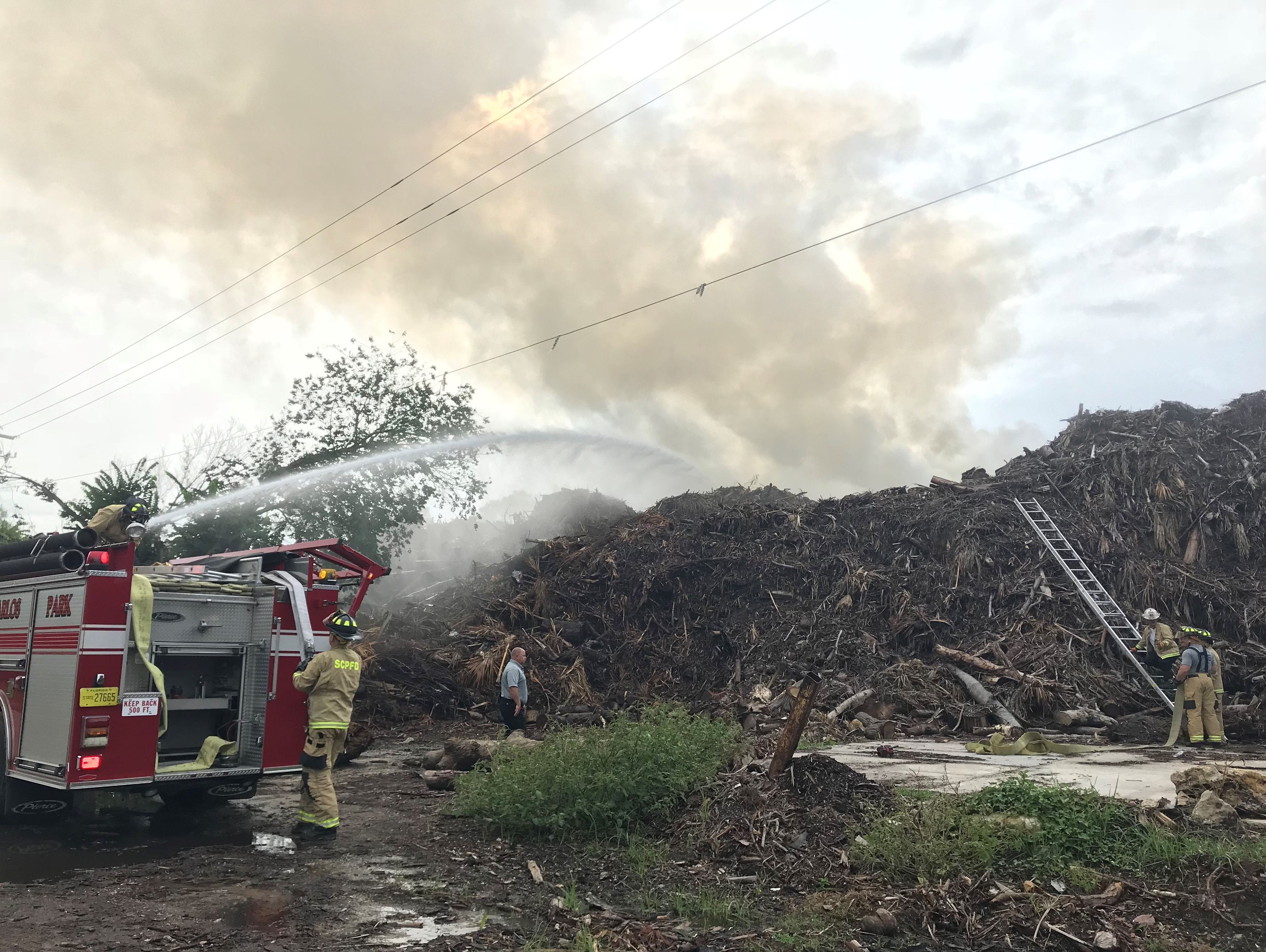 A Lee County circuit court judge has refused to issue a temporary injunction to stop MW Horticulture from continuing to process plant waste at its facility in the county’s San Carlos area.

The order issued Tuesday by Circuit Judge James Shenko was the second in less than a week that accepted the claim by MW Horticulture that the immense amount of waste generated by Hurricane Irma overwhelmed its facilities.

The company has been in a legal battle with Lee County and the state environmental agency over the company’s management of immense piles of vegetative waste waiting to be processed into mulch.

State and county agencies have complained that the company has not kept up with the amount of agricultural rubble on its sites, leading to smoky fires that have at times shut down a section of Interstate 75 through North Fort Myers and a stretch of Michael G. Rippe Parkway in South Fort Myers.

Shenko’s order stated that the company had processed “over 70% of the horticulture waste in Lee County” during 2017 when Hurricane Irma swept through the county with winds of more than 80 mph, leaving downed trees limbs and flooding in its wake.

“MW Horticulture was inundated with material deposited at their facility by Lee County, the Florida Department of Transportation, FEMA and others,” Shenko’s ruling said. “Lee County lacked the adequate capacity to properly process and dispose of this material and relied heavily on MW Horticulture at their facilities to deal with the state of emergency.”

Lee County Attorney Richard Wesch said it would be “improper” to comment on the ruling from Shenko, but disputes repeated claims from the owners of MW Horticultural that it fell behind because Lee County sent so much post-Irma waste to company sites.

“The county does not maintain yard waste processing and disposal sites of the magnitude necessary to respond to a natural disaster such as Hurricane Irma,”  Wesch said in a statement.  “Pursuant to our disaster plans we maintain contracts with yard waste collection entities and disposal entities … the defendants’ site was utilized by a collection contractor for the county.”

Welsh also said that MW was paid “nearly one-half of a million dollars” in yard waste disposal costs. An emergency hearing has been scheduled for November in a suit filed by the county against MW Horticulture and Minus Forth Technologies, owner of the property.

The Florida Department of Environmental Protection sued MW Horticulture and the owner of the San Carlos property where MW operates a recycling facility. The September 2019 suit claimed that MW had accepted new yard trash and vegetative waste at its yard on Thomas Road in San Carlos after agreeing to take action to reduce the on-site stockpiles.

The company also operates a site in North Fort Myers between East Street and I-75 in a neighborhood with a combination of homes and industrial ventures.

DEP claims that MW Horticulture failed to live up to a consent order signed with the department in February of last year in which it was supposed to take steps to resolve issues that included fires on the site. Required measures included a 20-foot wide access road around its horticultural operations, reducing piles to no more than 25 feet in height, and providing the agency maps showing that all of the waste was within 50 feet of a point of access for fire trucks.

Shenko’s order said MW Horticulture had proved that the request for an immediate temporary shutdown order should be denied because it would represent “an extraordinary remedy that should be granted sparingly” and that DEP had “failed to demonstrate the necessity” for a temporary injunction.

More of our coverage: Stop work ordered for facility after fire closes roadway

Denise Houghtaling, who owns MW Horticulture with her husband, said Tuesday evening that they were “extremely pleased” with the ruling.

“We now have two independent judges that agree that the county was ill prepared for the hurricane and put the burden on our company,” Houghtaling said.

Last week, a state administrative law judge agreed with DEP that the company should not be entitled to renew its registration to operate the organic waste facilities in North Fort Myers and San Carlos. In that ruling, Judge Francine Ffolkes criticized many aspects of the company’s operations.

Some of those practices included the failure to keep all mulch piles within 50 feet of fire department access points, not installing a perimeter road around its piles of horticultural waste, and being too slow to remove unprocessed waste material on the Seminole Gulf Railway right-of-way through the San Carlos operation.

But Ffolkes found that Irma left behind “an overwhelming volume of material” that took “considerable time” to remove from county streets.

Her decision must be accepted as a “final order” from DEP Secretary Noah Valenstein to have legal effect. 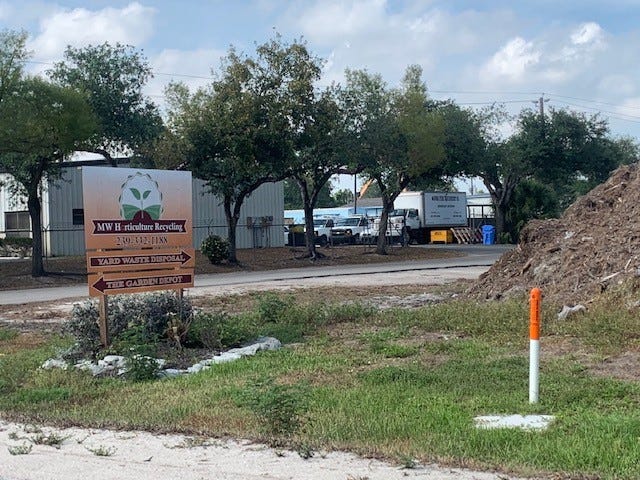 Despite being critical of HW Horticulture operations, Ffolkes decided not to designate the company as an “irresponsible applicant” that could have prevented fires and violations by “reasonable compliance” with rules.

In the circuit court case, Shenko’s order took particular aim at claims that MW Horticulture engaged in unauthorized mechanical compaction, which reduces the size of piles of horticultural waste by driving heavy equipment over them.

Shenko noted that the San Carlos fire department “knew MW was operating equipment on the piles to suppress fires, and indeed had put their own equipment onto the piles on at least one occasion to do the same.”

Lee County is levying $200-per-day fines against the company for violating a county hearing examiner’s order that the site be cleaned up. The county has scheduled an emergency hearing to shut the operation down.

The DEP administrative proceeding preventing HW Horticulture from renewing its permits is awaiting a final order from Valenstein.

The circuit court case presided over by Shenko is heading toward trial where it is possible that permanent injunctions could be ordered.

The company also has filed for bankruptcy protection with reported assets of $4.8 million and liabilities of $3.8 million. Much of the assets are equipment and inventory that cannot easily be converted to cash.