A new exhibit at the Kentucky Science Center takes you inside UPS’s newest aircraft, the Boeing 747-8F, and the Worldport air hub in Louisville.

Think you could land a UPS cargo plane?

Now you can try at the Kentucky Science Center where a new permanent exhibit gives your family the opportunity to take a closer inside UPS’s newest aircraft, the Boeing 747-8F, and Worldport — UPS’s international air hub in Louisville.

The exhibit — One World by Air Cargo — landed on the second floor of the museum Thursday. It includes interactive displays including a flight simulator, airline decision-making scenarios, fuel and distance calculations, trivia, video, and an opportunity for visitors to learn to load boxes into a real UPS air container.

“We hope to see some future pilots, mechanics and dispatchers in the future who were inspired by the time they spent in this exhibit,” said Jim Mayer, public relations manager for UPS Airlines.

Kid tested on opening day, the most exciting part of the exhibit appears to be the Pilot Training Simulator. With three flying scenarios, guests can take off, land, or cruise at altitude — all from UPS Worldport inside Louisville Muhammad Ali International Airport and safely get the plane to its next destination. The software is the same design that UPS pilots use when they train.

Another cool aspect of the exhibit at 727 W. Main St., is the 1:20 scale model of the 747-8F and information about the mechanical workings of these state-of-the-art aircraft.

And what better time to learn about these incredible flying machines? With plenty of people shopping online during the long COVID-19 shutdowns, these planes have been circling the planet carrying e-commerce shipments, as well as life-saving medicines and critical parts that save lives and jobs. 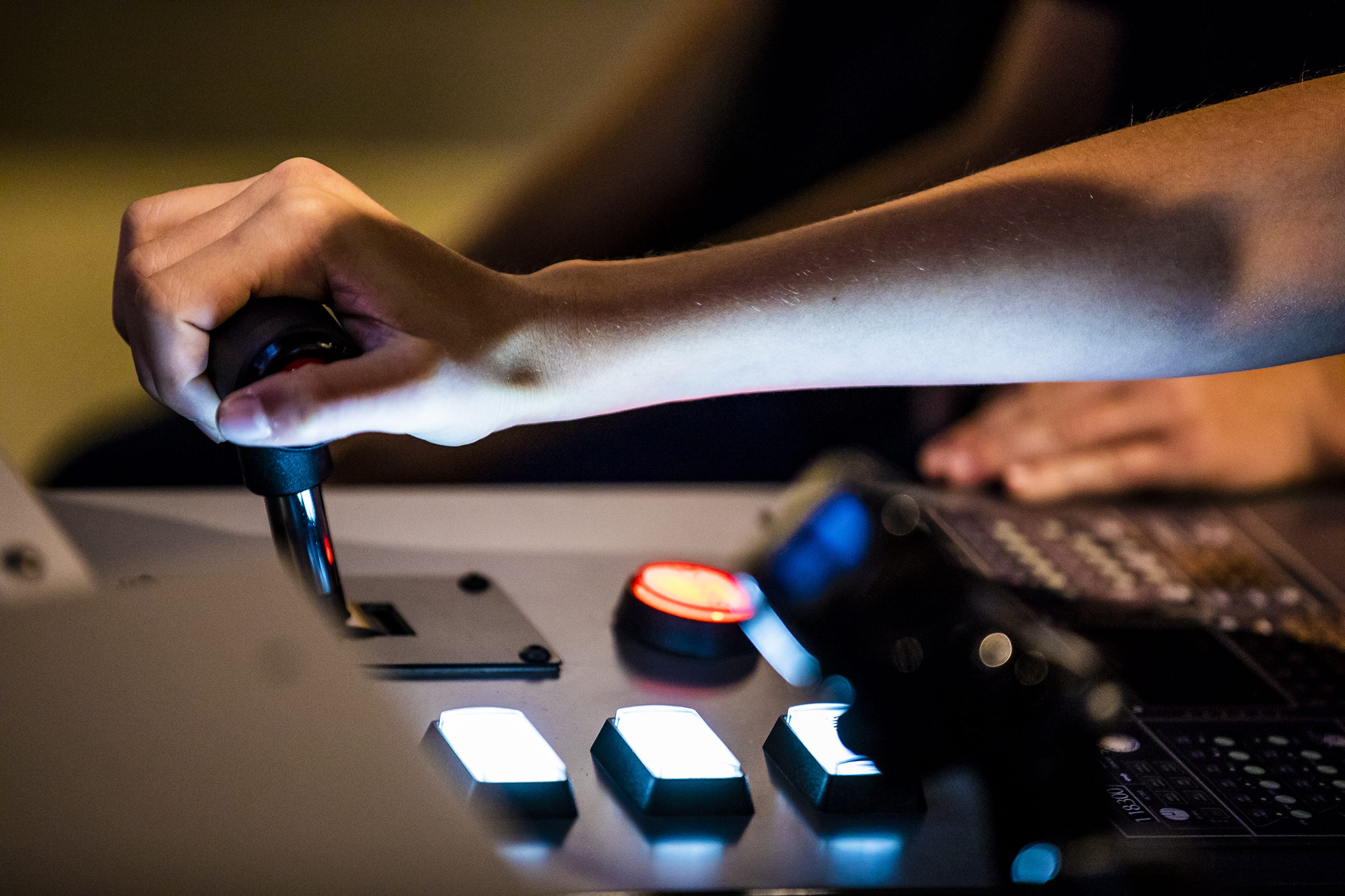 A child pulled the throttle of the flight simulator at the new ‘One World by Air Cargo’ at the Kentucky Science Center. Oct. 15, 2020 (Photo: Jeff Faughender/Courier Journal)

The jumbo jets are based at Louisville’s UPS Worldport, which is the largest package sorting facility in the world and processes more than 2,000,000 packages per day, peaking at 4,000,000 during the holiday season. UPS is the largest employer in Louisville with 25,000 employees.

“We’re excited to see this exhibit come online to educate, entertain and showcase future opportunities for prosperity for Louisville Metro,” said UPS project liaison Kelly Hoggard. “This has been a two-year collaboration among Kentucky Science Center, Boeing and UPS, and we’re thrilled to share it with our community.”

The Kentucky Science Center is open seven days a week from 9:30 a.m.to 5 p.m. Admission is $13 for children and $17 for adults. For more information, visit kysciencecenter.org.

Also: ‘Coffee is everything’ for this immigrant duo running Louisville’s new Ethiopian cafe

COVID-19 safety protocols are followed at the Kentucky Science Center including mandatory masks, social distancing and hand sanitizer stations throughout the facility. 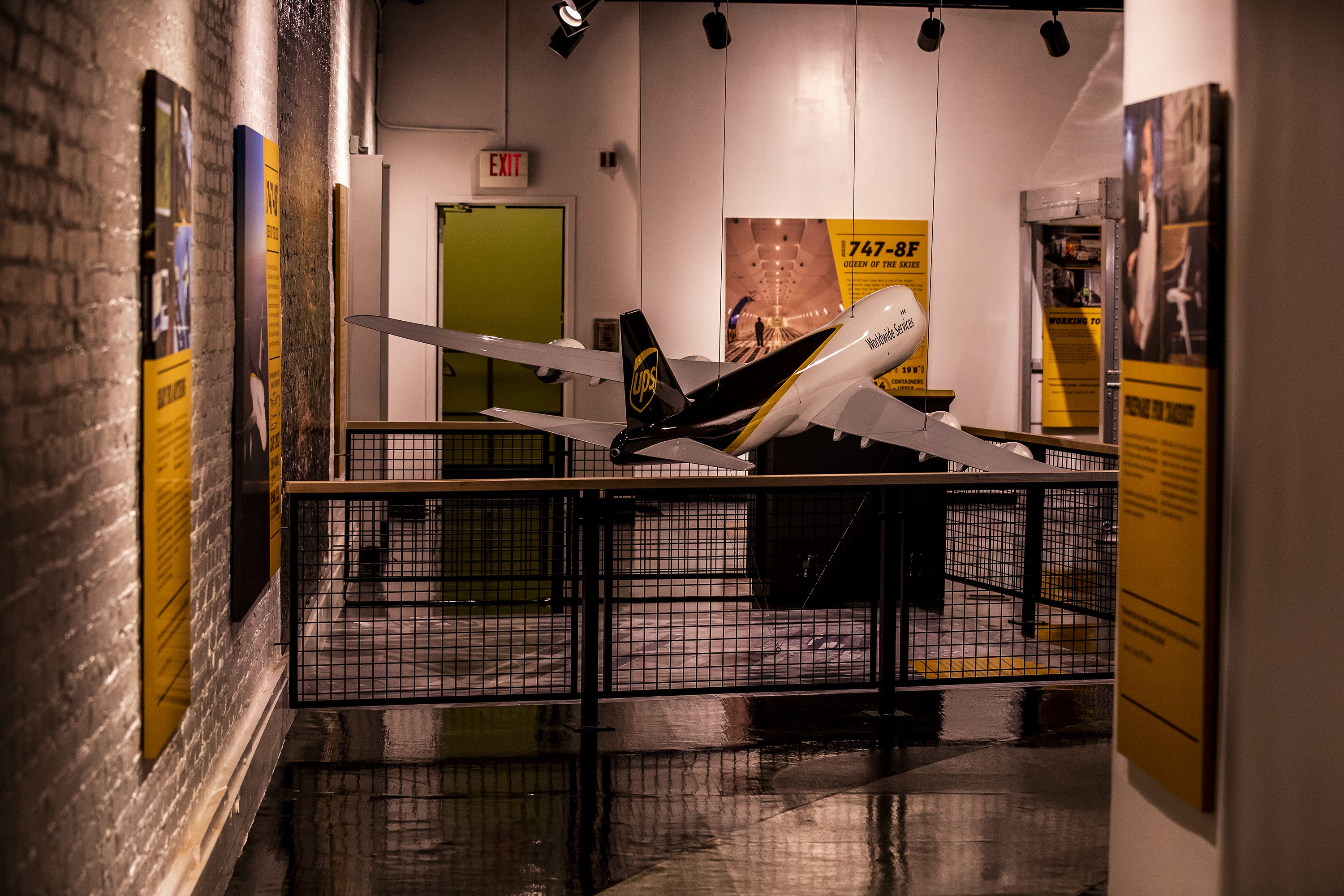