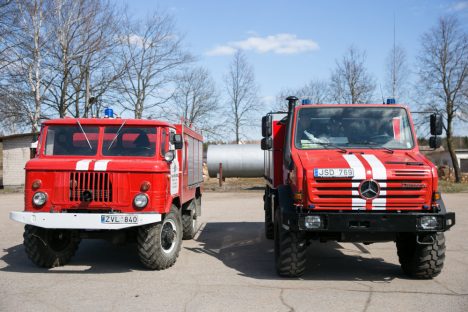 2020 will mark the conclusion of the procurement of 120 Unimog cargo vehicles. In 2019, Latvian army also commenced a procurement of another type of transports and special logistical vehicles, as confirmed by Defence Ministry.

Some of the 120 Unimog vehicles have already been received by Latvian armed forces.

The army had also commenced a procurement of cargo vehicles with carrying capacity of five to 15 tonnes, as well as logistical vehicles above 15 tonnes last year.

In accordance with the contract signed with USA on the supply of four Black Hawk helicopters, Latvian air forces plan to procure necessary warehouse equipment, as well as different maintenance and repair equipment.

Among the most important plans outlined for 2020 is also the transition to a new combat uniform prints, the signing of a procurement of 10 000 backpacks, as well as the continuation of the procurement of new type of combat armour vests.