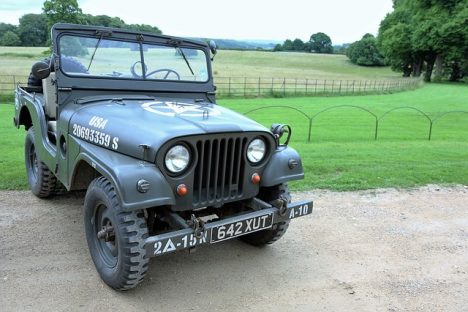 Latvian Defence Ministry has decided to temporarily put on hold a large-scale procurement of armoured cars. Instead the ministry will focus on a possible production of Patria armour cars for Latvia’s army.

The ministry’s representative Roberts Skraučs explained the decision to put on hold the procurement of 4×4 light and medium-sized tactical vehicles was made to divert and focus financial and administrative resources on the implementation of 6×6 armoured vehicles project together with allied countries.

«This decision does not mean National Armed Forces will not need 4×4 armoured vehicles in the future. These vehicles can be equipped with adequate armament and ensure it is possible to perform tactical objectives,» said Skraučs.

As previously reported, in January 2019 the Procurement Monitoring Bureau (IUB) decided to prohibit Defence Ministry from signing a EUR 200 million worth contract on supply of 4×4 armoured vehicles from Finnish company Oy Sisu Auto Ab. Complaints about the procurement procedure’s results were submitted by two companies who lost in the procurement – South African company Paramount International Marketing and US company AM General LLC.

After IUB’s decision Latvia’s Defence Minister Artis Pabriks announced – to prevent suspicions about this procurement, it will need to be implemented in accordance with the inter-governmental agreement. The ministry explained at the time that the aforementioned procurement procedure is the most complicated one in the history of Latvia’s defence sector. The procurement details a deadline for submission of offers. In total the ministry received more than ten offers.

On 29 January Latvian and Finnish defence ministers signed a technical agreement on improvement of the mobility of their armed forces by developing a new armoured vehicles system using the vehicles manufactured by Finnish company Patria as foundation. On 6 April Estonia also joined this project.

Currently it is unknown how large Latvia’s part in this procurement will be and how much money will be necessary.

If the transport platform research and development stage is completed successfully, Latvian National Armed Forces could receive the first new armoured vehicles as soon as 2021. Supplies may be organized to take place annually for approximately a decade.