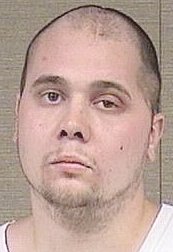 A multi-agency drug investigation has put a Lillington man behind bars and taken millions of dollars worth of illegal drugs off the streets.

As a result, Wayne Lee Howell, 29, was identified as a supplier of heroin, fentanyl and crystal methamphetamine to Harnett and surrounding counties, Coats said.
Using traffic stops and search warrants executed by the sheriff’s office, $415,180 in cash was seized along with a laundry list of drugs.

The bust netted approximately 13.2 pounds of heroin, 1.5 pounds of fentanyl, 13.4 pounds of crystal methamphetamine, 2.2 pounds of powder cocaine, 52 grams (1.8 ounces) of crack cocaine and 4.2 pounds of marijuana. The North Carolina Department of Revenue says the drugs seized have a state tax revenue value of $13.2 million and the DEA and NCSBI estimate the amount of fentanyl seized had the potential of killing between 272,000 and 300,000 people.

Four firearms were also seized during the investigation.

“I would like to recognize the teamwork between all of the assisting agencies that worked countless hours on this investigation,” Coats said. “A seizure of this magnitude is a direct reflection of what is happening locally. I know in my heart that putting this criminal in jail has saved lives. I pray daily for the families of individuals that fell victim to this evil. My office will not stop investigating and arresting these dealers.”

Howell was arrested on May 2 and charged with two counts of trafficking heroin, one count of trafficking methamphetamine, possession with intent to distribute marijuana, maintaining a vehicle or dwelling for the furtherance of controlled substances and possession of a firearm by a felon.

He remains in the Harnett County Detention Center under a $2.08 million secured bond with more charges expected to be added.