Meat prices rising in Lansing; a disrupted supply chain is the culprit 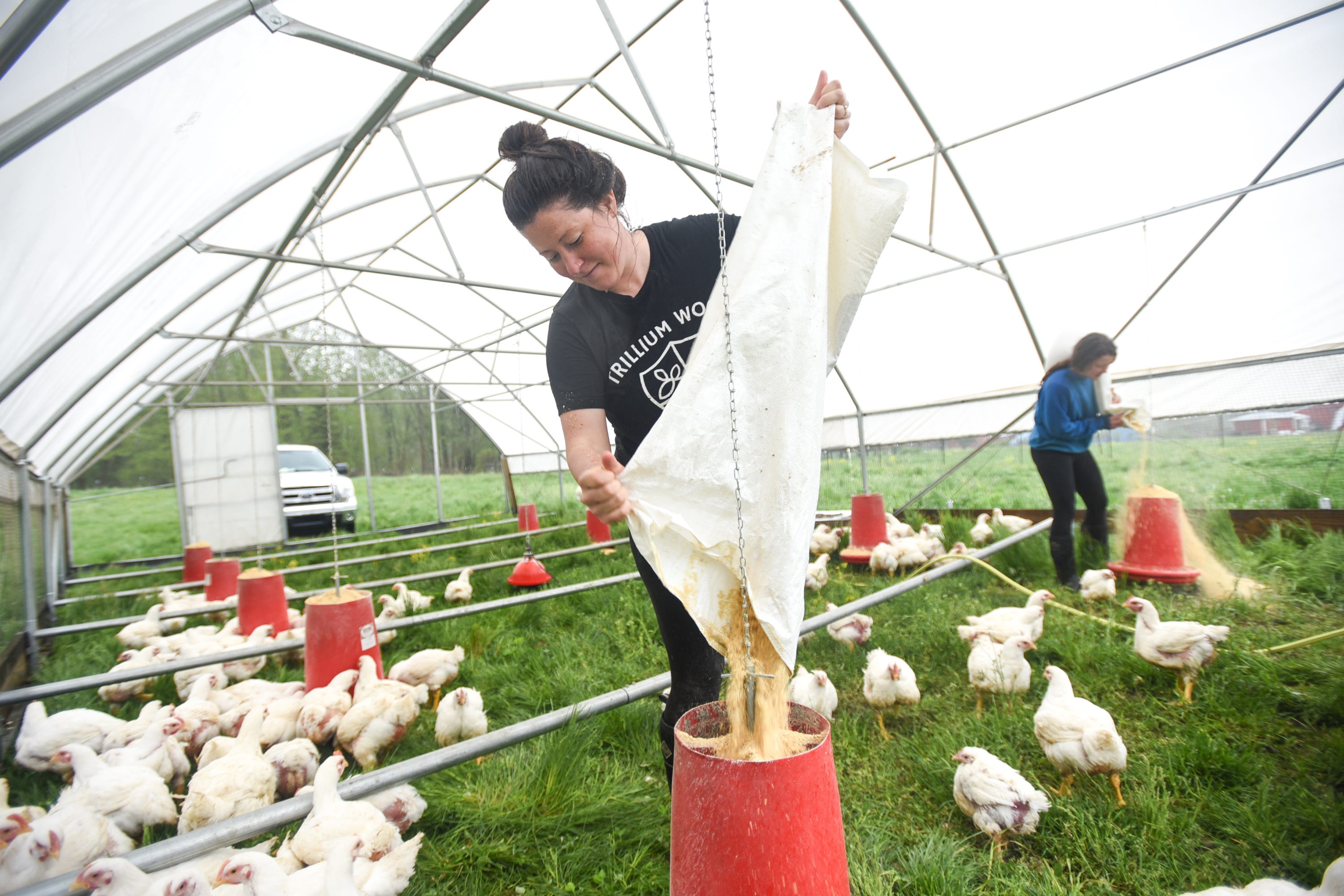 Sisters Allie, left, and Elise Thorp, co-founders of Trillium Wood Farm in Williamston feed their chickens Monday, May 18, 2020, in one of mobile range coups at the 131-acre farm they founded eight years ago. Annually, they harvest about 100 sheep, 100 hogs, 5,000 chickens, and 300 turkeys. They sell direct-to-consumers at farmers markets and offer online ordering and pickup at the farm. “We’ve never been busier, we’re having a hard time keeping up with demand,” Elise said. (Photo: Matthew Dae Smith/Lansing State Journal)

When Revan Herfy orders meat from suppliers these days, he often doesn’t get everything he requested.

“My family and I owned grocery stores in Windsor, Canada, before coming to the United States,” said Herfy, owner of 1910 Food Market in Lansing. “Nothing like this has ever happened. It’s a unique situation.”

Disrupted supply chains and warnings from one of the biggest meat producers in the U.S. caused many buyers to believe a widespread meat shortage was coming.

But the disruptions are largely caused by staffing shortages and other threats from COVID-19, according to Trey Malone, an agricultural, food and resource professor and extension economist at Michigan State University.

The uptick in demand led to rising prices. Some consumers believed they were being ripped off after price increases were passed down to them, Herfy said. 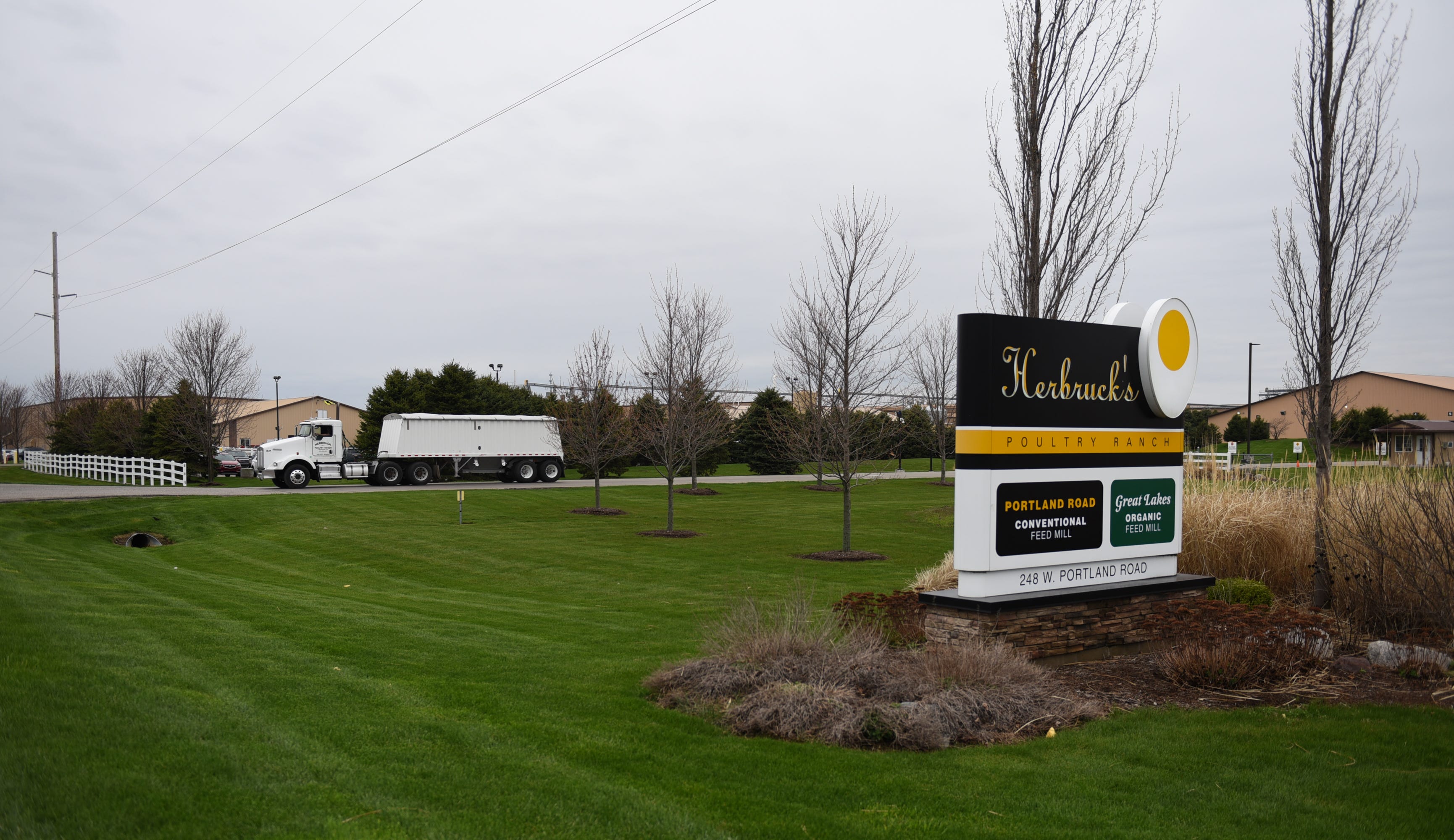 “(Wholesale) beef prices have more than doubled,” he said. “We grind our own beef. It has become expensive to grind your own beef. We are getting accused of price gouging.”

Higher priced meat does nothing for 1910 Food Market’s profits, according to Herfy, in part because higher costs have reduced demand.

“I’m taking a loss selling at higher prices,” he said. “We are a fresh-meat store. This is what we depend on. Now we are facing an issue where we can’t compete with big box stores. Big box stores can afford to lose money.

With restaurants closed or providing takeout only, more people are eating at home. And in many cases, they’re buying more meat. 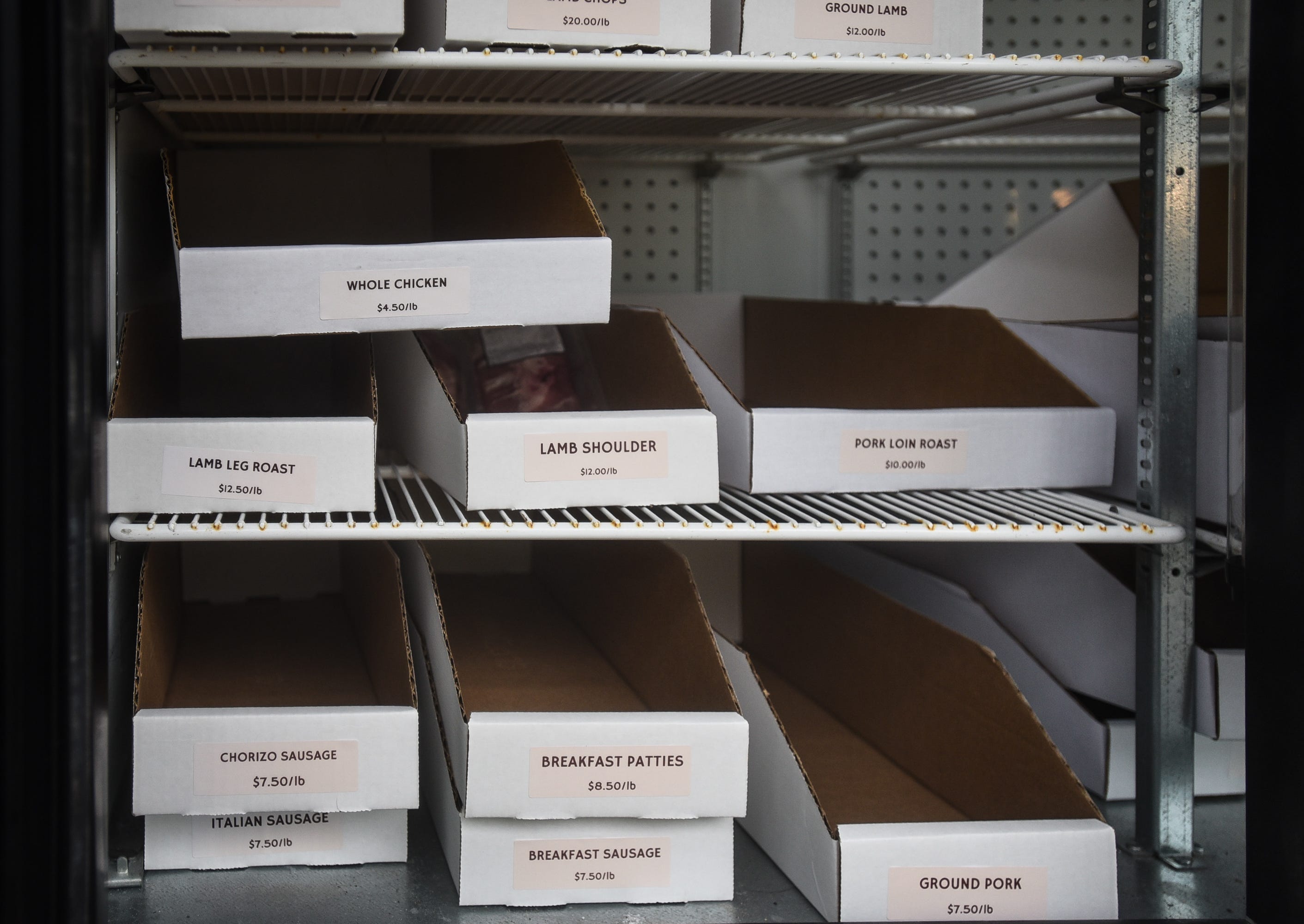 A Kansas State University survey of 675 people conducted in early May found that 26% of those surveyed had more meat on hand than they usually do, compared to 14% who had less. The remaining 60% reported having the usual amount.

Demand has put additional pressure on meat suppliers that are also facing staffing shortages, according to Malone.

Some CEOs have said the system is breaking. He prefers the term “flexing.”

“You’re not going to be able to choose everything you want,” he said, “but I don’t see a meat shortage.”

The issues are mostly institutional. Large national and international meat plants have closed or been operating at reduced capacity due to threats from COVID-19.

“A plant (in Indiana) closed,” Malone said. “There was an outbreak. We ship animals down there, and it comes back to us. Pork facilities are starting to come back online, but they are operating at lower capacities.”

Processing dipped as low as 60% last month but is now closer to 90%, he said.

Pork is one of the products Horrocks Farm Market has had trouble getting from its Indiana supplier. The processing plant shutdown for a few days.

“It takes a while for them to get caught back up,” said Randy Wiltse, meat manager at Horrocks. “The beef is good, except for some items. We are getting lots of chicken, but we run out quickly because we can only get so much.”

Fewer meat options have led to price increases passed on to the consumer, Wiltse added. 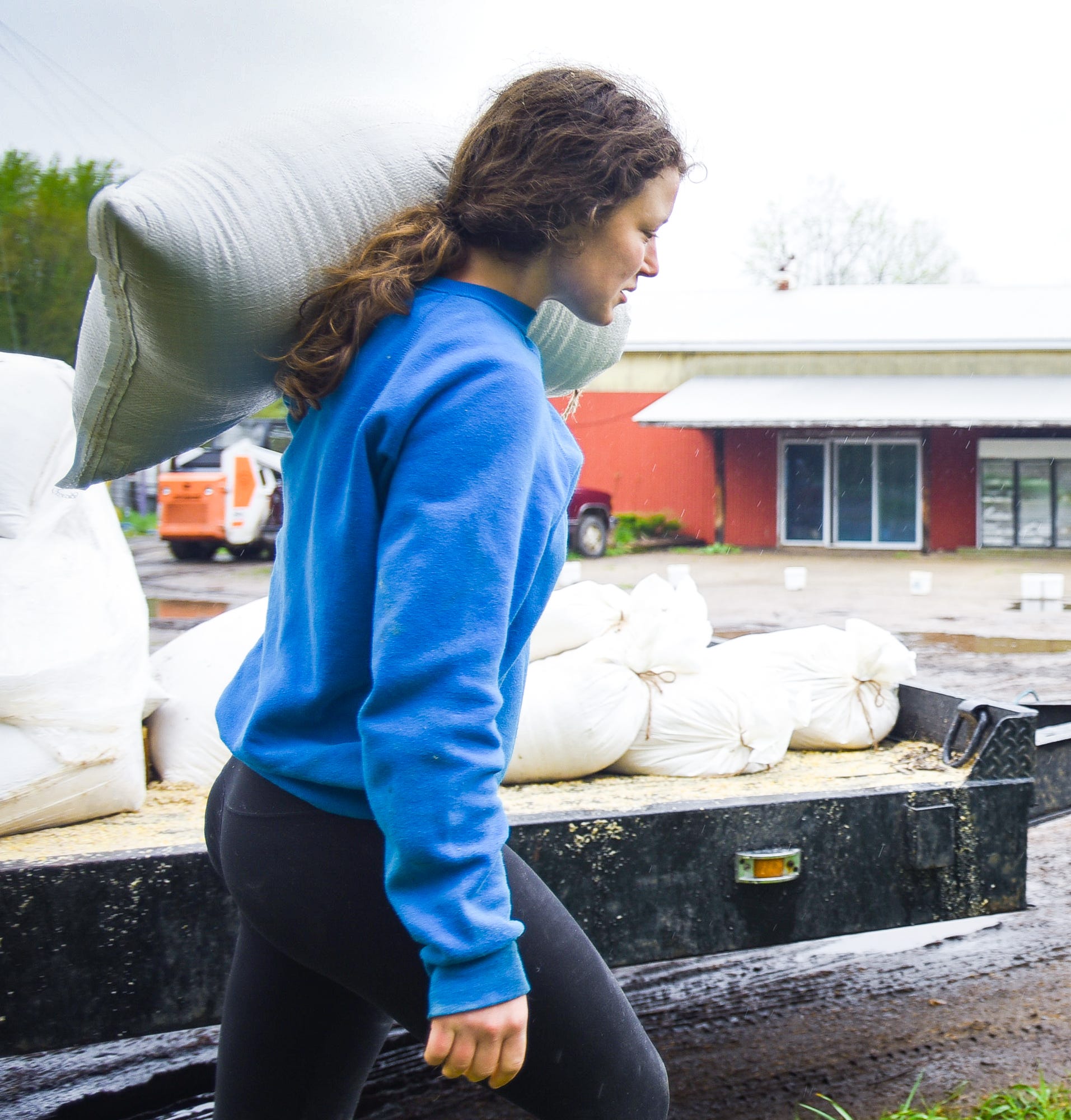 Elise Thorp, co-founder of Trillium Wood Farm in Williamston unloads grain for chicken feed Monday, May 18, 2020, at the farm she and sister Allie founded eight years ago. She says they’re having a hard time keeping up with demand for locally-raised meats, which they sell direct-to-consumer. (Photo: Matthew Dae Smith/Lansing State Journal)

Sean Johnson, owner of Meat BBQ, had trouble securing briskets, something he has purchased from the same Oklahoma supplier since 2015.

The supplier has the cattle, Johnson said, but not the staffing.

Johnson looked for new suppliers in recent weeks and then quickly bought the products before they went out of stock. But it’s getting tough, and he’s competing with others to buy meat, he said.

“Product is limited, so we can only sell so much of it,” said Johnson, whose restaurant is providing takeout services during the pandemic. “We are pretty busy, but we can only be open three days a week.” 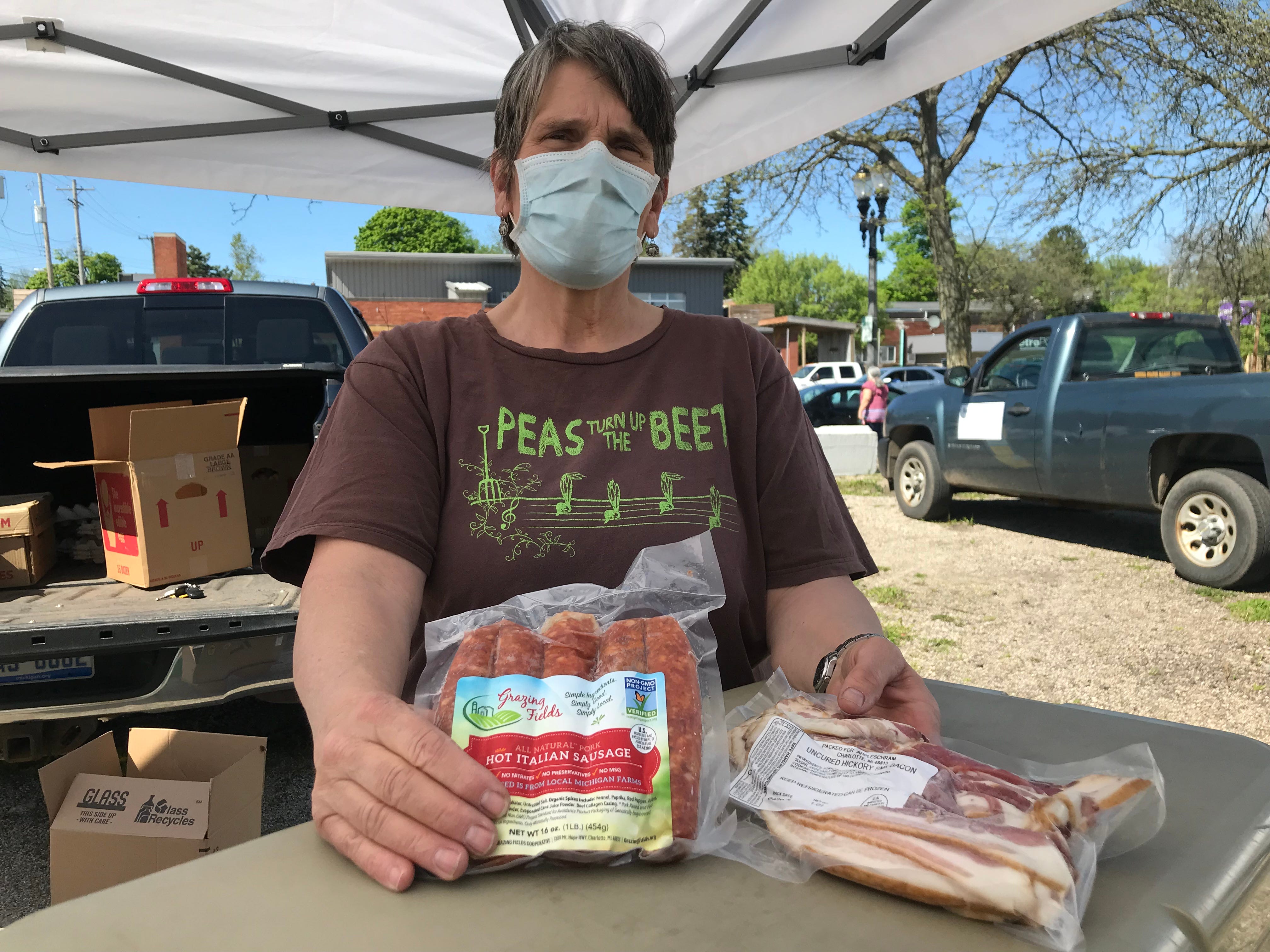 Jane Bush, general manager of Grazing Fields, displays some of the co-op’s pork products at the Allen Farmers Market in Lansing on Wednesday, May 20, 2020. (Photo: Matthew Miller/Lansing State Journal)

“What’s your pork chop situation?” a woman in a mask asked Jane Bush.

“I just sold my last one,” Bush replied, reaching into a plastic cooler on her table at the Allen Farmers Market. “How about ribs?”

With certain meats sometimes hard to find in grocery stores and heightened concerns about COVID-19 spreading in meat processing plants, many consumers are now turning to local meat suppliers.

Bush, the general manager of Grazing Fields, a 12-farm cooperative based in Charlotte that distributes pork and eggs, said she’s seen demand at the farmers market quadruple.

But the pandemic has created problems, too. Grazing Fields uses Caledonia Packing, a small slaughterhouse and processing facility south of Grand Rapids “that can handle maybe 30 hogs a day, compared to a big processor that can handle 10,000 hogs a day.”

Slowdowns at other processors have meant that “smaller processors are overwhelmed by customers they don’t usually have … and we’ve been sort of pushed to the side, which has created havoc with our supply chain.”

Barb DeVries, the owner of Caledonia Packing, said demand “has trickled down to the very smallest of processors.”

Her operation is one of them. They typically handle around 50 head of cattle a week, and there’s only so much they can do to accommodate new customers.

A small farmer might be seeing a surge in demand because meat is hard to find in the stores, DeVries said, “but when he turns to me and says, ‘I’d like to get 10 in,’ I tell him ‘I’m sorry, so do 50 other people.'”

Caledonia Packing’s phone started ringing off the hook a few weeks ago, she said.

“We just put a voicemail message out there that said, ‘We feel bad. There’s no way we can get to all of you.'”

Allen Neighborhood Center, which runs the weekly farmer’s market, also offers a Veggie Box program which allows residents to easily purchase locally grown and produced foods. Subscribers can add items to their boxes, including meat, and, lately, customers have requested a lot of meat, according to Kat Logan, Veggie Box program manager.

“People are signing up for meat add-ons,” Logan said. “We’ve seen a 30% to 40% increase to get meat added for our summer Veggie Boxes. It shows people are interested in sourcing local meat.” 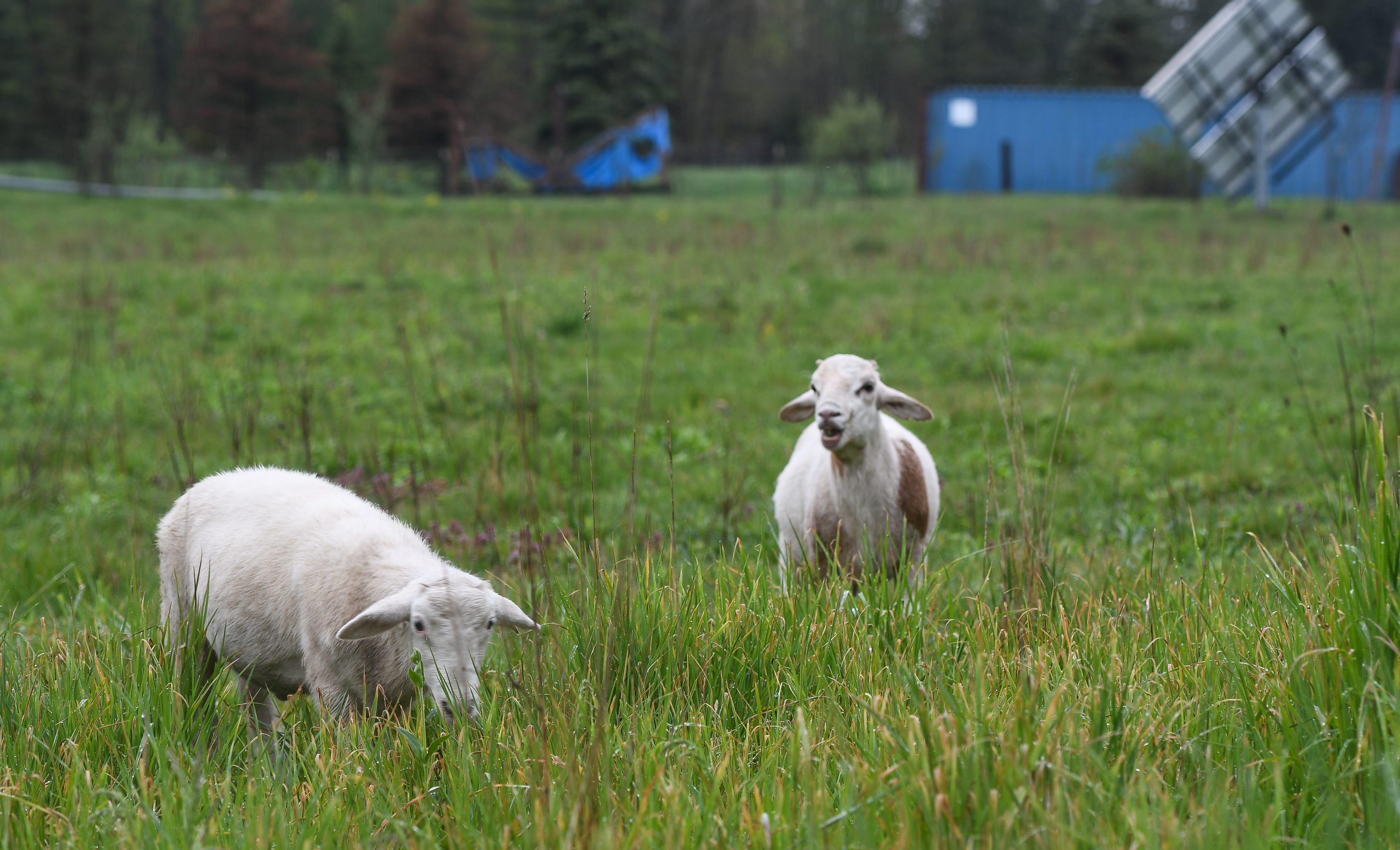 Trillium Wood Farm in Williamston, a vendor that provides meat for the neighborhood center’s programs, has been busy trying to keep up with demand that isn’t usually this high until summer farmers markets.

“Everything is crazy right now,” said Elise Thorp, a co-founder at Trillium Wood Farm. “We haven’t been able to keep anything in stock. We are bought out of everything as soon as we get it in stock. It’s similar for other meat producers I talk to.”

The increase in business does come with added stress, according to Thorp, who is concerned the slaughterhouses the farm works with could be affected by the issues plaguing larger meat processing plants.

“There is a bottleneck on the butchering side,” she explained. “It’s hard to get appointments with anyone. Small slaughterhouses had to shut down because of staffing issues. Short of starting your own USDA-inspected slaughterhouse, which is expensive, we are reliant on them.”

What meat means to Michiganders

Meat means something culturally to Michiganders.

“Meat is just as important to our lives feeling comfortable and normal as it is from a nutrition standpoint,” Thorp said. 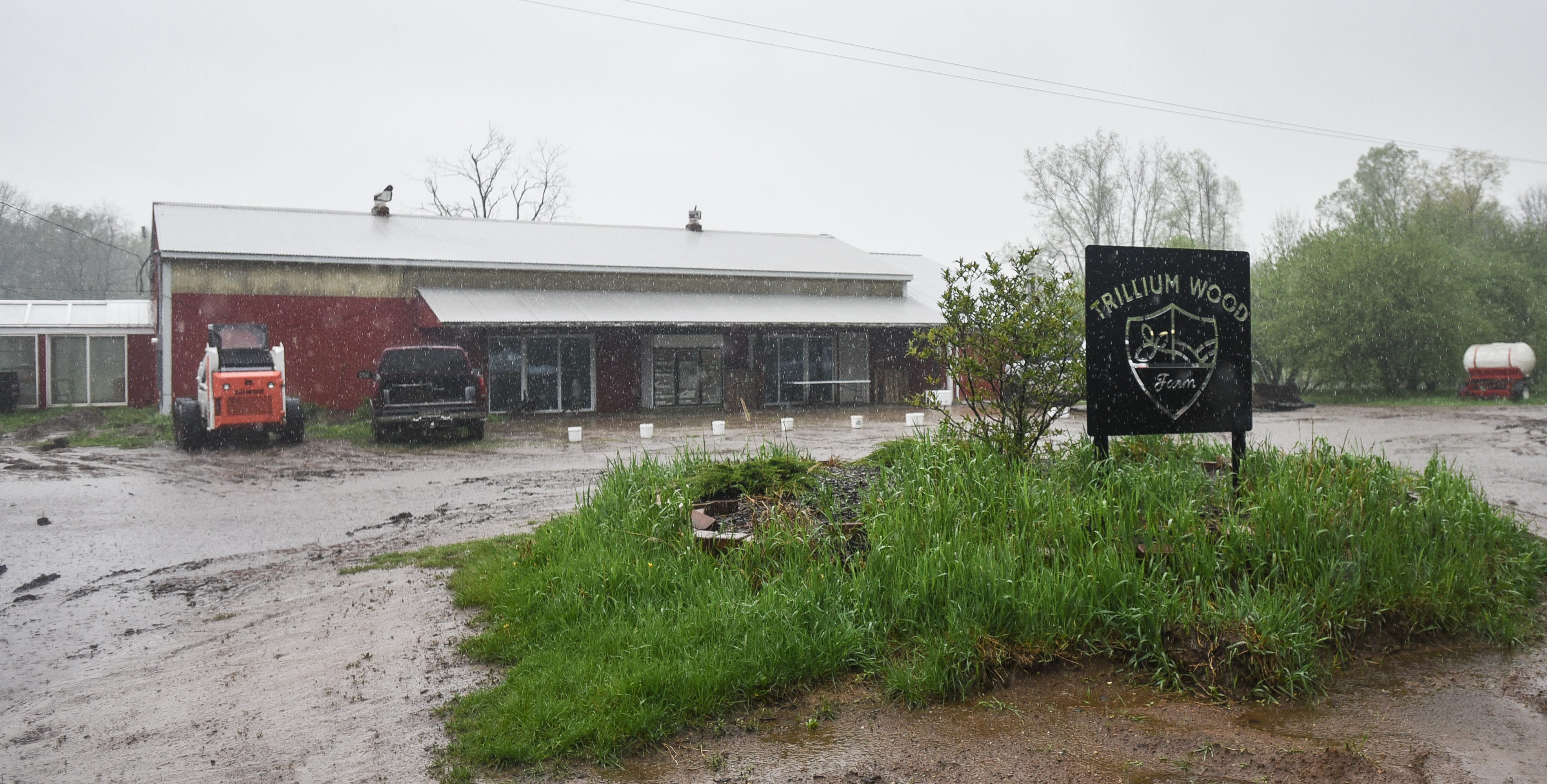 When Michigan residents were asked what food they consider part of the state’s collective identity, beef made the top three after cherries and apples, according to a Michigan State University survey of more than 9,000 people. The research findings were co-authored by Malone.

“There is a shared cultural heritage associated with meat in Michigan,” Malone said. “Two of the biggest cult favorites are Meat BBQ and Joe’s Gizzard City.”

But Malone believes the increase in meat demand has more to do with disruptions to the system.

“People are going to be afraid of what happens if something goes wrong,” he said. “I anticipate we will see higher prices for some time. It won’t be one and done.”

FROM MAGAZINE: Waiting to be filled air cargo continues to be in the doldrums

Supply Chain Predictions for 2020: Where are we Headed?