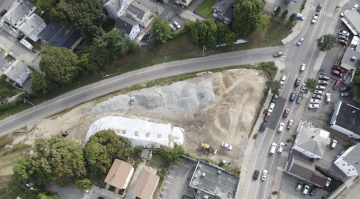 After a GoLocal investigative series unveiled allegations of contaminated soil at a $400 million state construction project, the Rhode Island Department of Transportation (RIDOT) on Tuesday announced that the Rhode Island Department of Environmental Management (DEM) reviewed a second set of samples from a soil pile at RIDOT’s 6-10 Interchange construction project and ordered the contaminated material to be removed and the site to be remediated.

The samples, taken by RIDOT’s consultant with oversight by DEM site remediation program managers on Saturday, showed levels of some contaminants above regulatory thresholds. As a result, DEM and RIDOT agreed that the soil should be removed.

GoLocal had published a series of stories unveiling that a whistleblower — James White President of Local 57 of the International Union of Operating Engineers — had notified state officials repeatedly and both RIDOT and RIDEM officials had failed to take action.

Even after the investigation began it took the Rhode Island State Police a week to interview White.

According to White, who first raised concerns about the contractor on the $410 million 6/10 construction project, Barletta Engineering/Heavy Division, the Massachusett-based company, allegedly trucked in material from projects in Massachusetts and Pawtucket that contained contaminants.

According to the announcement, RIDOT has directed the project contractor Barletta Engineering to remove the entire pile and any other soil piles to a licensed disposal facility.

RIDOT states that no further soil will be brought to the site from other remediation projects —locations in Pawtucket and Jamaica Plain MBTA project. Both sites have contamination and both are Barletta projects. 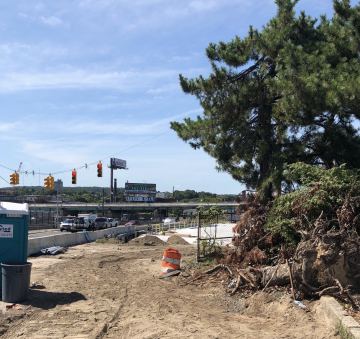 The soil analysis was done by an independent consulting company. DEM confirmed that the correct number of samples were taken and the methodology for analysis was “correct.”

“The recent soil samples raised some concerns which are being addressed immediately by RIDOT, which plans to direct that the soil pile and any other soils brought on to the Plainfield site be removed to a licensed disposal site. I appreciate the cooperation by Director Alviti,” said DEM Director Janet Coit. “DEM is continuing our investigation into the handling of soils for this project and cannot comment further on that aspect of this case.”

The announcement does not close the issue and allegedly contaminated soil has been used throughout the 6/10 construction project. 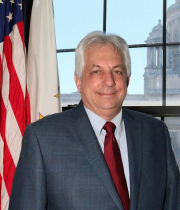 A GoLocal series of stories unveiled allegations that state officials repeatedly failed to respond to the allegations — letters from White and his union began in early August to RIDOT’s Director Peter Alviti.

Barletta had been notified even earlier — it was notified in July of the concerns.

Based on this correlation, RIDEM and RIDOT agreed that the pile in question should be removed. The contractor will also remove any other soil that may have been imported to that site from other off-site sources and dispose of them at a facility licensed to accept that material.

RIDOT said the remediation process will take from two to three weeks.  RIDOT may allow the contractor to use on-site only some materials that have been verified to have been obtained from known, in-state gravel bank operations.

This story is continuing.