Ocean freight rates stay on a roll, but are they high enough for carriers? 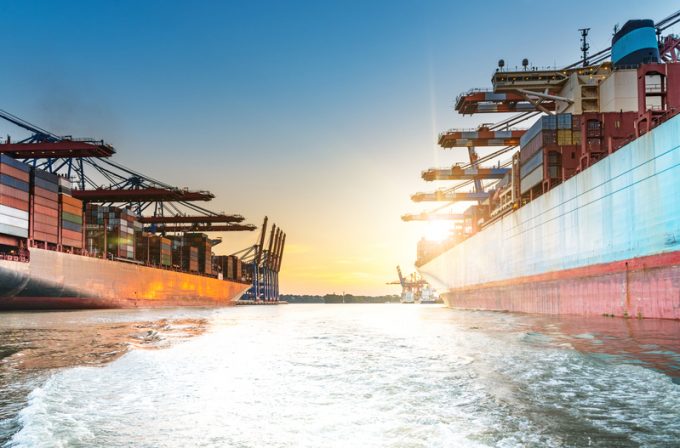 Following a mini-recovery of container spot rates on the major east-west trades in recent weeks,  Drewry believes they will continue to rise.

However, whether the rates will increase sufficiently to cover the additional costs of compliance with IMO 2020 is another matter.

The consultant contends that spot market rates are “currently enjoying a resurgence”, noting that a composite of eight major east-west trade components on its World Container Index (WCI) had seen a jump of $210 in the past two weeks to mitigate losses accumulated over the previous two months.

“Today’s market is not in full bloom, but it is certainly not as bad as it initially appears,” said Drewry.

“In our opinion, the lower prices of Q3 19 were a consequence of a diminished trade war multiplier and a return to the rate-cutting tendencies of some carriers,” said Drewry.

It said the current freight rate revival was “unlikely to have come from an unexpected demand boom”, given that volumes were “moribund” in the third quarter peak season. Instead, it suggested, changes in the supply side were “driving the upward momentum”.

However, some 858,000 teu, or 76%, of the idle tonnage was attributed to vessels undergoing exhaust gas cleaning (scrubber) retrofits in preparation for the IMO 2020 0.5% sulphur cap regulations which come into force on 1 January.

For some months, the scrubber retrofitting of container vessels, which can take up to six weeks in dry dock, plus additional downtime for positioning, waiting for dry-docks to become vacant and phasing in and out of service networks, has proved a shot in the arm for the charter market, with daily hire rate for some sectors doubling inside 12 months.

But until recently the strong charter market had yet to convert into higher freight rates in the liner trades.

“This time, however, it appears that demand is sufficiently strong that similar supply-side reductions are translating into more positive utilisation and freight rates,” said Drewry.

Moreover, with an historically low orderbook and scrubber retrofitting going well into next year, Peter Curtis, executive vice-president and chief commercial and technical officer of containership owner Seaspan, said he expected “supply to remain tight” for the foreseeable future.

During Seaspan’s Q3 earnings call last week, Mr Curtis said the “limited” number of newbuild deliveries, along with the “tail wind” of IMO 2020 would support charter rates into next year.

He also added that a direct consequence of IMO 2020 could also see an acceleration in scrapping of older, less-efficient tonnage which would act as an additional squeeze on containership supply.

Drewry conclude that freight rates “will continue to rise”, not least boosted by the impact of the higher bunker surcharges being rolled out by carriers to compensate them for the additional fuel costs related to IMO 2020.

Nevertheless, it has a caveat to the positive rate outlook: “The true measure of success will be whether or not they (freight rates) rise sufficiently to cover the additional costs,” said Drewry.