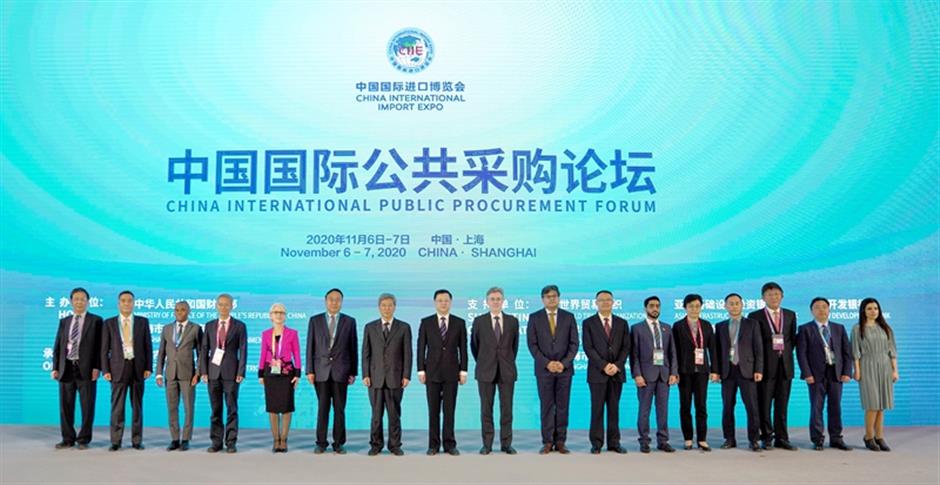 Participants at the forum

More than 300 officials and representatives from procurement agencies and suppliers discussed good practises of government procurement as well as experiences during the epidemic.

The forum was hosted by the Ministry of Finance of China and the Shanghai government, and organized by the Qingpu District government.

“China has made major efforts in protecting the legal rights and interests of foreign-funded companies that make investments in China,” he said.

“The opening pace of government procurement markets has sped up in China, enabling foreign companies to enjoy the big opportunities of the market.

“Some overseas countries and international organizations have made great explorations, accumulated good practises and successful experiences in government procurement, which provides huge cooperation and exchange potentials.”

Chen Yin, executive vice mayor of Shanghai, added that the forum is new for the CIIE, and that the Shanghai government has accelerated the optimization of the government procurement system, achieving fruitful results.

“Shanghai has established a single government procurement platform, covering all procurement projects, and the whole process is transparent,” he said.