Police on rampage against cargo drivers at Yapei 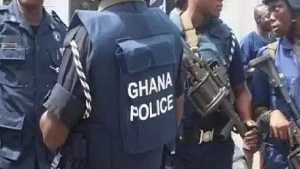 File photo: The police has been accused of physical abuse and extortion

Some cargo drivers numbering about 80 have accused police in Yapei in the Central Gonja District of the Savannah Region of harassment, extortion, and abuse.

According to the drivers, some of whom are Burkinabe, the police detained them for refusing to offer GH¢5 bribes when they got to the Yapei barrier.

Our correspondent reported that the drivers, who have been at the barrier for close to 24 hours, expressed dissatisfaction over the police action as they demonstrate.

“They said we should pay GH¢5 to them which we refused and told them our documents are genuine but the police handcuffed us and started beating us,” one driver said.

Another said: “Our problem with the police is the money. When we are dispatched from Tema to our destination, they demand a lot of money from us.”

He admitted that he received reports about the assault on cargo drivers Friday night but rejects the accusations of bribery.

“The issue of extortion as alleged by the drivers is not correct but I can say as for the assault, I am even not happy with my people over there which we are going to take disciplinary action against them.

“I have a footage which is telling me they actually assaulted one of the drivers.”