Ferry company Stena Line has announced that Stena Embla, the last of its three new ferries destined for the Irish Sea, has successfully completed its sea trials in China’s Yellow Sea.

Stena Embla is the latest new Stena Line next generation RoPax vessel that is being constructed at the CMI Jingling Weihai Shipyard in China, marking the end of significant recent investment on the Irish Sea by the Swedish owned ferry company. The global pandemic did not delay the build of the vessel, which is being delivered to the agreed schedule.

The sea trials are designed to test the vessel at sea in order to ensure that all systems are fully operational and in line with strict specifications outlined by Stena Line. The tests include areas as engine performance and fuel consumption, navigation and radio equipment, emergency systems, speed tests, manoeuvrability, engine and thruster tests as well as safety tests.

“It is great to see that the shipyard has not missed a beat during this year’s final stages of the build. Today the last of our three next generation ferries achieved a very important milestone bang on time” said Stena Line’s Paul Grant, Trade Director, Irish Sea.

“Sea trials are a critical phase in a new ship’s development; it is our first opportunity to test a new vessel out at sea and put her through her paces to ensure that she is up to our high standards.

“We systematically go through all aspects of the new ship and I am pleased to say that Stena Embla has successfully completed every trial. We now look forward to the full handover of the vessel by the shipyard and starting her journey to the Irish Sea” he added.

Stena Line CEO Niclas Mårtensson said that the introduction of Stena Embla and her sister ships, Stena Estrid and Stena Edda, reflected the company’s commitment to the Irish Sea.

“The Irish Sea is very important to Stena Line’s global business and represents a significant part of our overall revenue,” said Mr Mårtensson.

“We strongly believe that our ferry business on the Irish Sea will continue to grow. It remains a key region for the company, as evidenced by our continued investment and the addition of three new vessels. This is underscoring Stena Line’s commitment to our Irish Sea operations and our determination to deliver the best possible freight and travel experience to our customers. 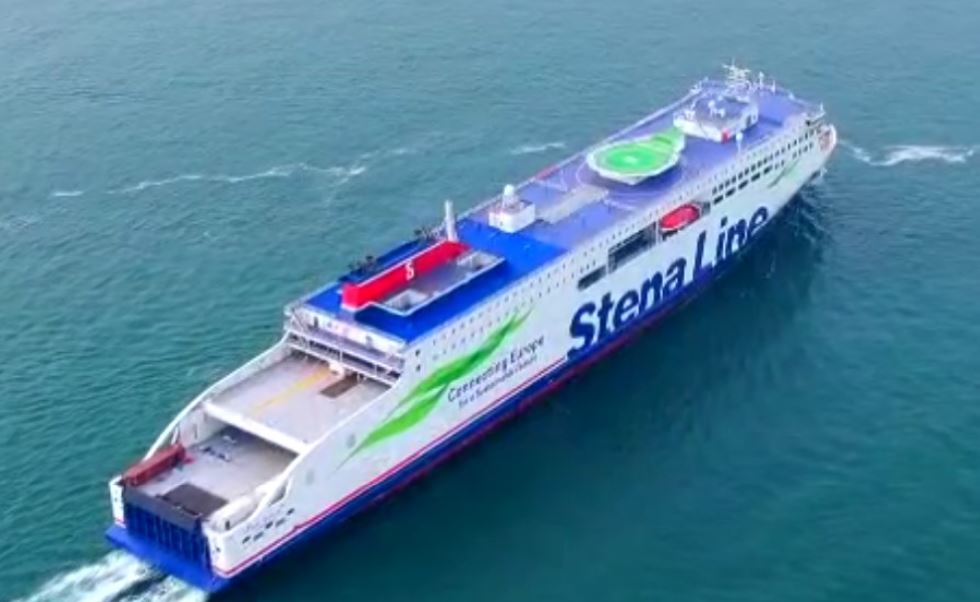 “It has been a very challenging year for our business. But I am proud that as Europe’s largest ferry company, Stena Line continues to shape the industry for life after the global pandemic and to put us into a position to support our customers after Brexit” he concluded.

Part of a multi-million-pound investment in the region, the new Stena Line ferries are amongst the most advanced vessels in operation. They are 25% more fuel-efficient than existing vessels and with 215 metres in length they are much larger than today’s standard RoPax vessels, providing 30% more freight capacity with 3,100 lane meters. They also have the space to carry 120 cars and 1,000 passengers and crew.  The roll-on roll-off design and the ability to load two vehicle decks simultaneously has reduced loading and unloading times, resulting in quicker turnaround times in ports.

The big, bright and airy design of the E-Flexer vessels has provided a safe travel environment during the COVID-19 crisis. With ample space to social distance, access to fresh air and the open plan design has meant large areas of the vessel can be sanitised easily. Giving customers reassurance that travelling by ferry is the safest form of public travel during the pandemic. 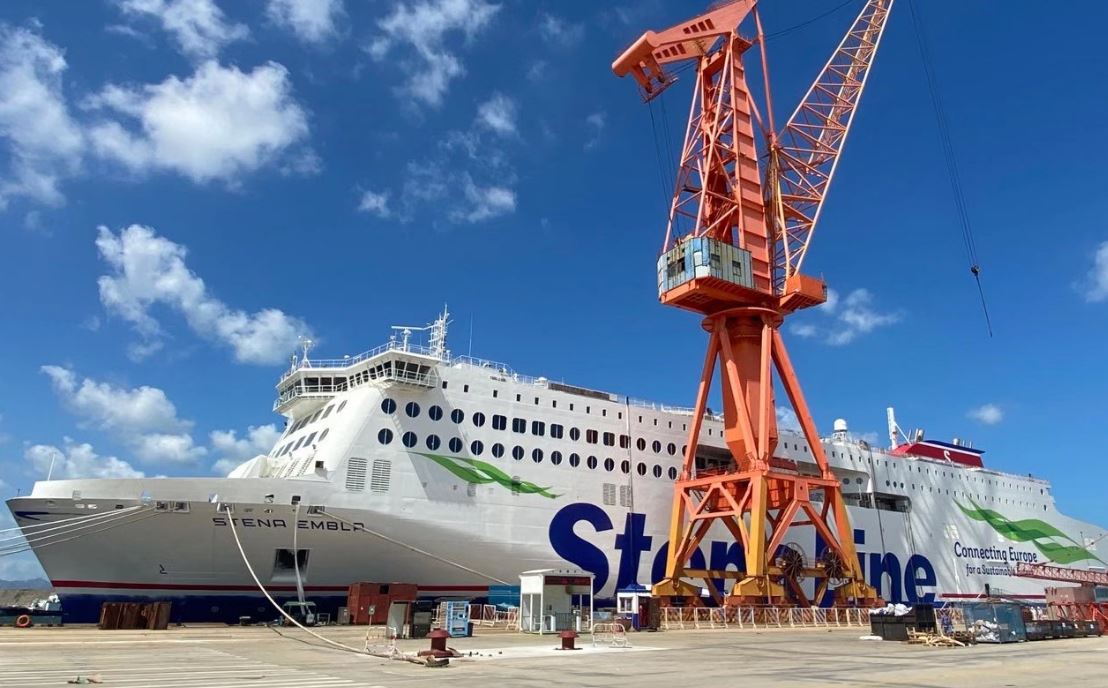 Next up for Stena Embla is an official handover ceremony at the shipyard before she sets sail on the long journey from China to Belfast. Arriving home around Christmas in time start operating on the Belfast to Birkenhead route in early 2021 alongside sister ship Stena Edda, launched in March.

The new vessel replaces the Stena Mersey, which has successfully operated on the Belfast to Birkenhead route for 10 years. The Mersey will then head off to join sister ship the Stena Lagan in Turkey where both ships are being extended, before re-deployment on the Baltic Sea.

During the summer Stena Line also confirmed that the construction of two new larger E-Flexer ferries has begun in Weihai, China. Their keels were recently laid in the same shipyard in Weihai and the delivery is expected in 2022.
Source: Stena Line