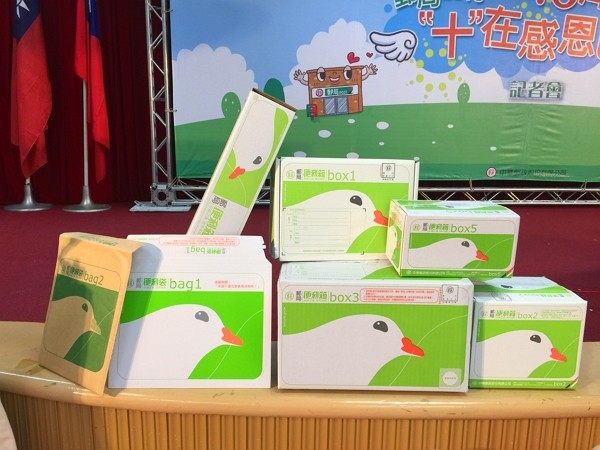 The Taiwan state-run mail company said the price hike is being implemented due to the low number of flights to the U.S. and the U.S. Postal Service’s temporary increase of shipping rates for small commercial packages. It said the cost of airmail to major destinations has climbed significantly during the COVID-19 pandemic and was four times higher than that in 2019 at one point.

According to Chunghwa Post, shipping rates for light air parcels to the U.S. will be raised by as much as 145 percent, while the costs for heavier items will be lowered by 5 to 36 percent. Postage rates for express mail to the U.S. will also be increased by somewhere between 2 and 71 percent.

Chunghwa Post said the postage adjustments follow the principle of “raising the mailing costs for light parcels and lowering the rates for heavier items.” It added that air parcel rates for other countries will also be updated on a monthly basis to reflect real-time operational costs, reported HiNet. 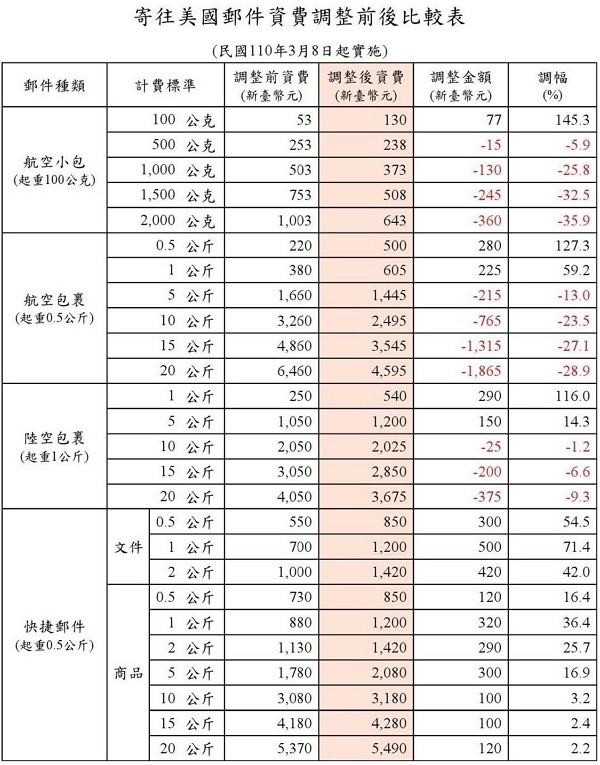 New shipping prices for parcels and express mail to the U.S. will take effect on March 8. (Chunghwa Post photo)