The Global Cargo Workhorse: Why The Boeing 747F Is Winning

While passengers lament the loss of the Queen of the Skies from many airline fleets, as a type, the 747 has never been so prolific. Although passenger variants have been grounded, retired and scrapped, their cargo compatriots, the 747F, have become more important than ever.

The Queen is still on her throne

Over the course of 2020, the passenger fleet of Boeing 747s has declined significantly. As airlines looked to cut costs, many phased out the quadjet in favor of more efficient twinjet options, with significant operators parting ways with the Queen of the Skies for good.

Nevertheless, the Boeing 747 remains in regulation operation around the world in another capacity – cargo. With fewer passenger planes flying, the resulting drop in belly-hold capacity meant these versatile workhorses were more important than ever.

The Boeing 747F, with its unique lifting nose and incredible range, has proven itself a crucial tool in the movement of goods, and its set to stay that way for some time yet.

Stay informed: Sign up for our daily aviation news digest. 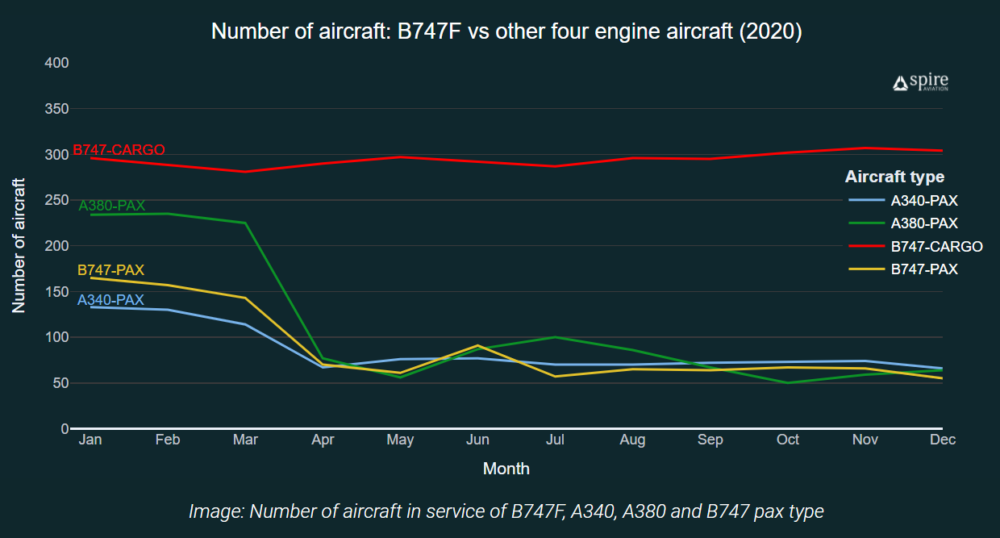 As the data shows, although passenger quadjets have fallen out of favor, the 747F has remained strong. At the start of 2020, operators of the A380, A340 and 747 passenger variant had hundreds of aircraft in the sky. By April, all had dropped to under 100 aircraft active.

The Boeing 747F, on the other hand, has actually increased in the global fleet since the onset of COVID. In March, 281 aircraft were recorded to be actively flying. By December, that had risen to more than 300! 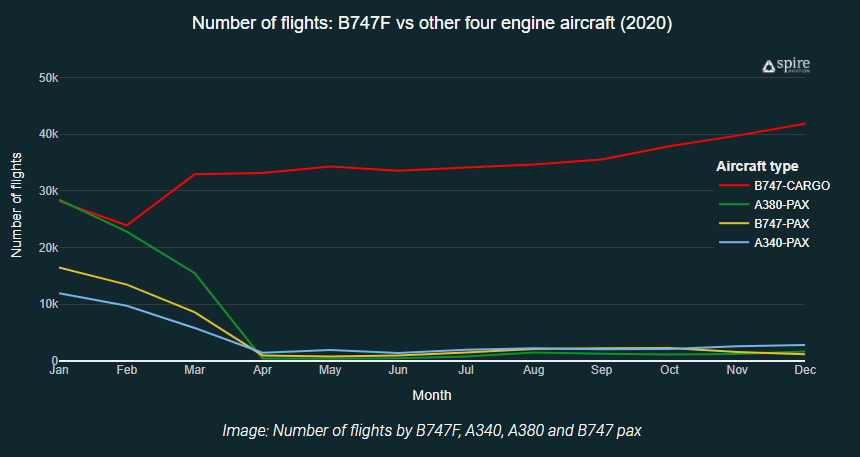 The disparity between the global freighter fleet and its passenger moving contemporaries becomes even more marked when you consider the number of flights undertaken. As the data from Spire Aviation shows, April saw all passenger quadjets drop from tens of thousands of flights per month to practically nothing at all.

Many cargo airlines use the Boeing 747F as the backbone of their operations. According to Spire Aviation’s data, the biggest operator at the end of 2020 was Atlas Air, with a fleet of 44. It was closely followed by UPS with 32, and Cargolux with 23. Atlas recently ordered up the last four 747s that will ever be built. 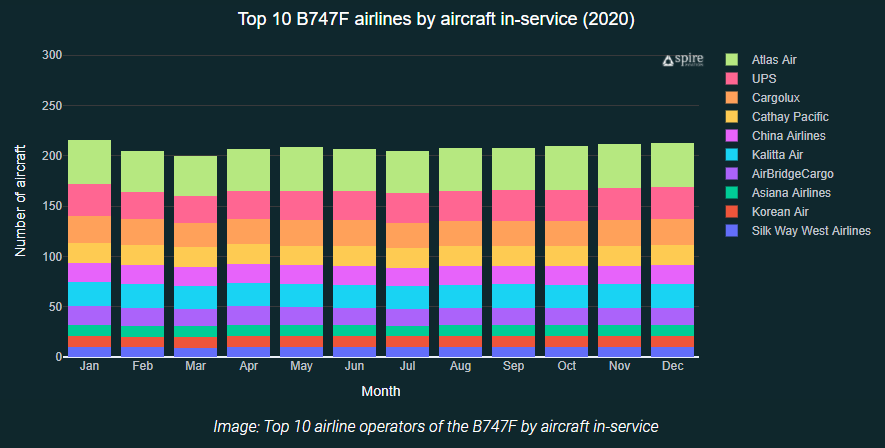 In terms of utilization, it’s clear to see how important the 747F has become in 2020. Since the start of the year, almost all the largest operators have increased their utilization of the type. These aircraft have been instrumental in filling the void in cargo capacity, and will continue to be vital to the global supply chain going forward. 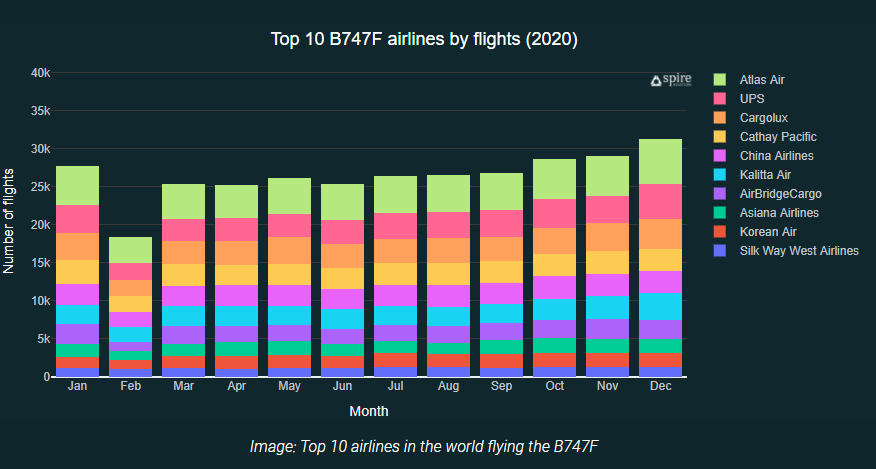 As well as moving our Amazon parcels and foodstuffs around, the global 747F fleet has been instrumental in the fight against COVID. From shipping PPE around the world early on in the pandemic to the mammoth task of getting the vaccine distributed around the world, the Queen of the Skies still reigns supreme.