The United States Air Force (USAF) is to take the Lockheed Martin F-35 Lightning II Joint Strike Fighters (JSFs) due to go to Turkey before that country excluded itself from the programme following its procurement of a Russian air-defence system. 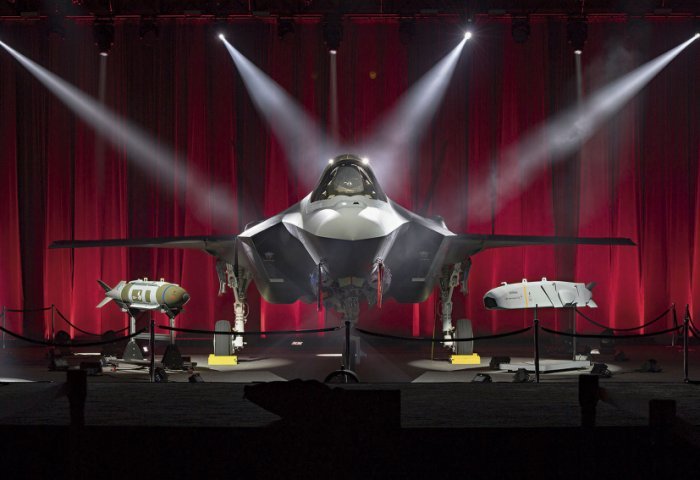 The first of a planned 100 F-35As for Turkey seen at its rollout before the country was excluded from the programme in July 2019. The USAF is to take six such aircraft that were to be built in Lot 14, and is expected to absorb the already-built and in-production Turkish jets as well. (Lockheed Martin)

The US Department of Defense (DoD) announced on 20 July that eight Lot 14 F-35A aircraft intended for Turkey will now be diverted to the USAF instead. The move, which is a consequence of Ankara’s decision to press ahead with its procurement of the Russian S-400 ground-based air-defence (GBAD) system, will see the aircraft modified to the USAF’s fully operational configuration.

The six former-Turkish aircraft that are the subject of this contract announcement are part of a wider USAF procurement of 14 Lot 14 F-35As for USD861.7 million, all of which are due to be delivered by May 2026.

Turkey was due to procure 100 F-35As, and was set to play a major part in the global supply chain for the wider international JSF fleet. However, the US objected to Turkish plans to buy the S-400 GBAD, fearing the Russian system could learn how best to defeat the F-35, and that this knowledge would then be transferred to Moscow via its networked software.

If the S-400 learnt how to neutralise the F-35’s stealth capabilities, then the entire operational effectiveness of the world’s most expensive defence project would be jeopardised, and so in July 2019 Turkey was formally excluded from the programme.

Already a Janes subscriber? Read the full article via the