Why Shares of Genworth Financial Are Falling Today

Genworth Financial (NYSE: GNW) on Tuesday announced another extension to its proposed deal to be acquired by China Oceanwide Holdings, the 15th time the two sides have extended the deadline to complete a deal originally announced in 2016. But this extension also lays out the terms to call the deal off, leading shares of the insurance company to decline 25% at the open on Tuesday.

The China Oceanwide/Genworth saga has rivaled a bad sitcom romance, but after nearly four years of drama it appears we might finally be heading toward a conclusion. In October 2016, China Oceanwide announced plans to acquire the onetime General Electric subsidiary for $2.7 billion, but regulatory hurdles and other issues have complicated efforts to get the deal done. 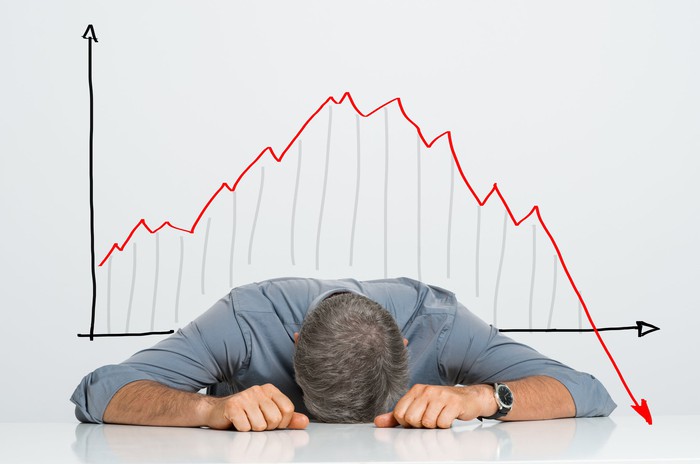 Genworth on Tuesday said that the deadline to complete the deal has been extended until Sept. 30, giving Oceanwide more time to finalize financing. Due to the delay, Genworth said it will take actions to address near-term financial obligations.

For the merger to remain in place, Oceanwide has to provide evidence by Aug. 31 that it can secure the $1 billion in funding it needs to complete the deal. Absent that evidence, Genworth has the right to terminate the transaction.

Genworth is also plotting out what steps it will take to raise cash and meet its obligations in the event the deal falls through. The company said it expects those steps to include a debt offering, as well as setting up the sale of a 19.9% stake in its U.S. mortgage insurance business via an initial public offering.

If the deal can get done, there is significant upside for shareholders. Genworth shares are currently trading at less than $2 apiece, far below the $5.43 per share offer price. That’s a pretty clear indication investors are not expecting a happy ending.

10 stocks we like better than Genworth Financial
When investing geniuses David and Tom Gardner have a stock tip, it can pay to listen. After all, the newsletter they have run for over a decade, Motley Fool Stock Advisor, has tripled the market.*

David and Tom just revealed what they believe are the ten best stocks for investors to buy right now… and Genworth Financial wasn’t one of them! That’s right — they think these 10 stocks are even better buys.

DP World tipped to buy out Shreyas Shipping and Logistics –