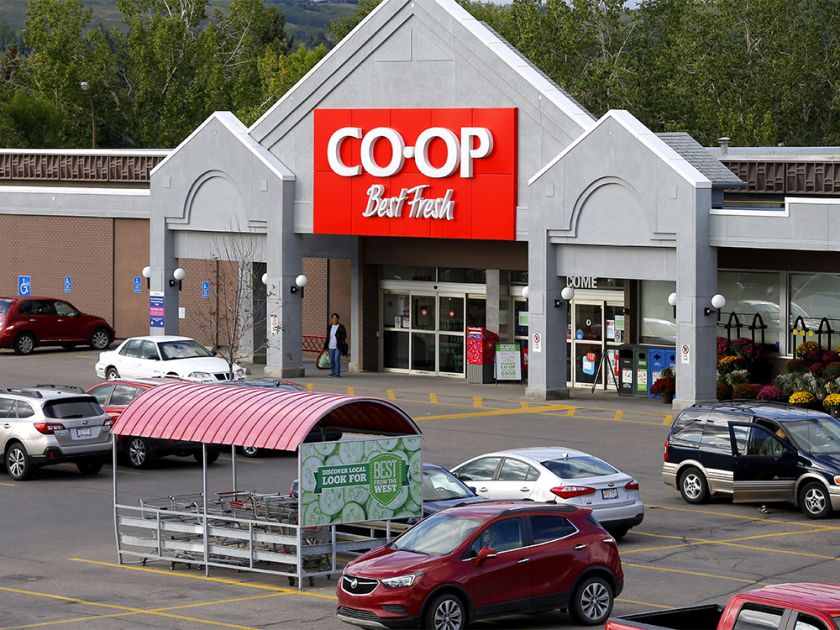 Federated Co-op Ltd. announced it will lay off 200 Calgary workers in the wake of Calgary Co-op stores changing distributors.

More than 200 jobs in Calgary will be lost this spring as a result of Calgary Co-op’s decision to source groceries from a private wholesaler, Federated Co-operatives Ltd. announced Thursday.

At a news conference in Calgary, FCL, the Saskatoon-based company that is collectively owned by more than 170 independent retail co-operatives across Western Canada, said it will close its Calgary food distribution warehouse and lay off the employees who work there, effective April 2020.

FCL executive vice-president Vic Huard said the decision was forced upon the company in August when Calgary Co-op — FCL’s largest customer, accounting for 18 per cent of its food business line — announced it would no longer source its groceries from FCL, moving its contract to the distribution arm of B.C.-based Save-On-Foods instead. The move resulted in a $400-million reduction in FCL’s revenue.

FCL was caught off guard by Calgary Co-op’s decision, Huard said, and was given no opportunity to negotiate or make its case.

“They (Calgary Co-op) arrived at our offices in Saskatoon on Aug. 6 and the meeting lasted nine minutes. We were essentially provided with a fait accompli,” he said.

Huard said Thursday’s announcement marks the largest single-day layoff in FCL’s more than 90 years of operation, and emphasized again that the company feels the decision was “imposed” on them by Calgary Co-op. He said more job losses will be announced at other FCL office locations across the Prairies in the coming days, something he also attributed to the impact of the loss of the Calgary business.

“Today is a very difficult day for our organization, and for our entire co-operative retailing system,” Huard said. “Calgary is a city that’s already seen its undue share of economic challenges. Unfortunately, Calgary Co-op’s decision has led to more jobs leaving, meaning more hardships for more families and more challenges for the city of Calgary.”

In a phone interview, Calgary Co-op CEO Ken Keelor said he feels for everyone affected by job losses, but added he takes issue with FCL laying the blame at the feet of Calgary Co-op.

“We have not made statements of a negative nature publicly and we’re not going to. But the statement of blaming job losses on Calgary Co-op is inaccurate and unacceptable,” Keelor said.

Keelor said Calgary Co-op, one of the largest retail co-operatives in North America, with sales of $1.3 billion in 2018, has a responsibility to its 440,000 members and 3,700 employees, and he added the move to another supplier was undertaken to ensure “the long-term financial viability” of the retailer.

“We see headlines about other companies closing stores and taking radical action, even moving their business out of the country in some cases. We are positioning our business to make sure that does not happen to Calgary Co-op,” he said.

But Keelor said the decision wasn’t just a financial one. Co-op also felt that moving to another supplier would give the retailer more control and choice over the products offered in its stores.

“Our plan is to double the number of local products that we carry, our plan is to focus very much on suppliers in our community and strategic partners who’d like to work with us to drive Calgary’s economy,” Keelor said. “We are a retail co-operative, members come to us to shop. Their needs are evolving, and we need to evolve to reflect that.”

Keelor pointed out Calgary Co-op will continue to source its fuel purchases for its gas bars from FCL.

“Calgary Co-op remains committed to maintaining a respectful relationship with Federated Co-op … and we expect the same from Federated,” he said.

The board and management of Calgary Co-op have become increasingly professionalized in recent years (Keelor was hired from Sobeys and also previously worked with the Overwaitea Food Group, which operates Save-On-Foods). The organization is also undertaking a 10-year, $2.5-billion capital investment campaign that is aimed at making it more modern and competitive.

However, the move to a private supplier is an unusual departure for any co-op. The co-op system that sprung up across the Prairies in the 1920s was built on joint ownership of the provincial wholesalers that eventually merged to become FCL, with the whole idea being that local retailers would have an assured supply of products at reasonable prices and get to share in the profits that were earned.

Huard said FCL has been speaking to all of its remaining member co-ops and is confident it is not going to see another departure anytime soon.

“I’ve been with Federated Co-operatives for more than 10 years, and I’ve never seen the system more united in response to something than we are now. We are extremely confident we are not going to see a similar break,” he said.