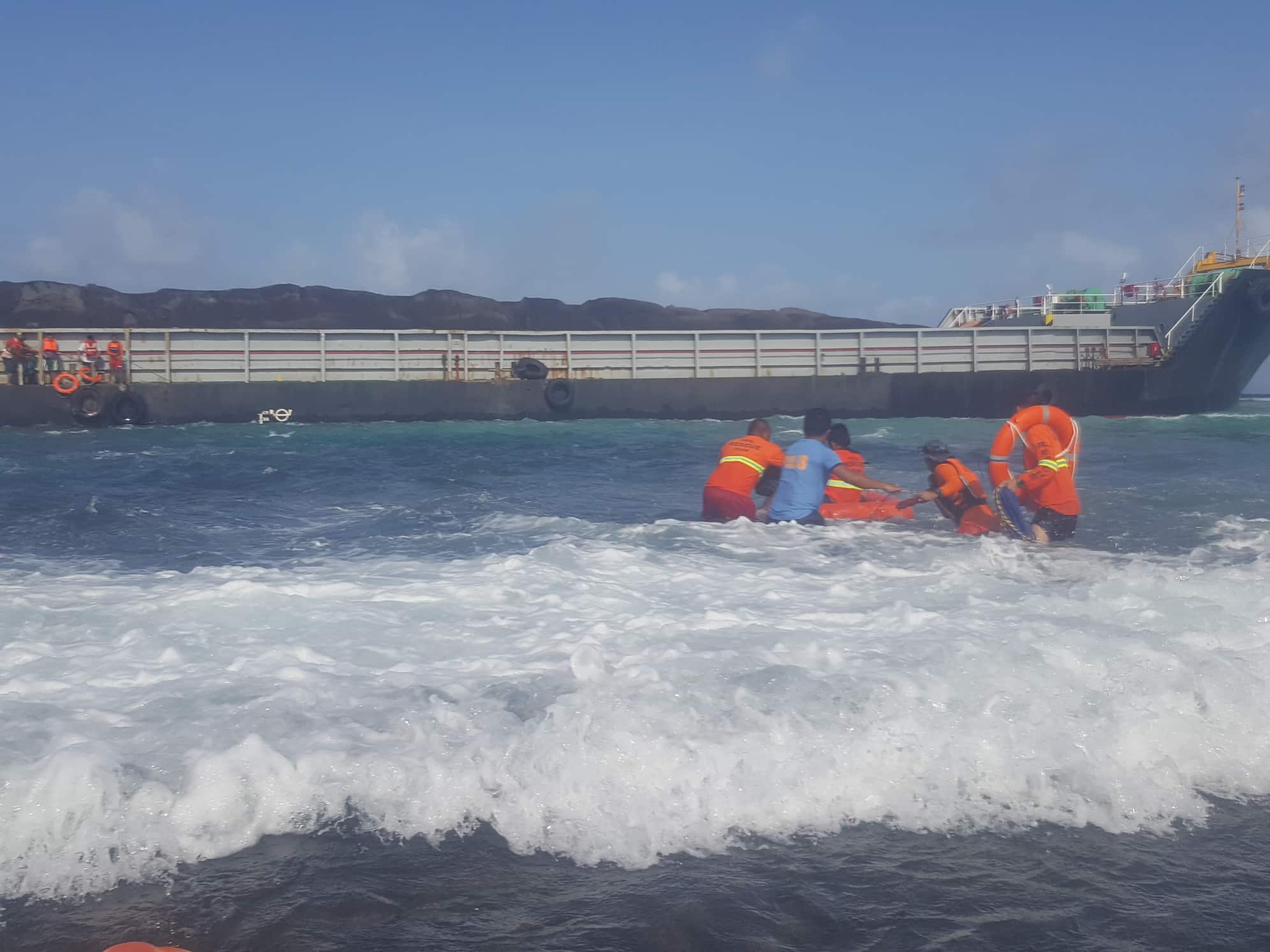 Rescuers fight the strong waves to bring the crew members of Poseidon 34 to shore after the vessel ran aground in waters off Barangay San Luis, Capul Island, Northern Samar. Photo by Capul Municipal Risk Reduction and Management Office

CATARMAN, Northern Samar –At least 21 crewmen were rescued when their cargo vessel ran aground off the coast of Capul, a town in Northern Samar province, on Friday, Nov. 29.

Poseidon 34 was heading to Tagbilaran City, Bohol from Legazpi City, in Albay to transport black sand when its engine malfunctioned while passing through the San Bernardino Strait near Capul Island, a fifth class municipality with a population of about 15,000.

Libanan asked the Philippine Navy stationed at the Capul Lighthouse for help.

Strong waves swept the vessel, causing it to run aground some 200 meters from the shoreline of San Luis, a village in Capul.

A team from the Navy, the municipal government, police and Coast Guard arrived to rescue the ship captain, Libanan, and his 20 crewmen.

“The sea current was so strong and the waves at the time were as high as the ship itself,” said Abbang. She said at one point during the rescue, she asked the team to withdraw “because it was too dangerous for them.”

After the crew was brought ashore, the men stayed at the Coast Guard and Navy station at the lighthouse to be nearer the vessel which got stuck on the shore of San Luis.

Mayor Isidro Bandal, of Capul, offered a new building at the municipal office as temporary quarters for the ship crew but the crewmen declined as they needed to be near the vessel.

“They still need to fix the engine,” said the mayor. But stormy weather was making it impossible.

Typhoon Kammuri was projected to enter the Philippine area of responsibility between Saturday and Sunday.

Inside PAR, it would be christened Tisoy, according to the Philippine Atmospheric Geophysical and Astronomical Services Administration. With a report by Joey Gabieta

Don’t miss out on the latest news and information.