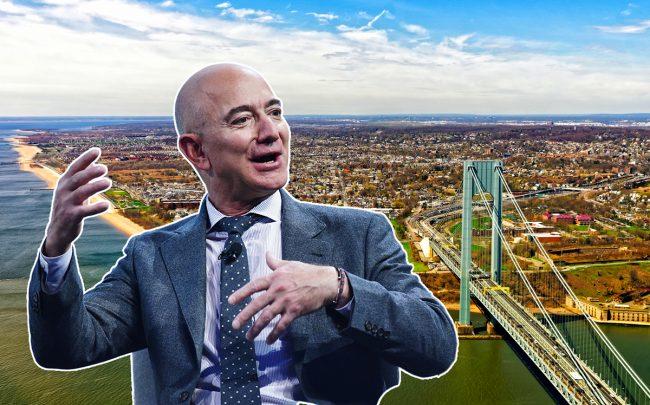 Amazon is upping its presence in Staten Island.

The company has leased a warehouse spanning 450,000 square feet next to the 855,000-square-foot distribution center it opened on the West Shore in 2017, according to Crain’s. The warehouses are part of the industrial hub by the Bayonne Bridge that Matrix Development Group is building called Matrix Global Logistics Park.

The distribution center focuses on storing and sorting goods, while the new warehouse will focus on last-mile deliveries. It should be up and running by the summer.

Amazon famously planned to build part of its second headquarters in Long Island City before backing out of the deal in February last year. The company has since signed a lease at SL Green’s 410 10th Avenue for 335,000 square feet that the company said will be for workers from its advertising and consumer groups.

Although Amazon has had a controversial presence in New York City overall, Staten Island Borough President James Oddo told Crain’s the company has been good for his constituents.

“The Amazon experience from a Staten Island perspective has been a positive one,” he said. “We call the West Shore the jobs coast.” [Crain’s] — Eddie Small