Analysis: Supply chain awards 2019, and the winners (and losers) are… 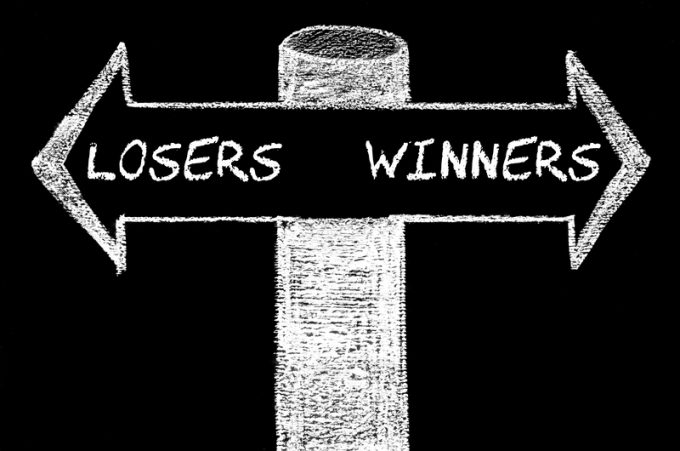 The challenge was to sum up a year of supply chain achievements in 30 words for each global player on my radar?

Yet be safe in the knowledge we will overlook corporate strategy here, rather focussing on hard evidence and the performance of the majors as the year joyfully draws to a close.

Its larger competitor, AP Møller-Mærsk, has surged from the August ashes: +50%. Net debt down 36%. Trading at 1x book value, it is still dirt cheap against its German rival.

You might recall I said I felt mildly bullish about the sector right at the turn of the year, yet I didn’t expect anything like this for either carrier – so, model thrown out of the window, not only metaphorically.

Asset-heavy supply chain players are a fascinating bunch in what is a totally unfair West vs East competition, based on 2019 trends.

Between a rock and a hard place financially, Yang Ming, Evergreen Marine, and Wan Hai from Taiwan as well as South Korea’s Hyundai Merchant Marine and Singapore’s Pacific International Lines are going through choppy waters, judging by their financials and sagging valuations (for those that are listed), while Japan’s ONE is/was/has been in transitional mode for so long that it isn’t pretty.

Not many are paying attention to their market values (where it applies), anyway.

However, to a different extent they all have laid out strategic/expansion plans that either would need external funding to thrive or new allies for them to survive and/or flourish.

What about taking a leaf out of CMA CGM’s/MSC’s playbook in the West, for example, with the idea of becoming private?

Worth a thought, maybe, while those two European carriers could become public sooner than you might think. I know, even a broken clock is right twice a day.

Although its Hong Kong-listed stock is going nowhere fast and its financials are, very inappropriately, the worst of the lot in terms of disclosure standards/transparency.

By contrast, its fully owned OOCI/OOCL arm – a benchmark in container shipping, with enticing plans in logistics too – keeps shining just as it did in the past. Well done.

Before moving to the asset-light players, a brief mention for the three largest integrated logistics companies worldwide – FedEx, UPS and DP-DHL – as well as those forcing them to re-think their business models and how clients ought to be approached.

Hence, Amazon (+16.5%), Alibaba (+47%) and JD.com (+57.3%), all up this year as they grow more rapidly thanks to a mix of tools, including more aggressive logistics plans spurred by e-commerce and other IT-related, often invasive, initiatives.

There are obvious winners and losers in a space that, more appropriately, resembles a battlefield.

Troubled FedEx, down only 3.1% this year, hit another 2016-style trough. Structurally challenged and capex-constrained, it needs a new look to prop up earnings. Lately it used debt to boost cash balances.

Meanwhile, UPS fought back to rise almost 21% this year, although deteriorating cash flows stink a bit. Its projected payout, just over 50%, is all that matters and is safe.

Elsewhere, a few analysts are bullish on China’s SF Holding – revenues might double in the 2019e-2023e period. Shares up 15.7%, but expect more upside than downside, if UBS projections are correct.

Finally, to the bread and butter of our coverage: the freight forwarders (FFs) and 3PLs, more broadly.

The only two sizeable FFs left in the marketplace following the de-listing of Ceva Logistics and Panalpina (PAN) in Europe – DSV Panalpina and Kuehne + Nagel  – have their stocks changing hands at trading multiples that imply the current cycle is set for even steeper growth rates, driven though by a not-so invisible hand rather than shockingly improving fundamentals.

(Side note: I recently bumped into a very long list of big accounts, sorted by verticals, for DSV + Panalpina, thinking I was looking at K+N’s full list of clients. Never mind, if you are at K+N?)

In the East, despite a few bullish notes from the sell-side, Honk Kong’s Kerry Network Logistics is still trading in line with 2018 year-end levels, meaning: larger deals and divestments should ensue. Similar considerations apply to China’s Sinotrans, down 28% this year, although some analysts think it has “potential”, once more, from divestments and overseas expansion.

Meanwhile, Kuwait’s Agility “trades” domestically, but institutional investors – “What’s Agility?” was a recurring question from investors when DSV/PAN news hit us – don’t bother and, anyway, it’s down for the year.

Where Hong Kong’s Li & Fung sits in the value chain is still unknown, but 2019 has been transitional and its financial/corporate structure is unlikely to be the finished product.

Finally, across the Atlantic from a beautiful island that prepares for a week of epic significance for its trade relationships with the rest of the word, here are the magic four 3PLs: XPO Logistics (+44%), CH Robinson (-9.5%), JB Hunt (+23%), and Expeditors (+8%).

They are not all in the same boat.

Three years on, XPO relentlessly tries to convince us that it’s ready to deal, but has so far raised debt to boost EPS via buybacks. Really. Rally from (underserved) lows uninspiring.

Another, CH Robinson, could be blessed if weakness forced it to think differently than in the past, mainly in terms of capital allocation. Still pricey, it’s neither fish nor fowl.

JB Hunt is in defensive mode in intermodal but holding up well, having gained freight forwarding status after securing an NVOCC license from the Federal Maritime Commission.

Finally, Expeditors can brag about a truly remarkable customs house brokerage business and rock-solid fundamentals which however are unlikely to shore up its valuation forever.

The trading multiples of these four leave little room to the imagination for value hunters, but while the party lasts, just make sure you don’t miss out.

(All share performances year to date as of close of trade on 6 Dec.)