Are we serious about responsibly addressing Connecticut’s looming waste crisis? 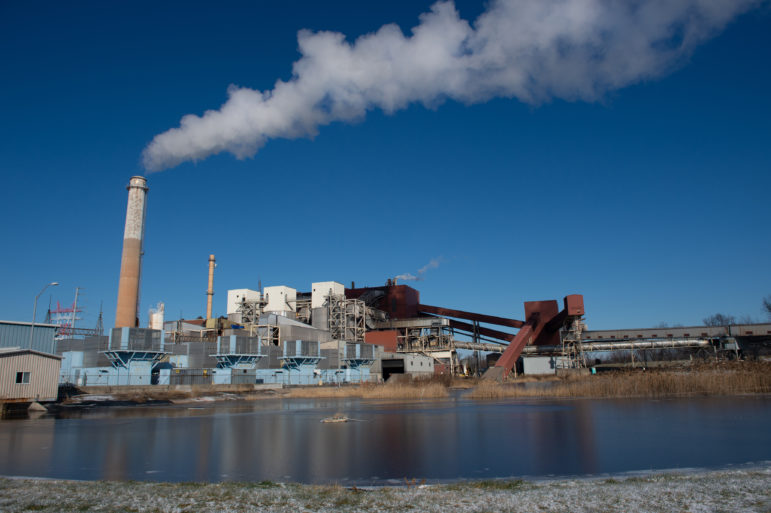 Steam billows from a tall stack near the power block facility at the MIRA trash-to-energy facility in Hartford’s South Meadows.

Connecticut Department of Energy and Environmental Protection (DEEP) officials speak of a sense of urgency in addressing the looming waste crisis when the Materials Innovation and Recycling Authority (MIRA) shuts down the Hartford trash incineration next July. For some reason Inigo Montoya in The Princess Bride comes to mind, “You keep using that word. I do not think it means what you think it means.”

A 2007 report warned that “Connecticut’s system will likely devolve from one that has been largely self-sustaining to one that is increasingly dependent on facilities and programs outside the state.” Here we are 14 years later and waiting for “someone” to propose a solution for the future.

The CT Coalition for Sustainable Materials Management (CCSMM) is counting on source separation of organics and pay-as-you-throw to solve the problem. Zero waste advocates suggest we need only reduce our waste and recycle more to eliminate the need for disposal. A reality check may be in order. Let’s imagine Connecticut could match the performance of Germany, recognized as the world’s leading recycling country. German consumers compliantly sort their waste into four separate bins for plastics/ metal, paper, organics, and household waste. Glass goes in neighborhood drop off bins. Taxes on landfill disposal and prohibitions on the amount of biodegradable material in disposed waste further encourage recycling. Even if Connecticut could match Germany’s performance, there would remain a need to dispose of just over 1 million tons of waste per year.

There is yet another aspect to Germany’s performance. Despite the robust systems for source separation, municipal waste is processed through mechanical- biological treatment (MBT) facilities to recover organics and potentially recyclable materials tossed in the trash. These systems divert 40 to 60% of the material that would otherwise go to a landfill or an incinerator.

It is difficult to envision a waste system to achieve Connecticut’s goals that does not start with mechanical separation of the municipal waste and treatment of the recovered organics. This is not a substitute for source separation, but rather a necessary complement. The MBT technology is mature and well proven in Europe. The technology has been vetted by DEEP and was originally to be included in the proposed project to modernize the MIRA facility. The proposal approved by DEEP projected a 40% diversion. Deploying MBT in Connecticut has the potential to reduce our disposal needs from 2.3 million tons to 1.4 million tons a year. The systems in Europe are tailored to either stabilize material for landfill or recover fuel for incineration. Zero Waste Europe has endorsed the technology as a bridging strategy from landfill/ incineration to a more circular economy. Given the wear and tear on mechanical separation equipment, the facilities undergo periodic overhaul, which would allow the equipment to be tweaked to match changes in the waste stream and to improve recovery of material for processing into upgraded materials, transportation fuels, or new end products.

A further benefit is that the separation facilities tend to be modular, sizing out ~200,000 tons per year. Larger capacity is achieved by building multiple lines. A distributed system of smaller facilities to receive and sort municipal waste could help redress the environmental injustice of large incinerators in poor urban communities of color. Facilities closer to waste generation would also reduce truck traffic and the associated pollution.

The technology is proven, but the economics are not. Separation and recovery simply cannot compete financially with cheap out- of- state landfill disposal. The project to modernize the MIRA facility was rejected due to its estimated $145/ ton tipping fee. A little perspective might help. That translates to about $18 a month for a family of four (assuming 2.3 million tons total and 58% residential.) The remaining commercial/industrial/ institutional (CII) waste would translate to a business surcharge of 0.06% on value added (aka GDP). If we deployed MBT and reduced our total waste disposal to 1.4 million tons, the family of four would be out $11/ month and the business surcharge would be 0.035%.

It is a simple choice. Are we serious about having an environmentally responsible and socially just system to manage our own waste? Or are we willing to dump our waste on other communities and future generations?

CTViewpoints welcomes rebuttal or opposing views to this and all its commentaries. Read our guidelines and submit your commentary here.