Neighbours of a home in Point Grey that is slated for demolition have raised health concerns about how the work is being done — particularly concerning asbestos.

Katherine Wrixon, who lives beside the home, was walking on the path between the two buildings on Nov. 8, when she came upon asbestos abatement workers sweeping pieces of dry stucco into a dustpan.

She immediately started recording on her phone and told the workers what they were doing was dangerous, because the stucco was made with asbestos.

On the recording, one of the workers can be heard questioning Wrixon while another appears to take off his mask and make a phone call. 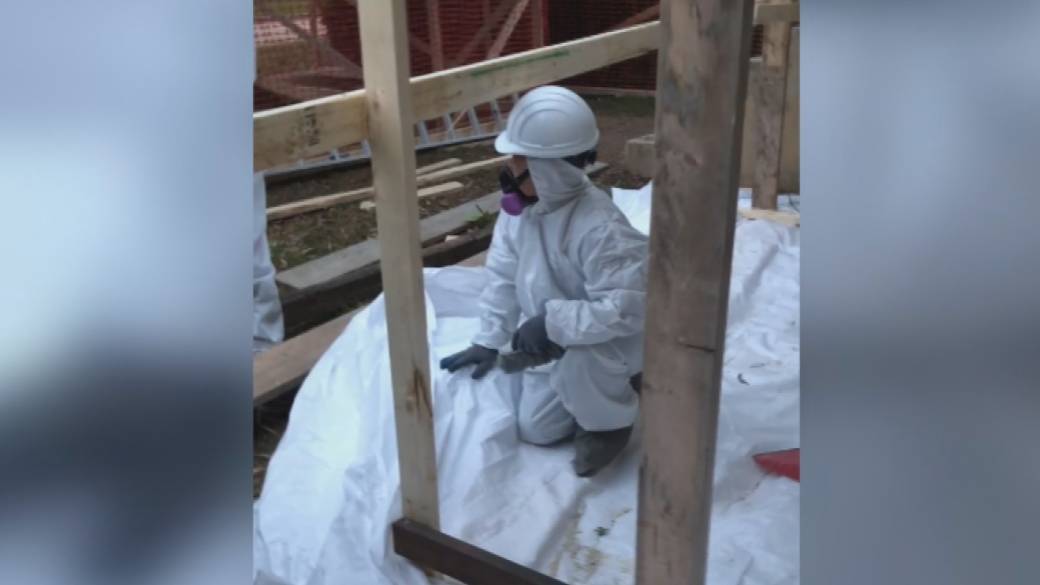 Wrixon, a doctor, said she knows there is no safe level of exposure to asbestos and that’s why she found the scene so concerning.

“It seems small, sweeping the stucco into a pan, but it’s not,” she said. “I’m just worried about further violations and health risks to myself and my kids.”

The inspector’s report stated the company doing the work, H & B Construction, failed to properly assess the risk involved in several aspects of the asbestos removal.

Among other infractions, the report found “the risk assessment does not identify the work activity or risk level associated with securing the wood frame scaffold to asbestos-containing stucco.” The report also rated the stucco as “high risk,” along with asbestos found in the basement of the home.

The neighbour on the other side of the home, Bruce Wiesner, also had concerns — so much so that he took a piece of the stucco that had fallen onto his property and had it tested at a lab for asbestos. The test came back positive.

“The abatement that is done these days seems to be very loosely regulated. I was trying to get the builder and the contractor to admit there was asbestos present,” he said Friday.

Wiesner said he saw the workers using a nail gun to attach the wood scaffolding, and he found it unusual that on the first day of working they were not wearing masks.

“It became clear they were not qualified,” he said.

Since raising his concerns with the company doing the main construction, Wiesner has been told H & B Construction is no longer involved with the project. But he said it’s unclear if the company was dismissed because of the WorkSafeBC findings, concerns from neighbours, or another reason.

Global News attempted to reach H & B Construction, but the phone number on a work form found at the home was not in service. Attempts to reach the owner of the property were also unsuccessful.

“I was very impressed with how seriously his office is taking this,” said Wiesner.

When asked about the issue on Thursday, Eby said the province has strict standards in place through WorkSafeBC to deal with asbestos remediation for safety for employees and to ensure it’s done properly.

Eby also said he plans to work with the concerned residents to further address the issue.

“The question is when it comes to a demolition permit issued by the city, if those standards aren’t being followed, will the city remove the permit or freeze work,” Eby asked.

What is the city’s role?

That’s a question Wiesner also asked the city. He said it doesn’t make sense that companies that break the rules are cited after the fact, rather than the city making sure permits only go to reputable firms.

“WorkSafe only responds when there is a breach, and so at the very best they are really only trying to put the milk back in the bottle under very dangerous situations,” Wiesner said.

Wiesner said he is also concerned about companies that could undercut those who follow the rules and in doing so, continue to get asbestos abatement contracts even though they’ve been cited for several violations.

In a statement, the City of Vancouver said permits are issued to property owners after receiving assurances from a qualified professional, and require owners to follow legislation related to environmental management and hazardous materials regulations.

The city added while WorkSafeBC oversees those regulations and ensures compliance, the city works with WorkSafeBC “to take appropriate steps when specific breaches of City Bylaws are identified.”

“We are aware of the neighbours’ concerns about this work, and will not be issuing any other permits for this property until the property owner can demonstrate that the asbestos removal has been done in accordance with all regulatory requirements,” the city said.

According to WorkSafeBC, asbestos exposure “can cause serious long-term health issues and even death.”

Because asbestos was widely used in B.C. as a building material up until the early 1990s, WorkSafeBC warns the substance can be found in many older buildings around the province.

Only qualified professionals are allowed to handle or remove asbestos. 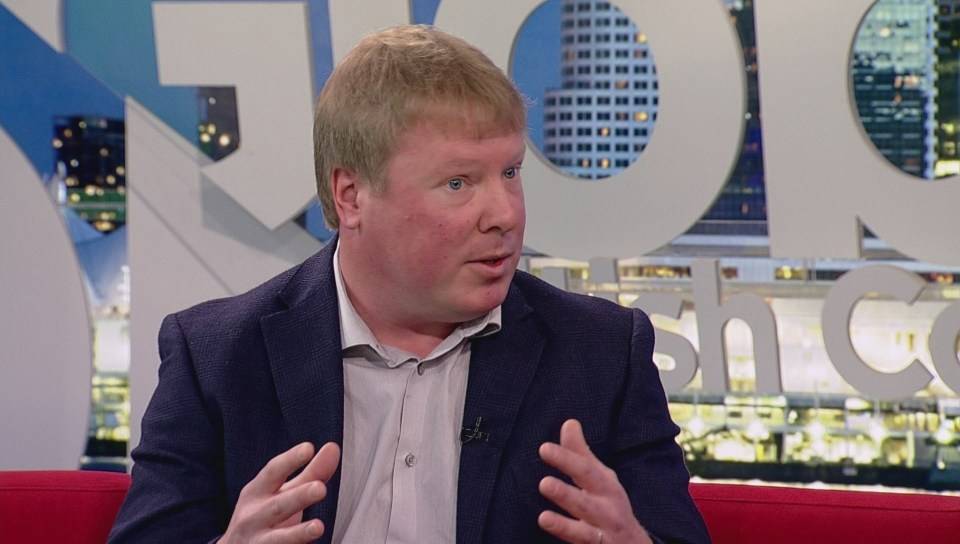 4:53
Ask an Expert: Asbestos concerns for homeowners considering a renovation


Ask an Expert: Asbestos concerns for homeowners considering a renovation

“People exposed to asbestos won’t develop illnesses right away,” WorkSafeBC adds. “It takes years for your health to suffer.”

Health Canada also has extensive resources on asbestos and its dangers. In late 2018, the federal government introduced the final measures of its multi-year effort to ban asbestos in Canada.

Wiesner said if the work at the home continues in an unsafe manner, one that puts the health of his family and his neighbours at risk,  he will consider legal action to try and shut it down.