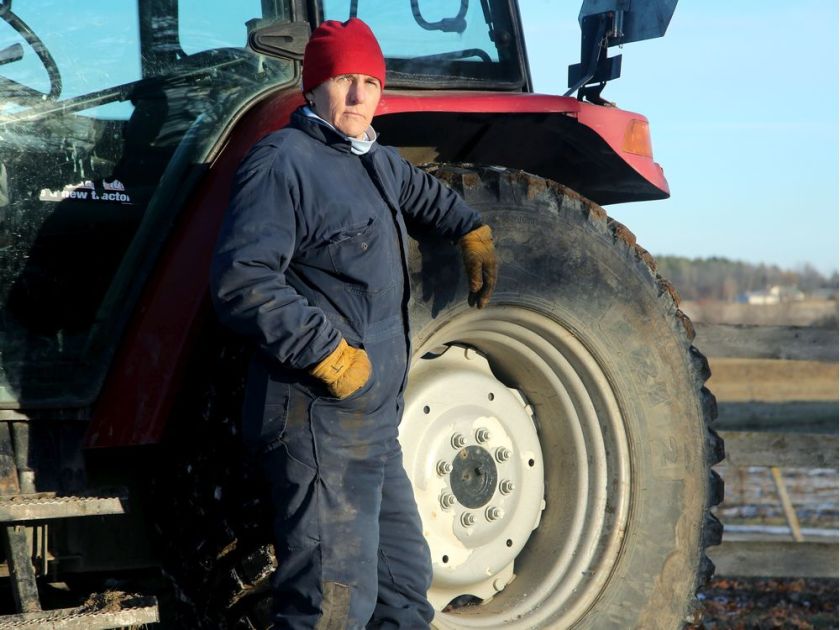 Teddie Laframboise is the owner of Steven Creek Farm, located near the proposed mega warehouse in North Gower.

If there was a pecking order for city hall’s committees, agriculture and rural affairs would stand well down the list below its high-powered brethren like the transit commission, finance and economic development, and community and protective services committees.

But Thursday’s agriculture and rural affairs committee might prove the exception, when a group of North Gower residents is promising to light up the room with their opposition to a massive 65,000-square-metre warehouse they say will irrevocably harm their rural community. Twenty-three delegations are signed up to speak about Montreal developer Broccolini’s plan for the enormous and mysterious warehouse on Roger Stevens Drive, just west of Highway 416.

“It’s planning anarchy,” said Teddie Laframboise, who operates a horse farm with her husband on Second Line Road, across Highway 416 and about two kilometres from the development site.

She said the city, which is backing the warehouse proposal, is ignoring North Gower’s own development plan, which states development should be to support the rural and agricultural nature of the community.

“It’s zoning by increment,” she said. “The city makes plans, they put a huge amount of money into the Ottawa official plan, and the provincial policy statement and the North Gower secondary plan, and then they make exceptions.

“You have laws. If you don’t follow them, that’s anarchy.”

Broccolini made the application for development in July, but most area residents didn’t learn the details until an Oct. 17 public meeting hosted by Rideau-Goulbourn Coun. Scott Moffatt. They then had until Nov. 1 to submit comments to the city.

North Gower resident James Graham attended that meeting and says he came away with an uneasy feeling.

“What I got from the meeting was the concept that we had to accept what the developer was going to do and try to work with the developer to get the best concessions,” he said. “That didn’t sit right with me.

“The more I found out, the more I felt compelled to fight against it.”

“I’m not anti-development. I always knew this area would be developed. But there should be multiple opportunities. If this developer gets what they want, this site is now a multi-billion-dollar company and nobody else is involved. The entire site is consumed.”

Opponents also worry about the warehouse’s effect on water wells — the location is outside the city’s water and sewer services — as well as its impact on traffic from the to-and-fro of delivery trucks and the cars of the up to 1,700 people who might eventually work there.

They’ve gathered 2,800 signatures on a petition that they’ve sent to Goldie Ghamari, Conservative MPP for Carleton.

“We accepted right from the beginning that this was a David-and-Goliath battle,” Laframboise said. “Not only are we going against Broccolini, we’re going against the city.”

Moffatt, who sits on the agricultural and rural affairs committee, says that while he doesn’t necessarily support the Broccolini proposal, he doesn’t oppose it either.

“The site permits development of industrial-commercial nature. The application isn’t a massive deviation from what was originally permitted. A warehouse is a permitted use,” Moffatt said.

“Opposing this just because they want me to oppose it doesn’t really get them anything. The best way to address concerns is to work with the application to get compromises.”

Broccolini has already agreed to reduce the building height to 22 metres, less than the 30 metres it asked for originally, but still more than the 15-metre limit of the current zoning.

Broccolini is going ahead with the application even though it has not signed a deal with a company to occupy it, Moffatt said.

“There’s a variety of companies that it could be, but they haven’t nailed one down yet. They wouldn’t come with an application for this property if they felt there wasn’t a market for it.”

ALSO IN THE NEWS