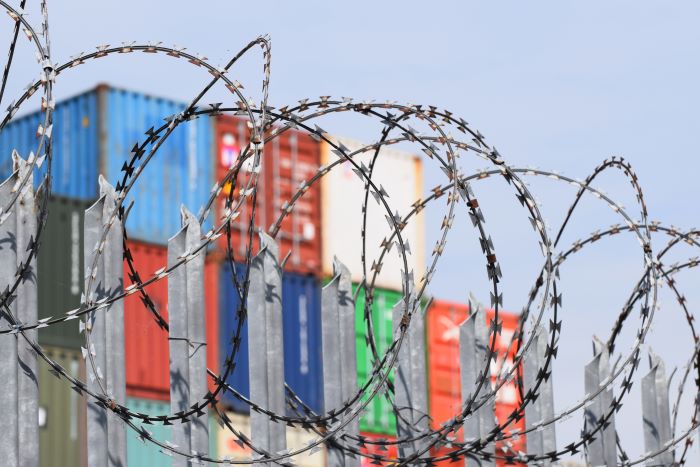 The FMC last fall began proactively investigating unfair detention and demurrage practices without requiring a formal complaint from a shipper, which it had required in the past. Photo credit: Shutterstock.com.

The inclusion of ocean shipping in President Joe Biden’s executive order issued Friday encouraging competition across several sectors will add urgency to the Federal Maritime Commission’s pursuit of unfair carrier practices, particularly in the area of detention and demurrage.

The FMC already believes that certain carrier actions such as a blanket refusal to carry exports violates the Shipping Act of 1984, and separately as of last fall began proactively investigating unfair detention and demurrage practices without requiring a formal complaint from a shipper, which it had required in the past, signaling a more aggressive approach to an issue that for years has defied easy solutions.

In other words, the regulatory landscape was already dominated by two issues which the sweeping executive order doesn’t change: complaints by politically influential exporters’ about inadequate access to capacity, and allegations of excessive and unfair detention and demurrage bills, an issue that long predates COVID-19, but which has been exacerbated by pandemic-driven congestion at ports and railheads.

Other issues raised as part of the announcement of the executive order were less clear as to their likely impact.

How exactly the FMC would “work with the Justice Department to investigate and punish anti-competitive conduct,” as White House Press Secretary Jen Psaki told reporters Thursday, is unclear. Though the Justice Department has long opposed ocean carrier antitrust immunity, testifying to that effect at congressional hearings over the years, a multi-year DOJ-led investigation of container line alliances, consortia, and related pricing activities failed to return any indictments and ultimately is believed to have terminated sometime in 2018 or 2019. Other nations’ investigations of container line collusion similarly failed to yield evidence sufficient for prosecutions to materialize.

But the core issues remain. Outside of a few instances of alleged unreasonable export practices by a few ocean carriers that FMC commissioners have indicated they believe represent Shipping Act violations, the disruptive and costly impact of the pandemic on all shippers – importers and exporters — makes it difficult to conclude that US exporters are being unfairly singled out, or to envision a clear path towards a policy solution.

On the other hand, however, allegedly unfair detention and demurrage bills are a longstanding grievance of shippers, to the point that a US shipper group in a rare move recently proposed legislative changes to shift the legal burden of proof in detention and demurrage billing from shippers to carriers. Interest by the FMC in the issue goes back to 2014 when it held a series of port forums where the issue surfaced as a “palpable” concern of shippers.

Shippers say that despite a 2020 interpretive rule by the FMC stating that importers, exporters, intermediaries, and truckers should not be penalized when they are unable to retrieve containers from, or return containers to, marine terminals due to circumstances beyond their control, they say they have noticed no significant change in behavior by carriers or their marine terminal partners. The FMC is now trying to get tough on detention and demurrage by beginning to self-initiate investigations versus waiting for relatively infrequent complaints to surface, in order to ward off a threatened legislative solution, and the executive order will only embolden the agency to toughen its enforcement.

On the question of access to capacity, the issue remains one of shippers criticizing carriers and carriers responding that the capacity simply isn’t there to handle the surge in demand. The supply-demand imbalance is reflected in the rates, which have been driven to all-time highs due to combination of a surge in volumes – US containerized imports are up 40 percent in the first five months of this year alone versus the prior year, according to IHS Markit — and reduced systemwide capacity, due to everything from social distancing and labor shortages on docks and within warehouses, to containers and chassis not being returned quickly.

“Ocean carriers are employing all available capacity and pulling out all the stops to manage the operational disruptions brought on by COVID-19. This is not the fault of any supply chain actor. Supply chains simply cannot efficienty handle this extreme demand surge,” the World Shipping Council, representing container lines, said on Friday.

In one example of how the system is incapable of handling demand, dwell time of US marine chassis is 20 percent higher than it was a year ago, which has effectively removed the equivalent of 60,000 chassis from the US market, causing shortages across the Midwest, according to one executive. In another example, in the first four months of 2021, the average turnaround time for vessels doing 6,000 lifts or more at Los Angeles-Long Beach was 194 hours, a 64 percent increase versus the same period in 2019, according to IHS Markit port performance data. Turnaround time is defined as anchorage time and on-berth time to complete cargo operations.

“Congestion, reliability and cost issues are hitting port, businesses, and ocean-linked transportation not just in America, but worldwide,” FMC Chairman Daniel Maffei told the same Congressional hearing on June 15. “The primary reason for the congestion, high prices, and lack of reliability is that demand for cargo shipping has outstripped the supply.”

With ocean shipping having been largely deregulated through laws passed in 1984 and 2008, rates fluctuate based on free market forces. When the market experienced overcapacity as it did for most of the decade following the financial crisis, rates were low and many shippers came to expect year over year reductions in contract rates and never complained about issues like access to vessel capacity outside periodic spikes in demand when cargo rollings would temporarily increase. And when demand outstripped capacity across the system of ships, ports, trucking, and rail — painful as it is — rates have moved sharply in the other direction.

“For years the increasing supply of cargo space and bigger and bigger ships kept ocean freight rates on the low side, but now Covid and its effects have created record demand for shipping and record freight rates as well,” Maffei said.