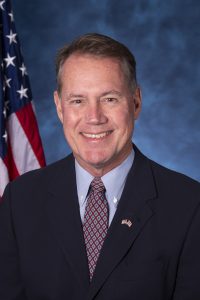 Congressman Ed Case is stepping up the fight against invasive species in a new bill that would require all baggage and cargo transporting into the state to be inspected for invasive species and high-risk agricultural materials.

“We must act now because invasive species pose an especially grave and accelerating threat to Hawai’i,” said Case. “Isolated Hawai‘i has one of the highest numbers and rate of endemic species anywhere and invasive species have wreaked havoc on our natural environment.”

Case explained that his measure would simply require the same inspection protocol for goods coming to Hawai‘i that is currently imposed when leaving the islands.

“This is the protocol that is followed by leading invasive prevention countries overseas – and if it’s good for the rest of the country and world, it’s good for Hawai‘i,” said Case.

Case said the cost of inspections would be paid for from increases in the current agriculture quarantine inspection fee.

“In the last 200 years, 28 bird, 72 snail, 74 insect and 97 plant species have gone extinct in large part because of invasives,” the congressman said.

Since 2005 alone, Case added, 195 new invasive species have been introduced, and they have triggered not only widespread environmental but economic damage as well.

“This bill is important to help protect Hawai‘i’s ecosystem, which is critical in so many ways — its beauty brings visitors from across the world, its unique nature is reflected in the rich cultural heritage of our Native Hawaiian community, and its abundance is vital to our agricultural economy,” said Rep. Tulsi Gabbard. “This bill will help preserve Hawai‘i’s unique beauty and bounty for our residents and visitors alike.”

Case pointed to two examples of the destruction brought on by invasives:

-The coffee berry borer, which was discovered in Kona in 2010, now infects all of the coffee growing islands in Hawai‘i, except Kaua‘i. The coffee berry borer can cause yield losses of between 30 and 35
percent and affects the quality of the coffee beans, directly impacting the income of growers. Our failure to prevent coffee leaf rust from entering Hawai’i could leave one of Hawai’i’s most iconic industries devastated.

“Yet despite these incontrovertible and growing impacts of external species on Hawai‘i’s natural resources and economy, existing federal law leaves Hawai‘i largely defenseless against increasingly destructive invasives,” said Case. “Imports by air and sea, the only means of in-bound transportation
to our island state, lack any effective regulation to screen out invasives.

“This is despite a fairly robust screening of exports from Hawai’i to the Continental United States to screen out invasives from Hawai’i viewed as harmful to mainland agriculture – invasives that, ironically, were invasives into Hawai’i to start with,” said Case.