Nuclear power is generated from the heat and energy given off when an atom is split.
Keith Matheny/Detroit Free Press

Canada has narrowed to two communities its list of potential hosts for a permanent national repository for its most radioactive waste — spent fuel from nuclear power generation. And one of those two finalists is on the shores of Lake Huron.

If chosen, Huron-Kinloss/South Bruce, in Bruce County, Ontario, could host a large repository, 1,650 feet or more underground, to which the entire nation’s spent nuclear fuel supply would be transported and stored, essentially forever.

“This is the worst of the worst” waste, said Kevin Kamps, radioactive waste specialist with the nonprofit Beyond Nuclear, based in Tacoma Park, Maryland.

For perspective, as the U.S. considered a similar underground repository for its spent nuclear fuel at Yucca Mountain, Nevada — a proposal that has since stalled amid backlash from Nevadans — a federal Court of Appeals in 2004 ordered the U.S. Environmental Protection Agency to develop standards to protect people and the environment from the site’s radiation for up to one million years. 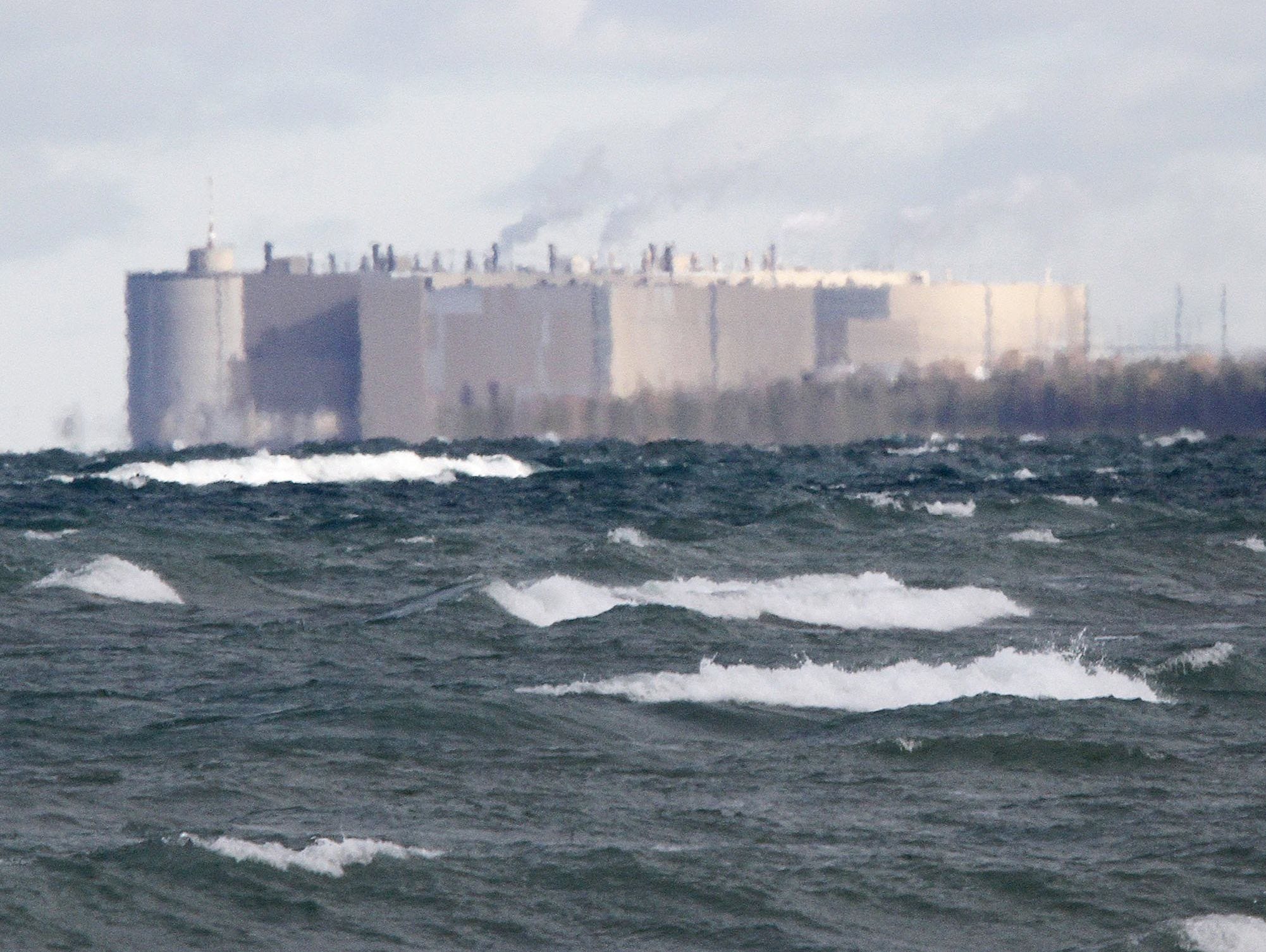 Canada has an inventory of almost 2.9 million used nuclear fuel bundles currently stored above-ground in wet pools and dry containers at the nuclear plant sites where the waste is generated. That’s about 128 million pounds of highly radioactive material, a number that is growing.

The site along Lake Huron is in the same county where another underground storage facility — this one for low-to-intermediate-level radioactive waste from Ontario’s 19 nuclear reactors — was proposed. That plan, still under consideration, generated loud opposition throughout the Great Lakes Basin beginning about five years ago, especially in Michigan. 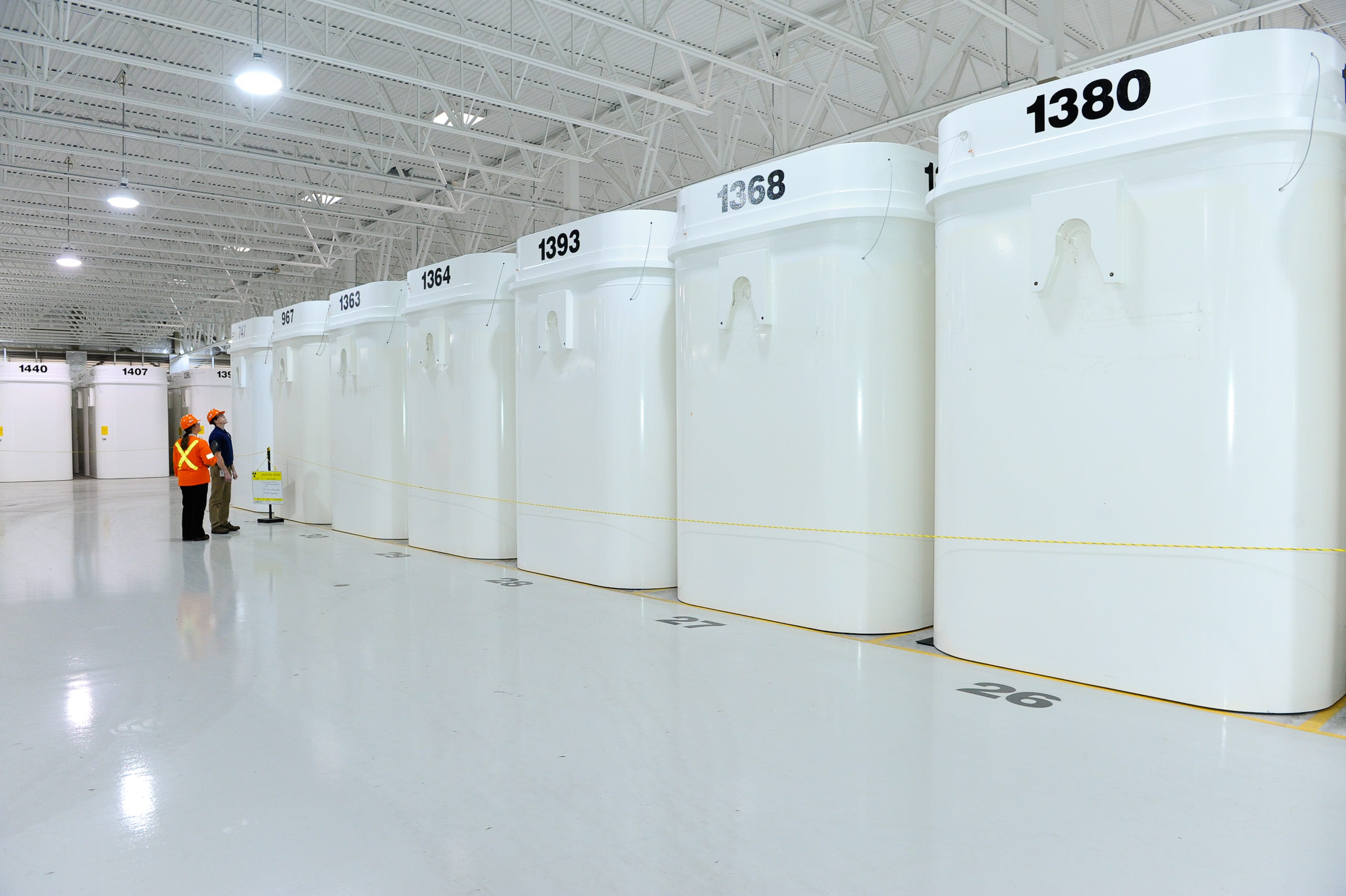 Michigan’s Democratic U.S. senators, who were among those urging a halt to the lower-radiation waste storage on the Great Lakes, expressed alarm that Canada is now considering putting its most dangerous nuclear wastes along the Great Lakes as well.

“Canada has as much at stake as we do in protecting our Great Lakes. There is no justification for a nuclear waste site so close to Lake Huron to even be under consideration.”

Stabenow said she would reach out to the Canadian government regarding the issue.

U.S. Sen. Gary Peters noted that the Great Lakes provide drinking water to 40 million people on both the U.S. and Canadian sides.

“That’s why we need to do everything we can to protect the Great Lakes for future generations,” he said. “I am extremely concerned about the possibility of hazardous nuclear waste being stored near the Great Lakes. Any accident could have catastrophic and long-term consequences to the health and well-being of Michigan and the country. I urge the Nuclear Waste Management Organization in Canada to reconsider naming a finalist location so close to the Great Lakes.”

The finalist decision was made by the Nuclear Waste Management Organization, which consists of the nation’s generators of nuclear power and its wastes: Ontario Power Generation, New Brunswick Power Corp. and Hydro-Québec. Under an act of Canada’s parliament in 2002, the organization is tasked with designing and implementing Canada’s plan for the safe, long-term management of used nuclear fuel.

The idea for a “deep geologic repository” — an underground storage facility far below the surface and even groundwater — emerged during a process of engaging citizens throughout Canada, said Ben Belfadhel, vice-president of site selection at NWMO.

“It is the safest method we have today to ensure the safe, long-term management of used nuclear fuel,” he said. “It is a method that’s being pursued by all countries around the world with nuclear programs.”

More than 60,000 tons of highly radioactive, spent nuclear fuel is stored on the shores of the Great Lakes, on both the U.S> and Canadian sides.
Keith Matheny/Detroit Free Press

Canada’s process also requires a willing host community. Twenty-two communities were initially identified as being willing to learn more about the proposal. Three main criteria helped guide evaluation of potential host communities, Belfadhel said: confidence the organization could operate a facility there safely; confidence high-level radioactive waste could be transported there in a way that’s “safe, secure and socially acceptable,” and the potential for partnership with municipalities and any indigenous communities in the proposed project area.

The sites were winnowed to five last month, and last week, the organization decided on its two finalists: Huron-Kinloss/South Bruce and Ignace, a rural community in northwest Ontario about 150 miles north of western Lake Superior.

“They are the communities that satisfied best the three criteria: safety, transportation and the potential for partnership,” Belfadhel said.

The underground repository is actually protective of the Great Lakes and people who live in the region, he said.

“If you look at what we have today, used nuclear fuel and other radioactive material is sitting on the shores of the Great Lakes,” he said. “Interim facilities are safely managed and are well-regulated. But those facilities, they require maintenance.

“Used nuclear fuel is going to remain hazardous for hundreds of thousands of years. We have no guarantee today that our society is going to remain stable to maintain those surface facilities. We need an underground, passive solution.”

“You have a company town, Kincardine Ontario, with one of the largest nuclear plants on Earth,” said Brennain Lloyd, project coordinator for NorthWatch, a regional coalition in northeast Ontario that works on regional issues.

Many area residents, with family ties to the nuclear plant, expressed support for the low-to-intermediate radioactive waste repository, and would have an economic interest in the spent fuel disposal site, Lloyd noted.

“Everybody who drinks Great Lakes water is being held hostage to the decision-making of these few thousand people,” she said.

While several nations, including France, Sweden and Finland, are at various stages of designing deep geologic repositories for their spent nuclear fuel, there has not yet been any proof, anywhere, that the concept works over the very long term, said Gordon Edwards, president of the nonprofit Canadian Citizens for Environmental Responsibility, based in Montreal.

Germany is spending billions to dig up low-to-intermediate radioactive waste that it stored in a salt mine, due to leakage and other environmental concerns. In 2014,  chemical reactions in a steel barrel full of radioactive waste caused an explosion and fire at a low-to-intermediate underground waste site in Carlsbad, New Mexico, causing $2 billion in cleanup and repair costs and releasing a cloud of radioactivity at the surface that the EPA later declared not harmful.

“If we put waste underground and then it fails, we are going to have a much bigger problem on our hands,” Edwards said.

Belfadhel said the completed repository site would have on-site monitoring for “over 100 years.”  Edwards said that’s a pittance of what will be needed.

Another problem is transporting highly radioactive spent fuel to the site, Kamps said.

“Are they going to use barges on the Great Lakes? What if they sink?” he said.

“If not barges, are they going to use trains and trucks? What if they crash? What if they are attacked by terrorists? If there are releases, it’s probably going into the lakes.

“You’re talking about concentrating 22 reactors’ worth of spent fuel. If you’re going to concentrate that much radioactivity in one place, terrorists might consider attacking it for the ultimate dirty bomb on the planet.”

A long process remains before NWMO decides whether to proceed with a repository in one of the two communities. It will include environmental evaluations, geological studies and public engagement, Belfadhel said.

“A project like this will have to meet very stringent criteria,” he said. “The protection of surface water and groundwater is front and center in this criteria.The main goal is to protect people and the environment.”

The proposal to store the most dangerous waste in the world near the Great Lakes should not even be considered, Edwards said.