Cargo and passenger traffic on the rise at Chicago Rockford

Chicago Rockford International Airport (RFD) has announced its best ever year for both cargo and passenger traffic.

More than 2.3 billion pounds of cargo were handled at the Illionos gateway in 2019, meaning that its cargo volumes have trebled in the last five years.

The airport is home to the second largest UPS hub in North America, which continues to increase its daily cargo flights, and is also served by ABX Air, ATI, and Atlas Air.

And with the airport’s recent cargo expansions and additional flights announced by Amazon Prime and other Amazon carriers, RFD claims that it is quickly becoming a Midwest hub for e-commerce freight.

“We continue to see the cargo numbers increase due to the partnerships RFD has secured and nurtured throughout the past several years,” said airport executive director.

“In addition to our larger partners, we’ve been able to secure several additional organizations which further impacts our region’s job growth and economic development.”

In July 2019, the Federal Aviation Administration released its calendar year 2018 all-cargo data which ranked RFD as the 19th largest cargo airport in the US with growth of almost 55% year-over-year.

RFD was the only Illinois-based airport which grew its cargo operations. 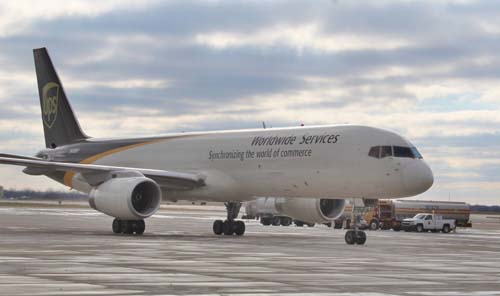 Additionally, in September 2019, Airports Council International (ACI) named RFD as the fastest-growing cargo airport in the world for 2018 for airports that handled more than 250,000 metric tons of air cargo.

RFD’s cargo success has also had a huge economic impact for the Rockford region.

Nearly 2,000 jobs were created last year and the airport expects to see an additional 1,000 jobs added throughout 2020.

“We continue to connect with potential new partners on additional destinations and remain committed to providing our travellers with the best, hassle-free airport experience,” added Dunn.