These ports had handled 403.60 MT of cargo during the corresponding period of the last fiscal, according to the Indian Ports Association (IPA).

While the handling of iron ore saw a 28 percent jump during the April-October period, thermal coal shipment declined by 17.69 percent. 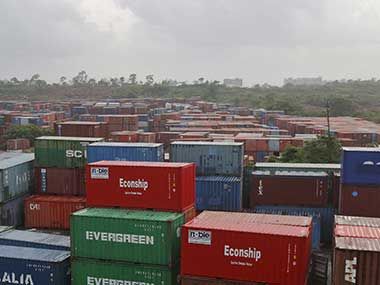 The ports handled 28.82 MT of iron ore during the April-October period of the ongoing fiscal as against 22.50 MT in the year-ago period.

Thermal coal imports declined to 51.10 MT at major ports during the period as against 62.08 MT in the same period the previous year.

Handling of coking and other coal recorded a 6.88 percent rise at 33.43 MT during the seven months period as compared with 31.28 MT of coking coal handled in the corresponding period last fiscal.

Finished fertiliser volumes saw a growth of 22.58 percent during the period.

Containers recorded a growth of 2.79 percent in terms of TEUs (twenty-foot equivalent units).

Volume of seaborne cargo is essentially in the nature of derived demand and is mainly shaped by the levels and changes in both global and domestic activity.

The major ports handle about 60 percent of the country’s total cargo traffic.