Cargo storage facility near Bagdogra airport to be operationalised 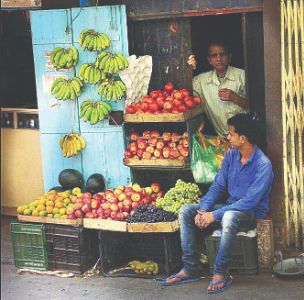 The Airports Authority of India (AAI) has finally agreed to take over the perishable cargo storage and according to the agreement with the state Urban Development and Municipal Affairs (UD & MA) department they will be maintaining it for a period of 20 years.

“The facility that was set up in 2010 by Siliguri Jalpaiguri Development Authority (SJDA ) could not be operationalised. We were in constant touch with the AAI and several meetings were held. Finally they have agreed and soon they will start working on it to make it operative,” said a senior official of UD & MA department.

It was in March 2016 when the Comptroller and Auditor General of India (CAG) mentioned in its compliance audit that the project had been a non-starter because of lack of initiative by the SJDA. The matter was taken up on priority basis and there were a several meetings between the UD & MA department and AAI to work out the modalities.

“North Bengal produces various fruits, vegetables and flowers. The infrastructure for perishable cargo will be a big boost for export,” said Subrata Gupta, Principal Secretary of UD and MA department.

Gupta added that the air conditioning facilities had also become defunct because of non-use for several years and the AAI will soon start working on it .

It may be mentioned that connectivity from Bagodgra airport has received a big boost in the last few years and there has been a 135 per cent rise in the international passenger traffic at the airport.

The demand for perishable products like fruits, flowers and vegetables is high in Europe and Gulf countries.

The SJDA had acquired 3.91 acres by spending Rs 75 lakh for the storage which was set up at a cost of Rs 6.68 crore. The construction was completed in March 2010.

In October 2010, the SJDA entered into an agreement with the Container Corporation of India Limited (CONCOR) for operation and management of the centre and in February 2011, it was handed over to the CONCOR.

However , the project did not kick off as the SJDA couldn’t get necessary licences and permissions from the statutory authorities.