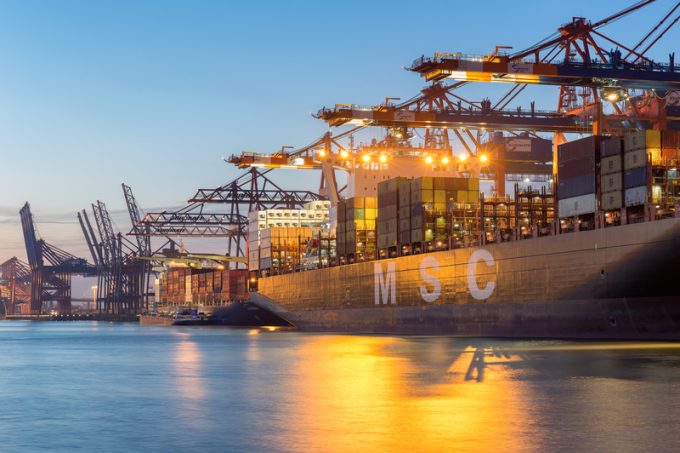 Ocean carriers are launching a raft of GRI and FAK rate increases next week to take advantage of an expected cargo rush ahead of the early Chinese New Year  (CNY) holiday in January.

The lunar festival  for the Year of the Rat starts on 25 January, and carriers are already claiming they are see “strong market demand” for space.

Accordingly, they have also started announcing separate peak season surcharges (PSSs) across a range of export routes from Asia for next month.

And, having already notified shippers of an FAK rate increase on 1 December from Asia to Europe, this week most carriers rolled out further mid-December increases.

For example, CMA CGM advised on Monday that from 15 December it would increase its Asia to North Europe 40ft FAK rate to $2,200, following an earlier announcement hiking the rate to $2,000 from 1 December.

Additionally, from 1 December, carriers will begin charging low-sulphur fuel surcharges to recover the extra cost of bunkering ships with fuel in readiness to comply with the IMO’s 0.5% sulphur cap on marine fuels that comes into force on 1 January.

Today’s Shanghai Containerized Freight Index (SCFI) reflects the disciplined action of carriers in their capacity management, rate and bunker surcharge increases and their current lack of appetite for rate discounting, despite headhaul load factors falling below 90% on both the Asia-Europe and transpacific tradelanes.

Moreover, the container lines are beginning to plan for the next slack period, during and immediately after Chinese New Year, by announcing more blanked voyages.

Today Maersk and MSC announced that the 2M would void its Asia-North Europe AE2/Swan loop in week 4 to “rationalise capacity during this period”.

The North Europe component of the SCFI gained 9.1% this week, to $766 per teu, which is around 2.5% above the level of the same week of last year.

However, 12 months ago, bunker costs were some $200 per ton higher than the current price for HFO (heavy fuel oil), meaning that until Asia-North Europe carriers have to actually start paying for more-expensive IMO 2020-compliant fuels, they are in a healthier position than a year ago.

Indeed, this was reflected in the carriers’ third-quarter financials, which mostly saw them post better-than-expect results for the quarter.

For Mediterranean ports, container spot rates recorded by the SCFI improved by 6%, to $730 per teu, which is around 7% below the level of a year ago.

Meanwhile, the capacity and rate discipline of carriers extended to the transpacific routes, resulting in significant increases in spot rates on the tradelane.

“While carrier rates are below last year’s rates, peak season on China-US lanes is still 25% above 2017’s rates for the west coast and 47% over 2017’s east coast rates, which is quite impressive given the raging trade war,” said Freightos CMO Ethan Buchman.

But a note of caution for carriers relating to IMO 2020 was expressed by George Griffiths, editor of global freight market at S&P Global Platts.

He said: “With the 3.5% to 0.5% marine fuel spread in Rotterdam at around $250 per ton, it remains to be seen how much of these additional costs carriers can successfully pass on to their customers.”