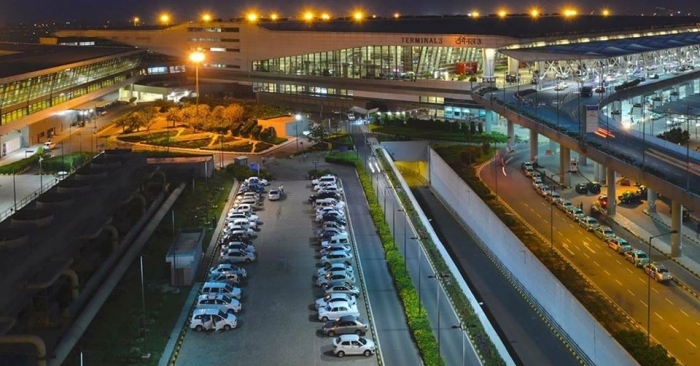 An Air Asia X (D7) freighter from Beijing with garment and accessories landed in Delhi for onward delivery to Ukraine in the last week of 2019.

An Air Asia X (D7) freighter from Beijing with garment and accessories landed in Delhi for onward delivery to Ukraine in the last week of 2019. This was the first time an international-to-international Chinese cargo routed via Delhi Airport. With this, a new gateway has been shaped for the transportation of international transshipment cargo connecting China to Ukraine through Delhi Airport.

Videh Kumar Jaipuriar, CEO, DIAL said, “We are delighted to be chosen as the exclusive cargo transshipment centre in India by Beijing. Delhi has emerged as a cargo hub for businesses in North India and neighbouring countries. This new movement of international transhipment cargo connecting China to Ukraine via Delhi Airport will give a significant impetus to the air cargo and regional logistics sectors. TEC not only provides new momentum to the efficient movement of transshipment air cargo through secure channel, but also contributes significantly in promoting Delhi Airport as Air Cargo Hub of the region and an Air Cargo Gateway to the World.”

Previously, the newly launched TEC was used by Bangladesh firms for transporting readymade garments from Dhaka to Manchester.

With its two integrated cargo terminals and TEC at the airside for movement of transshipment cargo, Delhi airport is emerging as a transshipment hub for India’s neighbours. DIAL has also developed Airport Cargo Logistics Centre (ACLC), as on-airport warehousing facility, to handle all types of cargo, such as textile, retail, electronics, perishable, pharma, project cargo and livestock.

Harish Bhardwaj, business head, M/s GAC Logistics, the freight forwarder said, “As an initial process for this new facilitation at Delhi Airport, we are indeed amazed to experience the pro-activeness in services provided by Delhi Airport for this very first cargo routing of transshipment between Beijing – Delhi – Ukraine. After the successful movement of this transshipment cargo from Delhi, our foreign business partners are excited and quite confident to increase the volume of transshipment via Delhi Airport”.

With the three operational runways and nine freighter parking bays, Delhi Airport is India’s largest and busiest airport. The airport is going to add three more freighter parking bays. Delhi Airport has the capacity to handle over 1.8 million MT of cargo annually, which is scalable to 2.3 million MT. In FY’19, the airport achieved a new milestone of handling over 1 million MT cargo, the highest volume of cargo handled by any airport in India in a year.

Information on Over 200 Plant Viruses Provided by Brazilian Inventory