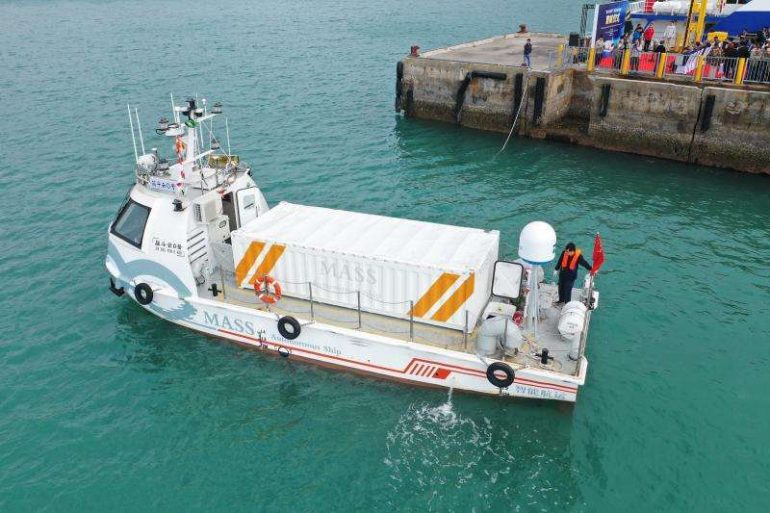 The ship, carrying specialties from Zhuhai’s Dong Ao island, completed a voyage from the island to the No.1 pier of Hong Kong-Zhuhai-Macao Bridge successfully.

Yunzhou Tech, a Zhuhai-based technology company, started the development of the ship in 2017 in collaboration with Wuhan University of Technology and CCS.

According to Zhang Yunfei, president of Yunzhou Tech, the company will further test the ship and actively explore the commercial use of the ship.

Zhuhai is now developing a test ground for autonomous ships as part of its plan to develop an industrial platform in the new sector. The Wanshan Marine Test Field, which will cover a total area of 771.6 sq km, will become the largest autonomous ship test ground in the world. It will allow the testing of technologies such as autonomous steering and obstacle avoidance.