Coal Mines convict site is a World Heritage destination, but it’s being lost to coastal erosion 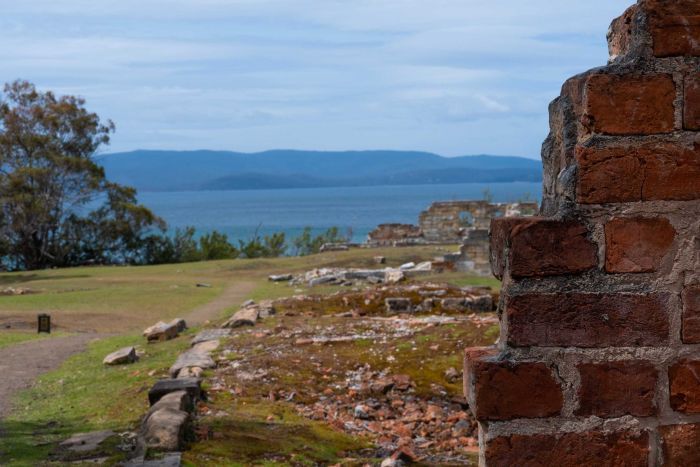 In 1833, a coal mine was established on a steep, bushy cliff on the banks of Norfolk Bay on the Tasman Peninsula.

The historic site is one of Australia’s best preserved examples of hard labour punishment and industrial advances within the colonies.

Visitors can walk among sandstone ruins of barracks and punishment cells, and water-worn coal on the beach.

But, the site is being hit hard by coastal erosion. 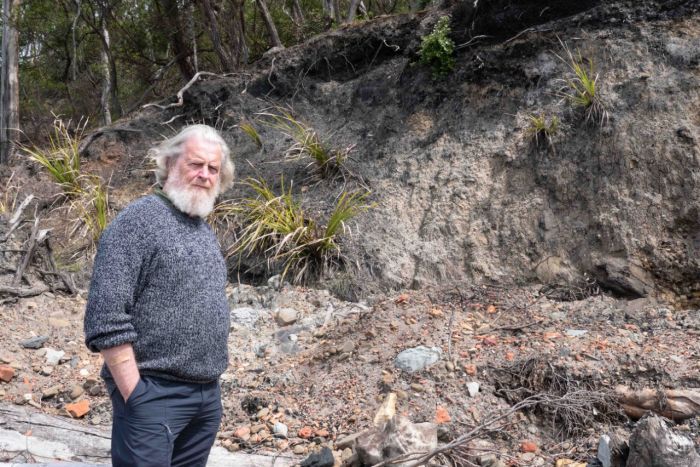 At its peak, the site had 600 convict men working at it.

It was part of the brutal penal colony which took over the peninsula, which most notably includes the Port Arthur site.

The Coal Mines site is World Heritage listed, and on many other heritage registers, but metres of it are being lost.

“It’s coastal erosion happening with constant nibbling of the beachline, and the slow erosion is exacerbated when you get periodic storms and that takes large chunks out,” he said.

Laser scanning of the coast it sits on over the past eight years has given its managers a 3D picture of what has been happening.

“We can now demonstrate not only that we’re losing material, but where we’re losing it and how rapidly,” he said.

“This is not a what if, this is happening now.” 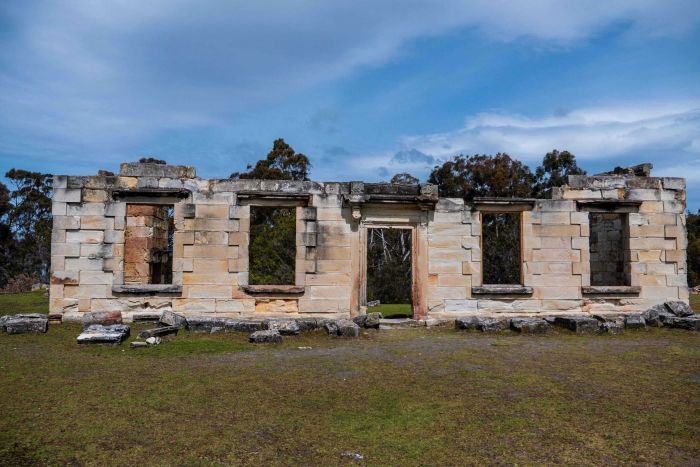 How long can it be saved?

Dr Roe said it was inevitable that parts of the site would be lost, and many different value would need to be juggled.

“The question is how long we can save it,” he said.

“We are trying to go for solutions that are relatively low cost and don’t have a huge visual impact.”

Large coastal defence works would come at a huge cost and impede on the natural beauty of the site, he said.

“It would probably destroy the values for which we value the site in the first place,” he said.

A low cost solution has so far involved installing log barriers along the beach loaded from behind with materials.

“We have to face the fact that in coastal locations like this our job will involve how we manage the loss of things rather than how we keep things indefinitely,” he said.

“We are going to struggle,” he said.

“It will depend in the long run on how strong those values are and to what extent people are willing to pay to have those values maintained and protected.

“One hopes there will be a general recognition that protection places like this is just as important as protecting other coastal assets.” 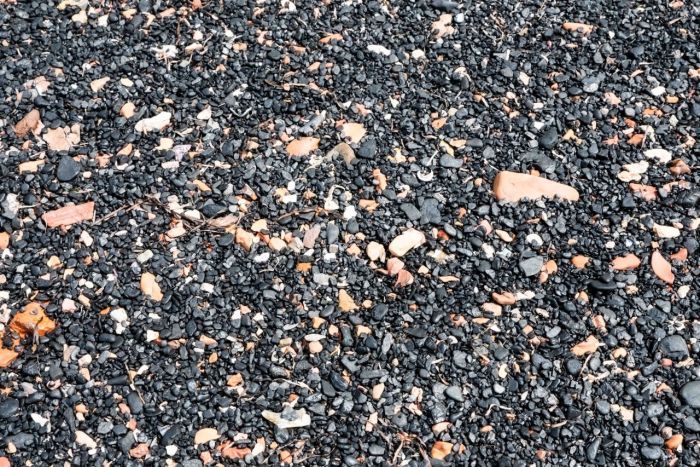 University of New England research fellow Dr Richard Tuffin said the area was surveyed by boat from 1828, and coal veins were discovered in the cliffs.

The first task was to dig adits [mining passages] into the hill side allowing access to the coal.

“From that point on they start to work the veins of coal that was here and it was proven to be a very viable resource,” Dr Tuffin said.

“They began to send more and more convicts here until you had a gang of about 600 men at its peak.”

The work was all hard manual labour, using picks and shovel to dig the tunnels. 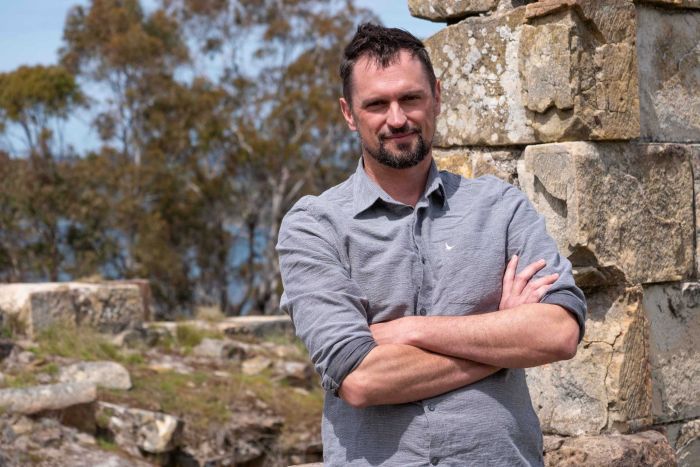 Authorities picked convicts with experience to send to the station to work on the coal face so it was efficiently run.

“They put them at the face, they are working that coal, and its coming out in big broken chunks and loaded into boxes.”

Unskilled convicts would drag the heavy boxes to be loaded onto ships, day after day.

The men were a mixture of convicts hand picked from transports from England, and others that had been living in the colony and had re-offended and ended up at Port Arthur.

Some would have worked in coal mines in their home country.

“For them, the experience wouldn’t have been too different, apart from the fact that they are unfree,” he said.

“It was a hard and monotonous life.” 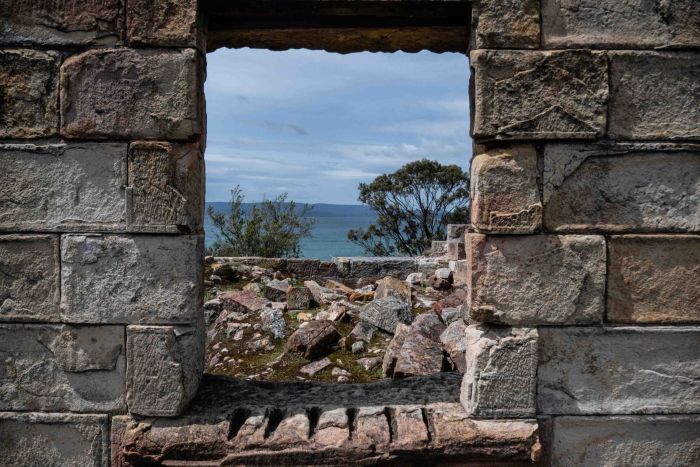 Photo:
The site is World Heritage listed, and appears on many other heritage registers. (ABC Radio Hobart: Georgie Burgess)

Dr Tuffin said escapes from the mine station were frequent.

Convicts could be punished by spending time in the separate cells for up to 48 hours with bread and water, and many wore chains.

But, overall the convicts were well fed.

“They needed to keep the calorie count up for the men because they wanted the men to work, and you can’t work starving wretches,” he said.

Skilled labourers didn’t work in chains, and had their own accommodation and a better diet.

Dr Tuffin said magistrates records are full of escapes and other incidents at the site, including men who had refused to work because they didn’t want to be sent down the mine.

He said there were also punishments recorded against men who sabotaged the mine by excavating near supports.

Others tried to run away.

“Sometimes they’ve been planning an escape for a while and they’ve made a raft, but most of those come to grief,” he said.

“Not many of those absconding attempts end well.”

Convicts left the site in 1848 and it was then mined by free settlers until the 1880s.

The mine was then severely damaged by a bushfire and burned for several decades, and the underground workings collapsed. 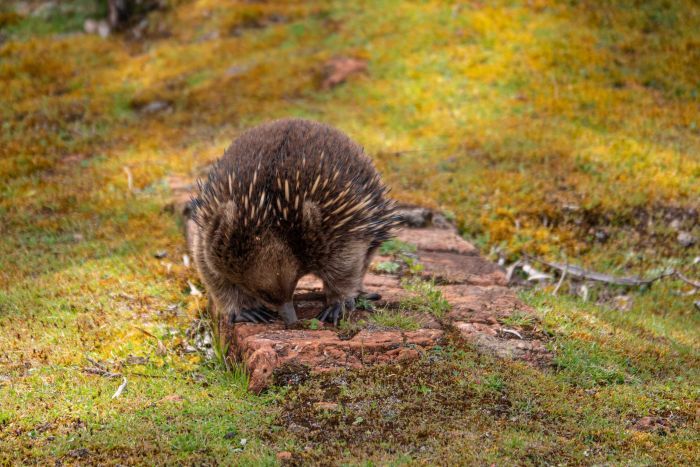 Photo:
The site’s natural wonders are as much of a drawcard as its built history. (ABC Radio Hobart: Georgie Burgess)