London —
Major miners report they are prepared for the International Maritime Organization’s planned introduction of 2020 fuel standards in January, the so-called IMO 2020, which will limit sulfur levels in bunker fuels to 0.5% from the previous typical level of 3.5%, in shipping’s biggest regulatory change in decades. 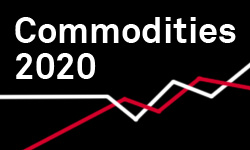 The “Big Five” bulk miners’ approaches have been varied, but in all cases end-customers, many of which are in China, will bear the brunt of the increases foreseen in cost and freight prices for shipping bulk commodities including iron ore, bauxite, alumina, coking and thermal coal and petcoke. S&P Global Platts estimates cost and freight charges could rise by up to 20% as a result.

Brazilian miner Vale, the world’s largest iron ore exporting company, has ordered its suppliers to install scrubbers on its chartered ships: it expects to have 76% of its contracted fleet installed with scrubbers by the end of 2020 and 95% by the end of 2022. Scrubbers — which typically cost around $3 million each to install — are effectively mini-refineries that will separate sulfur from the exhaust gases of high-sulfur content fuels on board vessels.

“Vale believes that adopting scrubbers on ships is the best way to cut sulfur emissions in the international maritime market and help shipping companies to conform to the new IMO norms, which from January will set a 0.5% cap on these emissions,” a spokeswoman said. “Since 2017, Vale has been encouraging its suppliers to contract new ships with this equipment. That year, the company signed iron ore transport contracts with shipbuilders that led to the construction of 47 Guaibamaxes. These ships left the shipyards already complete with scrubbers.”

In 2019 the company sees its freight costs averaging $18/mt. The adjustment to use low-sulfur fuels will add $1.9/mt and the cost of scrubbers installation an extra $1.7/mt, CEO Eduardo Bartolomeo said at the company’s Vale Day event in London earlier this month. However, with efficiencies gained from the new fleet and the assumption that low-sulfur fuel costs will eventually fall, the company’s mid- to long-term freight costs are seen falling to an estimated $16.3/mt by 2024, he said.

“We are very supportive of the regulations and the need to reduce emissions from ocean freight activities,” an Anglo spokeswoman said. “We believe sulfur is best handled at the refinery and we will only operate Anglo American controlled vessels on compliant fuel. We will not be utilizing scrubber fitted vessels on Anglo American controlled freights and we have requested that those buyers that will utilize scrubber fitted vessels on FOB cargoes do not discharge waste water from their systems at or near the loading port. Like all, our concerns have been fuel availability, quality and enforcement of the regulation — as we have moved closer to the start of 2020 we are increasingly confident of a smooth transition.”

Anglo, in its role as a ship operator, but not a ship owner, stresses it is working with its suppliers to ensure compliance and quality in the fuels supplied. “We have initiated additional sampling and testing procedures during the transition period to provide assurance,” the spokeswoman added. “We have worked closely with our time-charter owners both technically and from a safety perspective to clean tanks, test fuels and ensure we are compliant well in advance of December 31.”

“We expect compliant fuel will be priced into market freight rates which are built into the cost and freight prices of our products.”

LSFO currently costs around $200/mt more than HSFO, stocks of which are now being sold off at a discount in some Asian ports. The higher price for LSFO may push up fuel costs close to 60% of shipping companies’ total costs, up from the current 50%, according to Platts research.

Rio Tinto says it is fully committed to complying with the IMO global sulfur cap and has undertaken “extensive work to review and assess compliance options related to its ships and shipping partners.”

Fortescue Metals Group says its innovative tug fleet and the eight purpose-built Fortescue Ore Carriers have been designed to complement the industry best practice. The company is committed to contributing to global efforts to combat climate change and supports the Paris Agreement goal of limiting global temperature rise to well below 2 degrees Celsius above pre-industrial levels, it says.

Earlier in 2019 BHP released the world’s first bulk carrier tender for LNG-fuelled transport for up to 27 million mt of its iron ore and six LNG-powered ships have either been delivered or are under construction. Introducing LNG-fuelled ships into BHP’s maritime supply chain will eliminate NOx (nitrogen oxide) and SOx (sulfur oxide) emissions and significantly reduce CO2 emissions along the busiest bulk transport route globally, the company said on its website.


Platts metals market reports feature global news, analysis, daily pricing and commentaries for major nonferrous metals, ferroalloys and steel products. Click the link below for more information; fill out the contact form and a member of Platts staff will be in touch.