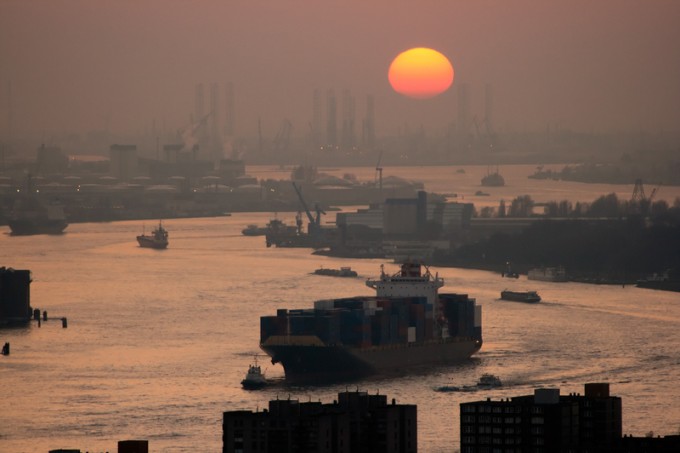 Container spot rates from Asia to Europe and the US held up reasonably well this week, on good vessel utilisation levels, but the outlook for carriers is increasingly uncertain.

The Shanghai Containerized Freight Index (SCFI) recorded a 4.1% decline for North Europe, to $764 per teu, which is still some 17% higher than the same week of a year ago, when even traditional heavy fuel oil was around a third more expensive than the compliant low-sulphur fuel.

But the trade is sending out mixed messages, according to Flexport’s head of ocean freight for the Asia-Europe trades, Martin Holst-Mikkelsen.

He told The Loadstar today that, although rates were on the decline, he was “not seeing massive drops currently in the spot market”.

“We see liftings remaining good in the coming week, and carriers are, overall, reporting decent utilisation levels,” he said.

However, he added the “outlook is increasingly uncertain a few weeks into April”, and that Flexport was hearing of “an increased number of cancelled bookings”.

“All alliances have announced blank sailings in the past week, and we are seeing announced withdrawals amounting to an average of 20% of the weekly capacity during the coming month,” he said.

Indeed, on Tuesday, 2M partners Maersk and MSC cancelled their flagship AE1/Shogun loop, scheduled to load from China to North Europe next week, after the Danish carrier reported “further reduction in demand”.

The 2M has also blanked next week’s AE20/Dragon loop for the Mediterranean, which accounts for around 22% of its weekly capacity on the route, both markets stymied by anti-coronavirus lockdowns.

For now at least, spot rates from Asia to the Mediterranean remain stable, with the SCFI component edging down just 1.3% on the week, to $880 per teu, which is around 21% higher than 12 months ago.

Until Covid-19 hit Europe, UK-based forwarder Westbound Logistics told The Loadstar today, the market had been on track for a good v-shaped recovery, with a 90%-100% return to normal bookings expected for April. However, with recent customer cancellations, the level had fallen back to around 80%.

Westbound said it had spotted a customer trend that could be placed into three categories: those cancelling orders awaiting the worst of the social distancing measures to be rescinded; importers that had cautiously slowed down orders for a few weeks; and the client that had enough cash and storage to stockpile and was bullishly getting prepared for a sudden surge of demand when restrictions on consumer shopping are eventually lifted.

Meanwhile, the transpacific market mirrored Europe, with reports of very healthy headhaul load factors of up to 95% and rates holding firm.

Carriers have also started withdrawing sailings on the transpacific, due to cancelled bookings. According to Freightos marketplace data, US shippers had been busy searching for freight bookings the previous week, with weekly search volumes reaching a high for the quarter.

But it said it was possible that these were for orders placed before the economic shutdown began.