Port worker was killed by H beam, which fell in cargo hold of reportedly, Chinese general cargo ship DA GUI, on Feb 8 during wielding works. The ship docked at Yulchon Terminal, Gwangyang, Yeosu, Korea, on Feb 7, on arrival from China. Understood some repair works were under way, not known by whom, by crew or by some local company workers.
General cargo ship DA GUI, IMO 9768564, dwt 28000, built 2017, flag China, manager COSCO SHIPPING SPECIALIZED. 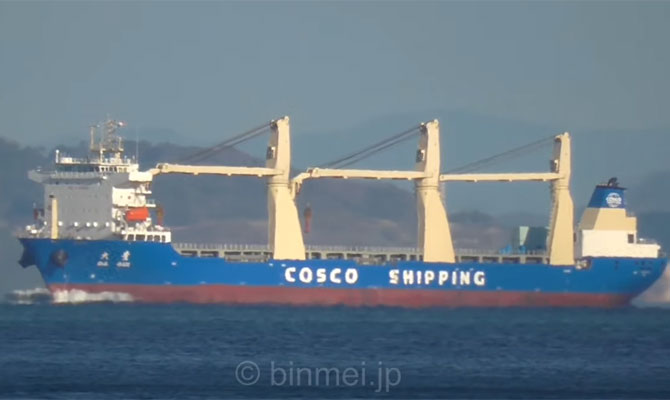 My name is Mikhail Voytenko, I’m Russian, professional merchant marine navigator, by education and former experience. I own and run Maritime Bulletin website for more than 10 years. I’ve been involved in solving a number of piracy hijack cases, including the hijack of ro-ro FAINA, loaded with tanks. It was me who made public, and unravel, freighter ARCTIC SEA mystery. I’ve been also closely involved in a number of maritime disaster, one of them being MSC FLAMINIA major fire.