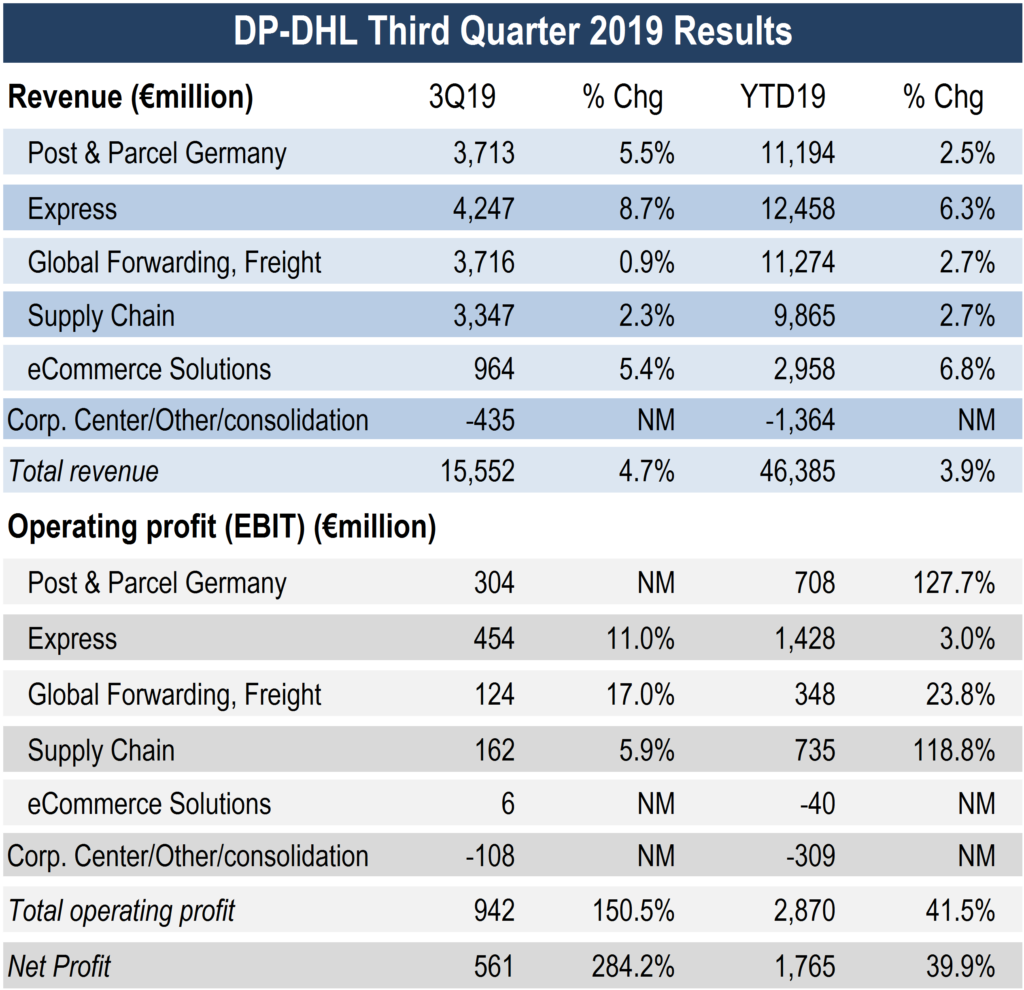 In its third-quarter 2019 earnings statement on Tuesday, Deutsche Post-DHL Group reported quarterly operating profit growth across most of its divisions, as well as year-over-year volume increases for its both its Time Definite International (TDI) and Time Definite Domestic (TDD) Express products.

The company’s break-up of its Post-eCommerce-Parcel division into the Post & Parcel Germany and eCommerce Solutions divisions also appears to be yielding success for DHL, based on its most recent earnings figures. Operating profit for the P&P division more than doubled y-o-y for the first nine months of 2019 and reported a profit for 3Q of €304 million for 3Q19, up from the €202 million loss during the same quarter of the prior year.

According to the company’s statement on the segment, the improvement in P&P EBIT reflected the “first positive impact of price increase on regulated mail products implemented at the start of Q3 (July 1).” Volumes declined slightly during the quarter for the segment, but not enough to offset the growth from the price increase.

Of the successful growth in its TDI product, the company said during a presentation that the number “includes slower B2B growth reflecting the general macro environment. At the same time, our premium cross-border B2C product still contributed very solid double-digit growth” to the YTD figure.