Dick’s Sporting Goods Hits Earnings Out of the Park

Investors can put this one particular worry to bed: The decline in its hunting business is no longer a threat to Dick’s Sporting Goods (NYSE: DKS), which reported much better than expected third-quarter earnings that showed the retailer’s strategy of minimizing the impact the hunting season has on its business is paying off.

The sporting goods retailer had a pretty low bar to step over after its controversial decision on guns last year, but instead of simply walking over the hurdle, Dicks managed to jump over it and land soundly on both feet. 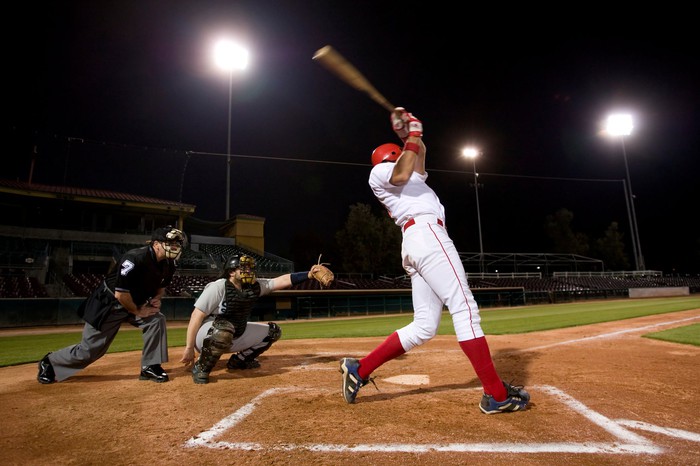 Dick’s reported net sales growth of 5.6% to $1.96 billion for the period on a 6% surge in comparable-store sales. The retailer said the comps showing was its best quarterly same-store sales performance in six years, but it also indicates that its program of swapping out low-margin, narrowly focused hunting goods in favor of products with broader appeal is working.

The retailer is trying to remake itself into an all-seasons business that resonates no matter the weather. While it still has a hunting department in most of its stores and continues to operate 27 Field & Stream stores after selling eight of them to Sportsman’s Warehouse, it is bringing in more merchandise to displace the hunting category, along with more women’s and athletic apparel, particularly its own private-label brands.

Chairman and CEO Ed Stack said in a statement, “We saw increases in both average ticket and transactions, as well as growth across each of our three primary categories of hardlines, apparel and footwear.”

Investors had an idea that Dick’s would post such strong numbers after data analytics firm Placer.ai said its measurement of store traffic patterns showed some pretty large gains heading into the third quarter when compared to a baseline.

When looking at more recent figures, Placer.ai says Dick’s enjoyed year-over-year growth each month between May and October of this year, and it reached a new peak for the period in August, when visits rose 52.7% above the baseline. That’s even better than the surge recorded in December 2017, when traffic jumped to 51.9%.

This positions Dick’s Sporting Goods to really profit come the fourth quarter. The retailer expects this to be the case, as Stack also said, “As we head into the holiday season, we remain very enthusiastic about our business, and we are pleased to increase our full year sales and earnings outlook for the third time this year.”

The increases are pretty substantial, too. Dick’s is now guiding earnings to be in the range of $3.63 to $3.73 per share, a meaningful increase from the range of $3.30 to $3.45 per share it forecast at the end of the second quarter. It’s also well above the $3.15 to $3.35 per-share guidance the sporting goods store issued at the end of last year’s fourth quarter.

Comparable sales are also expected to rise 2.5% to 3% this year, versus the 3.1% decline they suffered in 2018, and it puts a finer point on the “low single-digits” guidance it offered last quarter.

Dick’s also reiterated that it is continuing its strategic review of the hunting business, including the remaining Field & Stream stores, but it’s no surprise that Dick’s wants to get rid of it. When it’s able to post strong quarterly numbers as it has based on the strength of other sports and gear, along with its in-house brands such as CALIA, Alpine Design, and its new discount brand, DSG, there is little reason for it to stay with the hunting category.

Touching all the bases

Dick’s Sporting Goods was hit hard last year after gun owners and hunters punished the retailer for actions on guns — actions Stack had hoped to parlay into a potential bid for a third-party run for president — but the retailer has bounced back strong by focusing again on merchandise more consumers might want to buy, and then sets it up for hitting a home run next quarter and beyond.

10 stocks we like better than Dick’s Sporting Goods
When investing geniuses David and Tom Gardner have a stock tip, it can pay to listen. After all, the newsletter they have run for over a decade, Motley Fool Stock Advisor, has quadrupled the market.*

David and Tom just revealed what they believe are the ten best stocks for investors to buy right now… and Dick’s Sporting Goods wasn’t one of them! That’s right — they think these 10 stocks are even better buys.