The 901 is your morning blend of Memphis news and commentary 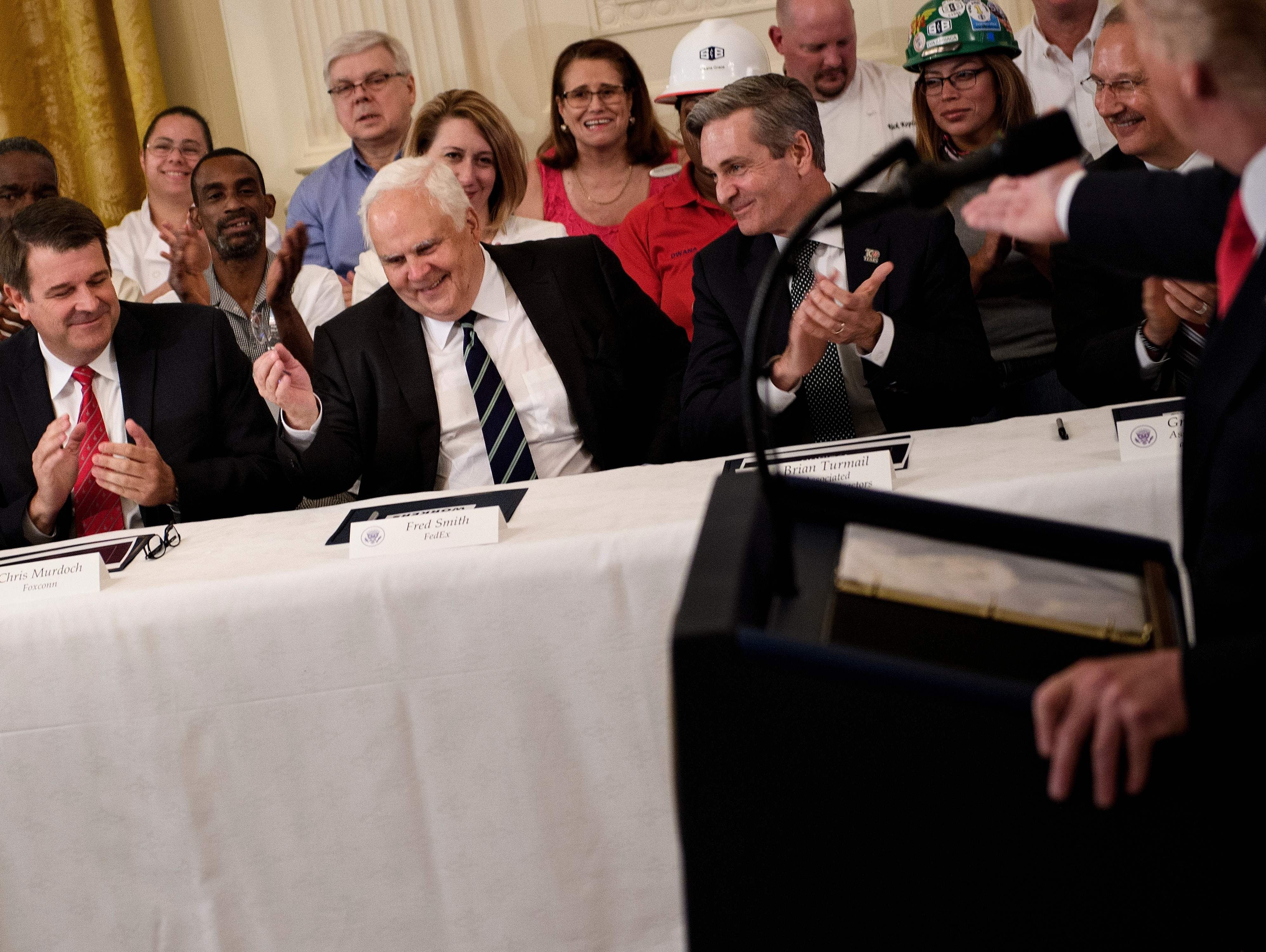 Good morning from Memphis, where Shelby Farms Park is preparing to host Ironman — the triathlon, not Robert Downey Jr. — in 2020. But first …

Well, if we’re talking about corporate capital investments triggered by the cuts, the answer seems to be “not very” based on a review of S&P 500 index companies, The New York Times reported Sunday. And the company the Old Grey Lady picked to be the poster child of its expose was none other than Memphis-based shipping giant FedEx.

Which didn’t sit well with FedEx or its founder Fred Smith, our Max Garland reports.

Smith disputed the findings of The NYT — although he didn’t say what exactly the report got wrong. Per The NYT, the tax cut reduced FedEx’s effective tax rate from 34% to zero, saving the company $1.6 billion so far. Although some of the windfall went to capital investments, much went to reducing future tax liabilities and doubling stock buybacks and dividend increases in fiscal year 2019 from 2017, The NYT reports.

In a statement after the story’s publication, Smith pointed out that The NYT cut its own capital investments almost in half the year after the tax cut — a sick burn, as the kids say — and then challenged the media company’s publisher and business section editor to a public debate about federal tax policy and the benefits of the tax cuts.

Congressman David Kustoff, R-Germantown, didn’t miss the chance to score a few brownie points with Trump and bash one of the president’s favorite targets:

In typical @nytimes fashion they distorted the facts to fit their narrative. Our economy is soaring, thanks to @realDonaldTrump‘s tax cuts & that has allowed @FedEx to invest in their employees & our economy. I applaud CEO Fred Smith for defending Fedex against the corrupt media pic.twitter.com/MNfnS65QJ9

The Times responded, as Smith probably expected it would, by calling his “colorful” response a “stunt and an effort to distract from the findings of our story,” Max reports.

So, what to make of all of this? What’s not up for debate is whether corporations were big beneficiaries of the tax cut. They were, and shareholders benefited, without doubt.

But the dispute between FedEx and The NYT seems to be less over the facts than how to interpret them. FedEx had fewer capital expenditures than projected, sure. But facing a global slowdown, would FedEx have made even fewer investments without a tax cut? Without the tax cut, would it still have done the stock buybacks and dividends?

And that seems like a key point The Times downplays until the very end of its article, when the reporters quote Matthew Gardner, an analyst at the liberal Institute on Taxation and Economic Policy in Washington. Gardner admits what any economist knows: that the effects of tax cuts are complicated and difficult to measure. Part of Gardner’s quote:

“The obvious question is whether you can draw any line, any connection between the tax breaks they’re getting, ostensibly designed to encourage capital expenditures, and what they’re actually doing. And it’s just impossible to know.”

Speaking of FedEx: The company just announced a plan to exclude new hires from its pension fund but offer them a higher match on their 401ks, our Max Garland reports. Also, a Memphis International Airport Police report gives new details of how an employee died at FedEx’s shipping hub, our Micaela Watts reports. The family seems to be preparing to file a wrongful death lawsuit against FedEx, Max also reports.

At this point, it’s hardly a question whether Shelby Farms Park will host Ironman in 2020.

As our Sam Hardiman reports, the well-known triathlon series last week tweeted out this pixelated image of the “Memphis” sign in Tom Lee Park:

And then Ironman tweeted a photo of Shelby Farms Park yesterday that was then reweeted by the park’s social media account:

So, yes: Ironman is coming to Memphis in 2020. Stay tuned to commercialappeal.com and my column tomorrow for more details from today’s announcement.

In a “progressive leap,” Memphis Public Library yesterday announced it would forgive all outstanding late fees and stop charging them in the future, our Sam Hardiman reports.

The move will clear $82,000 in uncollected fees and, fingers crossed, could revive some of the library’s 190,000 dormant accounts, Sam reports. To put that massive number of dormant accounts in perspective, that’s equivalent to 28% of the city’s population.

The library’s statement on the change:

“We are excited to say that this is a huge step towards elimination of barriers [to] access of materials and books. We are thrilled to be among the first libraries in the nation to eliminate fines, so this is a major step forward for Memphis,” Keenon McCloy, director of Memphis Public Library, said in a statement.

Maybe late fees teach some kids personal responsibility. Maybe. But I wasn’t one of those kids. Instead, for many people, the late fees are a deterrent to going back to the library. And in a city that struggles with illiteracy and poverty, deterring kids from making books and libraries a central part of their childhoods is a self-defeating policy.

The Memphis City Council has a packed agenda today. Some items to watch:

Speaking of Downtown development: Our Ted Evanoff has a deep dive into the explosive growth in Downtown Memphis.

Memphis Americana artist Grace Askew, a contestant on the fourth season of NBC singing competition show “The Voice,” seems a little frustrated with the Memphis music scene in the new trailer for her upcoming music documentary “Tumbleweed Woman.”

That’s not the first time Memphians have heard the criticism — and there’s truth to it.

But either way, the music in the trailer, from Askew’s 2019 album “Denim & Diesel,” is some of Askew’s best. That first song is the album’s title track, by the way.

Like The Fadeout? The 901’s Spotify playlist has all of the available featured songs from local artists.

Columnist Ryan Poe writes The 901, a running commentary on all things Memphis. Reach him at [email protected] and on Twitter @ryanpoe.

Want to support local journalism? A Commercial Appeal subscription gives you unlimited access to stories and columns. You also get the ability to tap into news from the USA TODAY Network’s 109 local sites across the country.