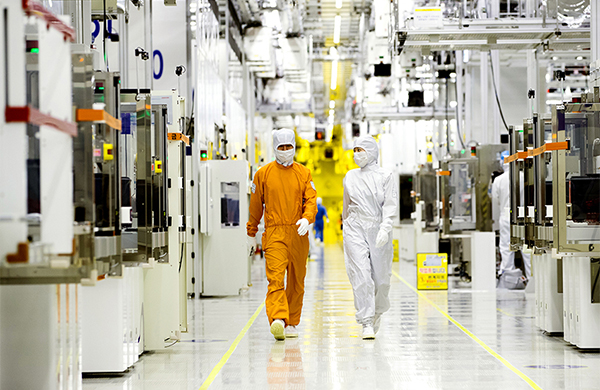 The surge in expensive short-term debt and inventory levels raise alarm about the Korean Inc. in addition to the questions on future competitiveness from weakening growth potentials and competiveness.

According to an analysis by Maeil Business Newspaper, the combined cash and cash equivalent balances of the country’s 30 biggest companies fell by 2.5 percent from 76.3 trillion won ($65 billion) at the end of 2018 to 74.4 trillion won at the end of September 2019.

In contrast, their combined inventory assets soared 9.3 percent to 108.3 trillion won during the same period. Twenty three out of the 30 companies experienced a rise in their inventory levels this year, with Samsung Electronics, Hyundai Motor and SK Hynix posting an increase of over 1 trillion won.

A silver lining against the worsening financial balance of Korea’s headline companies is they nevertheless have been making bold investment moves for R&D despite a sales decline, meaning that they recognize the industry is being driven by new game-changing market trends.

R&D spending by the top 30 companies in the first three quarters of this year amounted to 26.39 trillion won, close to 80 percent of what they spent for full 2018 and is set to break the previous record. SK Hynix ranked first in the share of R&D spending against sales with 11.6 percent. In absolute terms, Samsung Electronics was the largest R&D investor with 15.28 trillion won, which accounted for 9 percent of its sales this year.

Korean companies are focusing their investments among emerging and disruptive technologies such as mobility, artificial intelligence, big data, and the Internet of Things, a chief executive of a large Korean company said, adding that they will manage to endure for the time being with belt-tightening measures.

Still there is a sense of crisis that they could helplessly collapse in the manufacturing crisis that could hit the country within 10 years after their technology investment capacity is exhausted. They need to make a drastic improvement in the business environment before it is too late, the CEO stressed.

By Kang Gye-man and Minu Kim