Two national cargo theft reports found that top targets for thieves during the third quarter included food and beverages, electronics and nonconsumable household goods such as vacuum cleaners and cleaning products, but while one report found an increase in thefts, the other reported a decline.

Keith Lewis, CargoNet vice president of operations, said his company’s third-quarter report shows the top cargo target was household goods, followed by electronics. The CargoNet report, which has not been made public yet, shows 123 cargo thefts in the third quarter, down 37% from 169 thefts in the comparable period in 2018. Thirty-three thefts came in drop yards, Lewis said, while 30 happened at truck stops.

“Truthfully, year after year, it’s pretty static,” Lewis said about vulnerable cities. “Those are always going to be high-theft areas.” 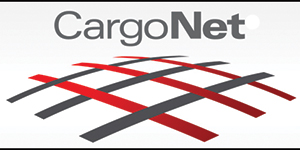 Leading the report in thefts is Fontana, Calif., with eight. Memphis and Miami tie for second, with six each, Lewis said.

SensiGuard, a division of United Technologies, reported 165 cargo thefts in its third-quarter report, a 3% increase from the 2018 quarter. SensiGuard estimates the average value of cargo at $155,709. (Lewis said CargoNet does not estimate the average values, since police reports can be inaccurate.)

The SensiGuard report noted at least one cargo theft in the third quarter exceeded $1 million in value.

A possible reason California led in the quarter was the state is full of cargo as shippers rush to beat tariffs placed on China.

“As volumes and values continue to rise, the organized cargo thief is still shifting tactics to evade capture,” the report reads.“As cargo thieves continually adapt to the evolving logistical security landscape, new threats will take shape in the form of new theft methods.”

One example is “fictitious pickups,” in which thieves arrive at a facilities posing as truck drivers.

“High value or low security will not be the only determining factors in theft risk to cargo as thieves will adjust to the increased risk and modify their efforts accordingly,” the report concludes.

Scott Cornell, a crime and theft investigator and national practice lead for The Travelers Co., told TT that one reason numbers vary in reports is that the federal government does not collect cargo theft numbers. Additionally, theft reporting is voluntary, making the data unsteady, he said. 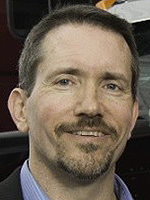 A trend Cornell said he has spotted is the spread of pilfering raids. Since 2014, many thieves have used pilferage as a way to avoid “straight theft,” which is when they steal the entire cargo load, or “strategic theft,” in which the thief poses as a driver or loader. In pilfering, the thieves simply open the trailer doors and make off with what they can, Cornell said. It is a form of theft that was not widely reported before 2014, Cornell said. One of the reasons why, he said, is shippers often did not know at what point in the journey the theft was committed.

For accounting purposes, the loss was simply added to “OSD”: overages, shortages and damages.

“A lot of [carriers] will simply chalk it up to that because the value was low,” Cornell said.

He said his research shows after the Great Recession of 2007-09, food and beverages overtook electronics as the top target of cargo thieves. Favorite theft targets are energy drinks, frozen meats and frozen foods, Cornell said. Food and drink also are easy evidence for criminals to be rid of, as they disappear once consumed, he said.

But electronics remain a consistent favorite of cargo thieves. Cornell warned they will be a seasonal target, too.

“Look at the time of year,” he said. “We are coming up on Christmas. We see a bump in theft in the fourth quarter.”