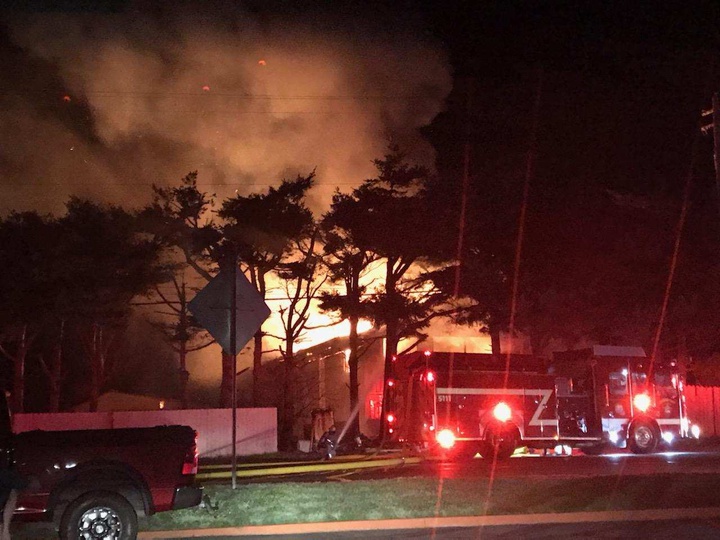 A fire broke out late Thursday night in a warehouse located in the 1500 block of Oregon Street. The fire was reported at 10:23 PM with multiple 911 calls reporting a large fire near Washington Blvd and Northcrest. Those calling in said they could hear vehicles exploding inside a warehouse directly behind the Northcrest Patriot Gas Station. It was also reported that an individual, then later a second person may have been in the fire building, but the individuals were located away from the fire scene.

The warehouse, used to store vehicles and other items, was heavily involved with fire as responders arrived. The fire building sits just 18 feet from the back of the Northcrest Patriot Gas station, and 35 feet from the large warehouse occupied by Humboldt Moving & Storage. Protecting the neighboring businesses from fire spread was of primary concern, and hoselines and the ladder truck were positioned to protect those buildings while other firefighters attacked the fire. It took just over an hour for the firefighters to knock down the fire, and crews remained on scene for another two hours extinguishing hotspots and confirming no victims were inside. Vehicles inside the burning warehouse were a total loss. The warehouse remains standing though was heavily damaged. The gas station and moving and storage building were unharmed.

It was reported that there has been transient activity in and around the warehouse. The fire cause is suspicious and remains under investigation. There were no injuries reported to bystanders, law enforcement officers, or to the more than 30 volunteer firefighters who put out the fire. 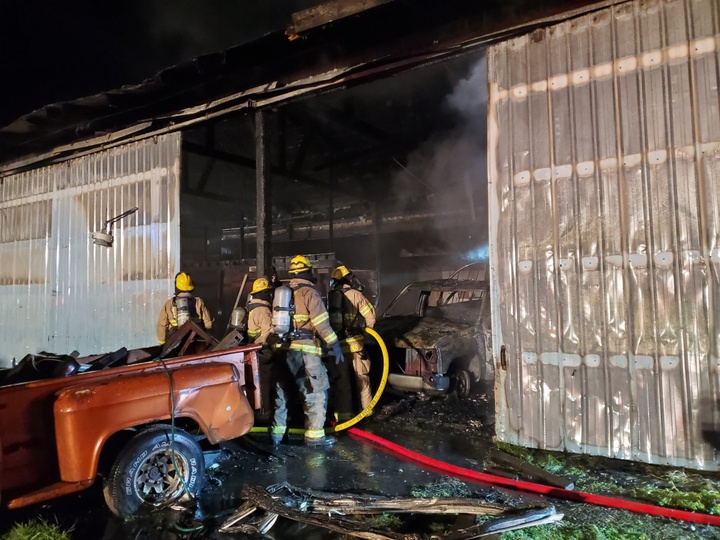