Share on FacebookShare on Twitter
Firemen spray water onto a burning plastics factory in Samut Prakan’s Muang district in the early hours of Saturday. (Photo by Sutthiwit Chayutworakan)

SAMUT PRAKAN: A fire raged through a plastics factory and a nearby mattress warehouse in Muang district in the early hours of Saturday, destroying equipment and three pickup trucks but there were no casualties.

The fire broke out at the factory on Soi Thetsaban Bang Poo 59 in tambon Ban Thaimai at about 3.30am, said Pol Lt Col Wut Phutphanon, investigation chief of Muang police station.

More than 10 fire trucks and crews rushing to the scene took more than two hours to put out the fire, which completely destroyed the factory and the adjacent mattress warehouse. Three pickup trucks parked in front of the warehouse were also burnt.

The damage has yet to be estimated, said police.

Police believe the fire was caused by an electric short circuit. Forensic officers would be sent to collect evidence to help the investigators find the cause of the blaze.

They were looking for the owner of the factory, where no name board was installed. 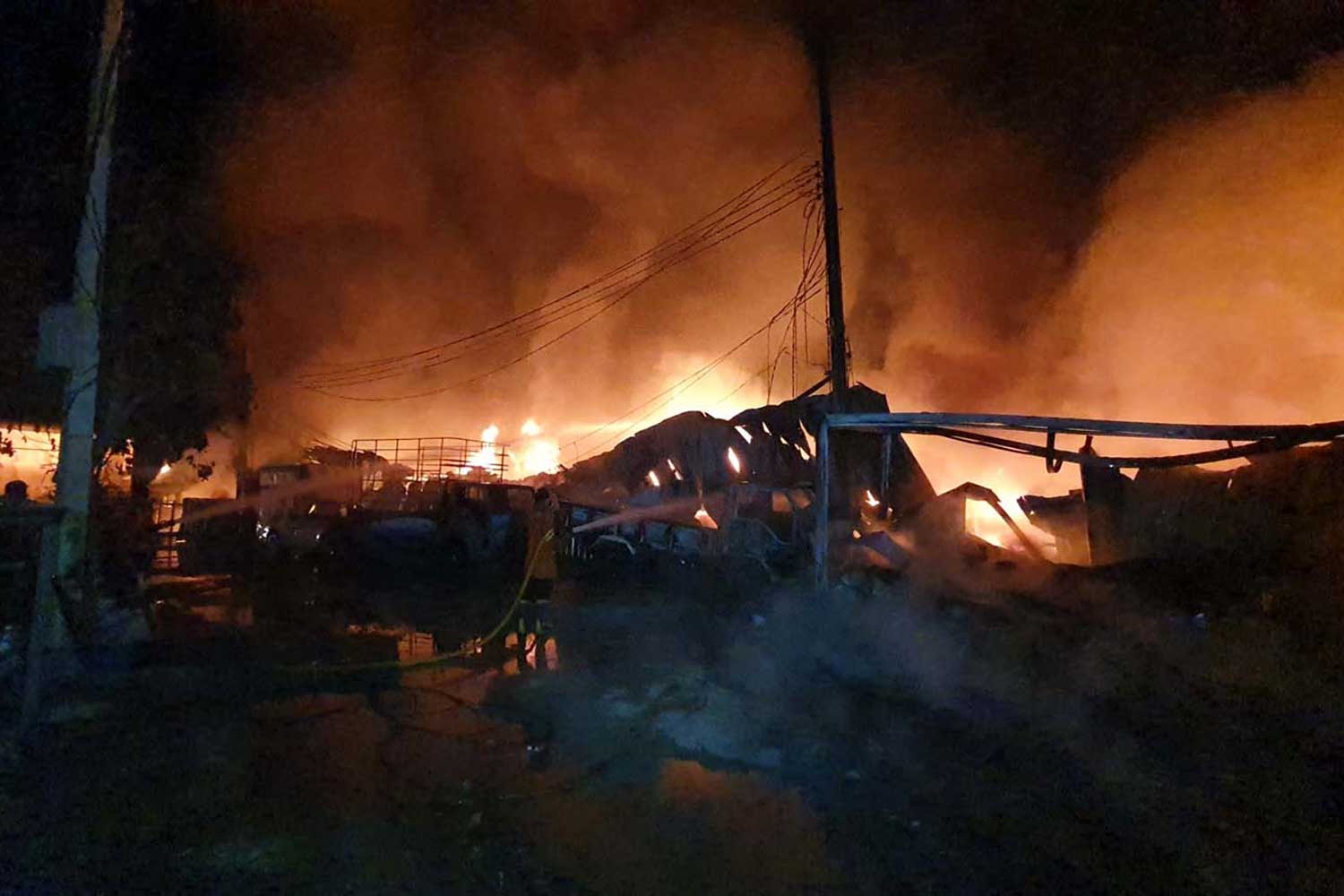 A fire rages through a plastic factory and a nearby warehouse in Muang district of Samut Prakan in the early hours of Saturday. Damage has yet to be estimated but the blaze causes no casualties. (Photo by Sutthiwit Chayutworakan)