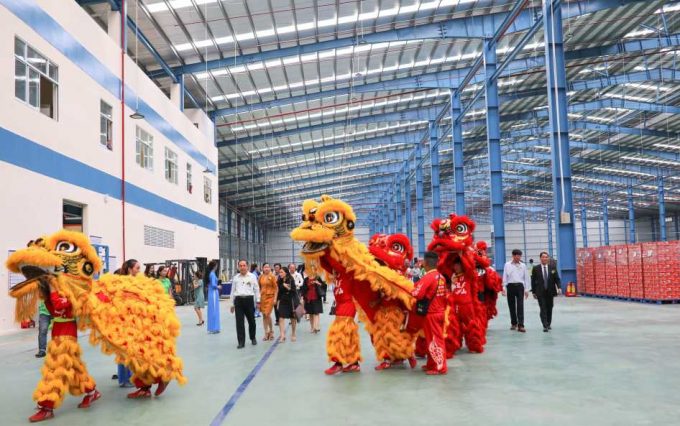 Located in Thu Dau Mot City, around 30km from the southern commercial capital, the cross-dock facility will serve as a vital hub for Flexport’s South-east Asia operations, the company said.

“As more businesses move to diversify supply chains, they are seeking strategic locations to better serve them,” Flexport noted.

“One ripple effect of the US-China trade war has been a shift of manufacturing and production of goods from mainland China to South-east Asia.

“In fact, [US] freight volumes from January to September this year show absolute volumes grew by 32% from Vietnam, according to US Customs manifest data.”

However, according to the forwarder, moving supply chains to Vietnam – and South-east Asia in general – has proved “easier said than done” for some customers, due to constraints in the region’s infrastructure and a lack of suitably skilled labour to support manufacturing on the same scale as China.

“Shippers are encountering port and road congestion, as well as restricted trucking areas in cities such as Ho Chi Minh, leading to delays in their supply chain.

“At a time when there is infinite global uncertainty and shippers are looking for creative solutions to keep their supply chains fluid, the new CFS facility is critical,” Flexport added.

The forwarder says its dedicated space at the ITL-operated facility will help customers “navigate the infrastructure challenges”, since it is located at the “epicentre of garment and footwear manufacturing in South Vietnam, as well as in close proximity to inland container depots”.

“The location of the warehouse is key,” a Flexport spokeswoman told The Loadstar. “It’s outside the restricted trucking areas and provides Flexport clients with more flexibility.”

ITL is Vietnam’s fourth-largest logistics company, and describes itself as a full-service, asset-based logistics provider.

Flexport said ITL staff would ensure customers had end-to-end visibility of their cargo by providing real-time updates in the Flexport app, including cargo-in and cargo-out milestones and cargo receipts.

The CFS will be used to support Flexport’s weekly consolidation services from Ho Chi Minh City to Los Angeles, New York and Rotterdam.

Meanwhile, Vietnam’s port volumes have grown by double-digits in recent years, reaching nearly 13m teu last year on the back of the country’s booming export industry.

The Cai Mep-Thi Vai deepwater port complex experienced the fastest growth after years of under-use, with volumes jumping 21% in 2018, according to the Vietnam Seaports Association (VPA).

Shippers traditionally preferred river terminals closer to central Ho Chi Minh City, but congestion and the need for bigger ships appears to be shifting the balance. Furthermore, the US-China trade war is driving demand for a greater number of direct transpacific services from Vietnam.

“For free on board (FOB), full containerload (FCL) shipments, Flexport clients drop off both directly at the port of Cai Mep-Thi Vai and at the river terminals,” the Flexport spokeswoman said. “We typically recommend Cai Mep-Thi Vai for a smoother connection, but ultimately it comes down to the location of the supplier and the payment terms a client has with the supplier.

“However, clients that use our warehousing services don’t need to take these factors into consideration. Since we manage a client’s cargo consolidations, we ultimately choose the port and transport the cargo to meet cut-off times,” she said.