Gene Sperling is THAT guy in the White House

Welcome to POLITICO’s West Wing Playbook, your guide to the people and power centers in the Biden administration. With help from Allie Bice.

It’s hard for a White House meeting with GENE SPERLING to end without a lengthy war story about his experiences in the Clinton or Obama administrations, and it’s driving some of his colleagues a little bit crazy.

Sperling doesn’t deny he’s that guy in the Biden White House. The former director of the National Economic Council for the 42nd and 44th president is now overseeing the $1.9 trillion American Rescue Plan (ARP). And he copped to West Wing Playbook that he does have a tendency to reminisce.

“The first time I walked into the West Wing, I was very conscious of how much younger I was than everybody else,” he said. “Twenty-eight years later, yes, I have to confess to now being the gray hair, who’s doing the ‘back in my day’ stories. In all seriousness, I think that having been through multiple experiences with things that went both right and wrong is helpful in a job like this, but I will have to try to limit my ‘well back in my day’ stories.”

Sperling has the pivotal task of implementing Biden’s signature piece of legislation to address Covid-19; many Biden aides expect that voters will judge Biden’s presidency largely on his response to the pandemic.

Much of the actual policy implementation occurs at the Cabinet and agency level, but Biden, who managed the 2009 stimulus bill as vice president with his then-chief of staff RON KLAIN, picked Sperling to work from the White House to help make sure nothing goes wrong.

So Sperling finds himself back in the White House, working with many of the same people who used to work for him such as NEC director BRIAN DEESE and counselor to the Treasury Secretary JACOB LEIBENLUFT, who are both involved in the implementation of ARP.

The 62-year-old Sperling has settled back into his frenetic West Wing routine, with regular calls to aides and agencies at all times of the day and night. He has been given a “small, but serious and nimble” team, in the words of Deese, and jumps from the Hill, to Zooms with Governors, to calls with outside progressive groups.

One senior team member, however, has already left — veteran Democratic operative TY MATSDORF, who most recently worked at the Messina Group. A White House official said Matsdorf’s departure was mutual and a natural consequence of the team evolving. The person added that the White House is a bit crazy and isn’t always the best workplace for people, like Matsdorf, who have children. Matsdorf did not respond to requests for comment.

The remaining team oversees the $1.9 trillion plan. MAGGIE POLACHEK, who was originally slotted to be NEERA TANDEN’s chief of staff at the Office of Management and Budget before Tenden’s nomination was pulled, helps manage the team and its external communications.

Some of the Covid rescue package is already completed — checks were distributed, vaccines made widely and freely available — but Sperling’s team is in the midst of trying to address several emerging complications.

The most pressing challenge occupying much of Sperling’s time is implementing the expansion of the child tax credit, with IRS payments supposed to begin on July 15th. The ARP expanded the benefit, which costs about $150 billion a year, for just one year, but Biden is currently proposing to extend it until 2025.

The political prospects of the extension could hinge on whether the Biden administration can successfully enroll families in the program and send out checks promptly with minimal fraud. Building out the capability has been difficult, the White House acknowledged.

“It’s easy to say in concept, but when something like that has never been done before, it’s obviously very challenging. So I think that that’s probably, that’s certainly up there [as a challenge],” said Deese.

Sperling sounds undaunted. “I actually still feel quite young,” he said before adding: “Then I have to realize that however I feel, I look like the 62-year old gray-haired guy to everybody else on the Zoom call.”

SCOTT BUCKHOUT, his former assistant at the NEC during the Obama administration recalls that Sperling often played basketball with the much younger aides. “He had some experience on us in years but he would go all out,” Buckhout said. “He wouldn’t even need to sit. I would need to sit.”

Do you work in the Biden administration? Are you in touch with the White House? Are you GENE SPERLING?

We want to hear from you — and we’ll keep you anonymous: [email protected]. Or if you want to stay really anonymous send us a tip through SecureDrop, Signal, Telegram, or Whatsapp here.

A message from Walmart:

Did you know that 75% of Walmart’s U.S. store management started as hourly associates? Learn more about Walmart’s commitment to helping associates build their own futures and launch careers.

Which first lady had the first kitchen stove installed in the White House?

(Answer at the bottom.)

MAKE LIKE A TREE AND STOP THIS — The White House this afternoon confirmed reporting from Playbook that it has begun referring to the bipartisan infrastructure package as an acronym: BIF (for Bipartisan Infrastructure Framework).

That seems like a deeply unfortunate moniker for a bill the president is framing as historic, considering it is the name of one of the more memorably noxious characters in cinematic history (whose later-in-life depiction was inspired by Donald Trump).

But there was White House press secretary JEN PSAKI telling reporters today, “let’s make BIF happen.” And there was Energy Secretary JENNIFER GRANHOLM tweeting about how the bill was a “BIF deal!”

We asked the White House if everyone at 1600 Penn was on board with this monstrosity, since we’ve heard rumblings that there was dissent in the ranks. We did not hear back.

Fwiw: The president, who often strikes all acronyms from speeches because he thinks voters don’t understand them, doesn’t seem to have gotten the memo. In his remarks in Illinois this afternoon, he kept referring to the package as the bipartisan infrastructure agreement, which would shorten to … BIA.

IN CONCLUSION: Biden seemed almost apologetic as he wrapped up his roughly half-hour speech touting the benefits of his “Build Back Better” agenda (BIF + what was left on the cutting room floor from that agreement + his American Families Plan). “I know that’s a boring speech,” he told the crowd, “but it’s an important speech.”

MEA CULPA — Yesterday, we said Biden’s “We can do this” backdrop promoting vaccines was a “new slogan.” It struck both us and NBC as fresh, but Biden did prominently use the slogan in early April. We feel stupid about the error. 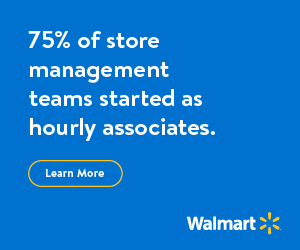 ABOUT THAT “MONTH OF ACTION” — This morning, NATASHA KORECKI wrote a fabulous story on the limits of the Biden administration’s push to ease vaccine hesitancy. She went back to a Chicago barbershop that second gentleman DOUG EMHOFF traveled to just the other week and found a lot of resistance to getting a vaccine. She wasn’t able to put everything in her story so here is one full exchange from her notebook that we thought was interesting.

“Hey, look. We know a lot of crackheads. We know no crackheads dying from Covid,” barber TRAVIS PERRY said.

“Yeah, no face masks, they’re right behind each other, with the pipes,” joked his customer, C.J. AYERS.

The two laughed. The point they were trying to get across: The issues their neighborhood is facing – addiction, gun violence, kids getting killed – run so deep they could hardly think about a pandemic.

An interview with Jason Furman, former chair of the Council of Economic Advisers (Noah Smith via Substack)

Transportation Secretary PETE BUTTIGEG on MSNBC’s “The Reid Out” with JOY REID at 7 p.m.

The president participated in a meeting with administration officials in the Situation Room, discussing a response to recent ransomware attacks.

Biden then traveled to Crystal Lake, Ill., where he toured McHenry County College and delivered remarks about his “Build Back Better” agenda.

She attended the White House meeting on ransomware.

We previously reported that EPA Administrator MICHAEL REGAN was model material in high school and college — like, literally model material. He was in a modeling club when he attended North Carolina A&T State University.

This, apparently, made him quite the catch. At NC A&T, Regan attended homecoming three years in a row, and escorted a different date each time, according to an E&E News February profile.

In 1995, he accompanied Miss Goldsboro Aggie Club to the dance. In 1996, Miss Environmental Science Club and in 1997, Miss Golden Key. The profile doesn’t reveal their names, but judging by where he ended up in life, we are going to assume that the ‘96 date was the best of the bunch.

If you attended homecoming with Regan, hit us up! Tip lines are open.

We want your tips, but we also want your feedback. What should we be covering in this newsletter that we’re not? What are we getting wrong? Please let us know.

A message from Walmart:

Walmart is focused on creating opportunities that help their associates build their own futures and launch a career. That’s why the retailer offers benefits like Live Better U, a $1-a-day-degree program available to eligible employees on their first day of employment. And, why two-thirds of U.S. store-level roles will be full-time, with consistent schedules, by the end of the fiscal year.